By NewsroomApril 21, 2022Wildlife Crime
No Comments 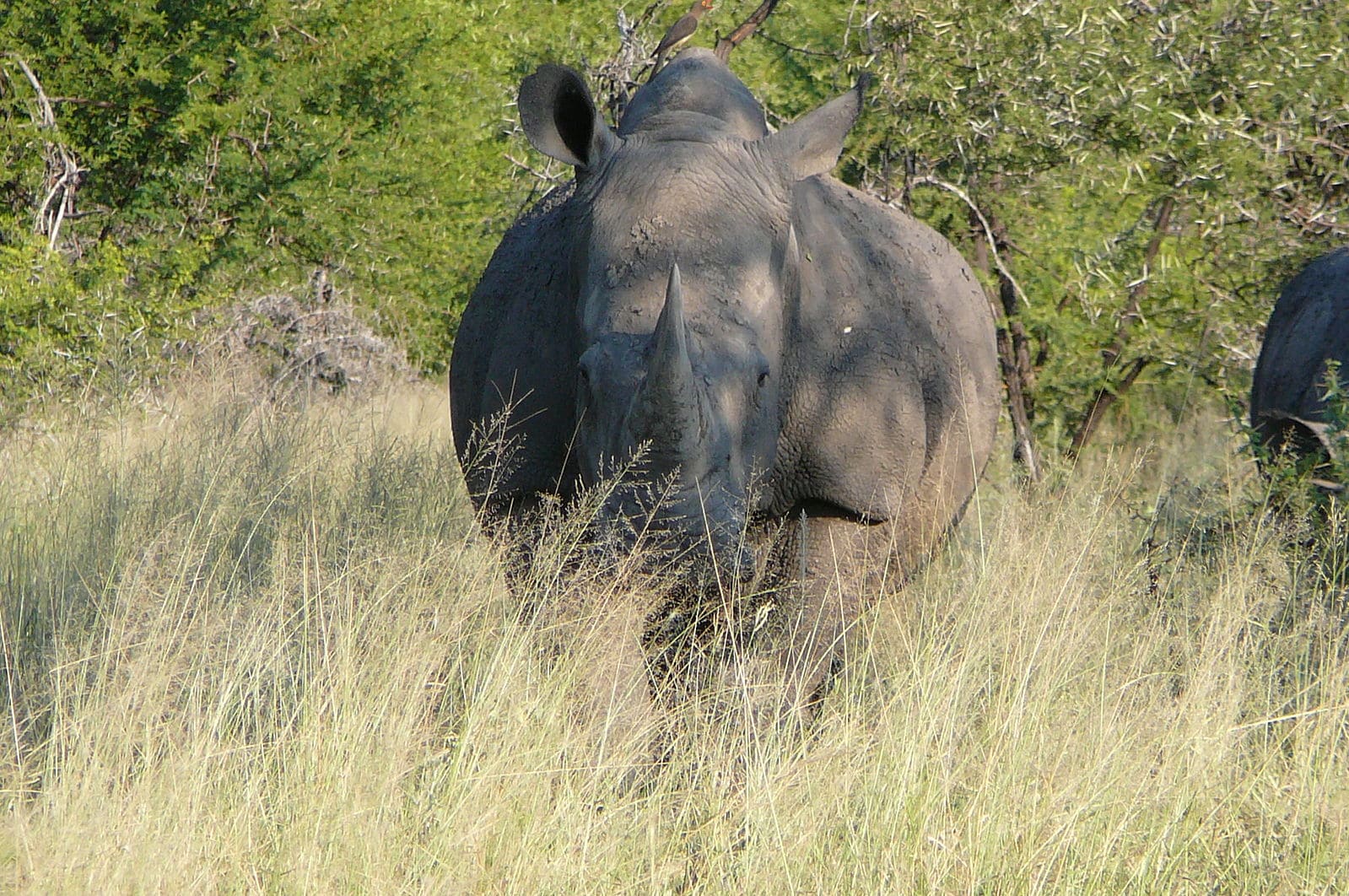 Conservation critics often overlook a key driver of endemic rhino poaching in South Africa: the complicity of those meant to uphold the law.

So says Ian Glenn, author of a soon-to-be-released research paper titled, Framing the Kruger National Park. And he reckons endemic poaching will continue unabated until this is “ruthlessly addressed”.

Glenn remembers childhood visits to Kruger with more than a little nostalgic fondness, even if the game was sometimes hard to spot from the cramped back seat of the family sedan.

A lifetime later, the writer and scholar’s affections for what he calls “the most significant national park in Africa” remain undimmed. His views on its critics and those who take potshots at the country’s approach to conservation and wildlife crime are, however, another matter.

“Most of the critiques from foreign academics, in particular, are repetitive, riddled with errors, sociologically naïve, methodologically suspect and ideologically driven,” he says in the opening salvo of a paper, Framing the Kruger National Park, which he expects to see published soon.

In a Zoom interview, Glenn talked about why he feels the academics have got it wrong and even failed in some cases to acknowledge as much publicly when presented with evidence. He also spoke about some of the difficulties facing Kruger as it deals with a poaching crisis and, on a happier subject, discussed his new book, a homage to the subcontinent’s pioneering wildlife filmmakers.

The book, now at an advanced stage in the publishing process, has been a mammoth undertaking. Glenn has spent hundreds of hours interviewing filmmakers and watched more than 200 wildlife films — from monochrome glimpses of the natural world in the 1930s to overt warnings of a looming environmental crisis in the 1980s.

“Film and conservation are strongly allied,” says Glenn. There is, he adds, a sense of purpose behind wildlife films: to instil an awareness of the wilderness, with calls to action that offer real optimism — an antidote to all the doomsday media out there.

Glenn, 73, angles his wiry 1.9m frame toward the camera and settles himself in a storyteller’s manner.

When he was growing up, Glenn’s family moved frequently, from his birthplace Pretoria to Northern Rhodesia (now Zambia) and to the KwaZulu-Natal South Coast. He saw a fair bit of country along the way. At Estcourt High School he came under the spell of headmaster Reg Pearse, author of the “magnificent classic”, Barrier of Spears, about the Drakensberg mountain range. Pearse inspired a lifelong love of the wild in many of his young charges, but for Glenn, this took a somewhat different direction.

Tremendously bookish as a youngster, he pursued a career as a literary and communications scholar and so came to conservation from a humanities perspective.

Conservation, he says, has been a sidestep, not a starting point. Yes, he retains his childhood affection for Kruger and there are family ties too (his mother and sister’s ashes are scattered there). But his present focus on the park owes more to research on pioneering wildlife filmmakers like Dieter Plage and David and Carol Hughes.

“I should make my lack of credentials clear,” says Glenn, acknowledging he has no professional qualifications in ecology or any of the biological sciences. But when it comes to scholarly writing in general, he feels on familiar ground — and he expects other commentators from the academies to uphold the accepted standards of accuracy, fairness and rigour.

That they failed to do so, he says, prompted Framing the Kruger National Park. In a nutshell, it skewers foreign critics of Kruger who, Glenn feels, betray a limited experience of circumstances in Africa in general and of the park in particular. And it accuses them of distorting or ignoring the historical record.

There is plenty of evidence, including from before recorded history, that both man and animals lived on the land that would eventually become Kruger and its adjoining private reserves (collectively known as Greater Kruger). The eviction of indigenous inhabitants began more than 100 years ago, culminating in the park’s creation in 1926. With it came the ideal, for some, of a pristine “wilderness”, conceived as a place without people.

The legacy of exclusion endures, but Glenn argues that many critics, for ideological reasons, exaggerate the number of people displaced from their land or otherwise affected. They distort too, he says, the motives for anti-poaching measures and the realities that require these.

This serves to legitimise poaching as something happening on “stolen” land, popularising the idea that the crime is the inevitable consequence of dispossession.

“Some foreign academics may see poaching as resulting from deprivation and land claims, but that view strikes me as naive and out of touch with the realities of criminal gangs and corruption,” he tells me.

“In reality, they are career criminals who moved from car theft or people trafficking. This is just their latest gig.”

It’s easy to leap to the conclusion that poverty lies at the root of poaching, he says. Some 2.9 million people live within 50km of Greater Kruger’s boundaries — according to a 2020 study by the University of Florida and SA National Parks — and other studies put the poverty rate in neighbouring Mpumalanaga and Limpopo provinces at 50%. That’s an awful lot of needy people, but subtle, cultural forces should not be overlooked.

People seek more than an escape from poverty. They recognise inequality and yearn for dignity, opportunity and many other things beyond putting bread on the table. Young men, to put things in simple terms, will always want hot wheels and women and they’ll hunt for ways to pay for these.

None of this is clear cut, nor are solutions to the illegal wildlife trade easy. Yet “visiting experts” — blinkered academics from abroad, as Glenn sees them — come to the problem with pet theories, ignoring the realities on the ground and the published record.

In many cases, he adds, foreign NGOs are more concerned with “signalling stances to their constituencies than with dealing with the realities and responsibilities on the ground”.

Some consider themselves authorities on Kruger, but he argues in his paper there are “few signs that the critics have studied the archival evidence or insider accounts”.

Local authorities have sometimes complained to him that information they give to visiting academics is simply ignored when it does not fit their preconceived notions.

Then there’s the contentious “fortress conservation” model to consider.

It describes Kruger and other parks where fence lines and gates are used to restrict access to nature in order to protect it. The model is roundly criticised by idealists and Glenn takes their point. But he isn’t impressed by the alternatives.

“Fortress conservation is the worst, except for all the others,” he says.

And while fortress conservation and the extent to which it alienates people living outside its fences often dominate the critical discourse, Glenn is concerned that critics overlook or devalue the sacredness of the protected space.

He speaks of a “disappointing failure… to examine how and why the Kruger Park has mattered and matters to a wide range of South Africans”.

He is incensed by academics who frame Kruger as a one-time colonial happy hunting ground turned playground for the privileged, or who paint anti-poaching initiatives “as akin to the War on Terror”.

Critics are also ignorant of the financial pressures Kruger faces and dismissive of the good work it does, he says, pointing out that the park strives to provide the South African public with relatively affordable access to the Big Five while supporting international tourism — “a major earner of foreign exchange for economies in the region”.

In the aftershocks of Covid-19, which robbed Kruger of vital tourism revenue, it must find ways to conserve iconic species with dwindling resources. By SANParks’ own admission, it’s caught in a cycle of crisis management to “keep the lights on”.

Does he see a possibility for conservationists and poachers to find common ground on how Kruger’s wildlife resources — its natural capital — can be used?

“The trouble with rhino poaching is that you can have all the incentives you want, but how do you dissuade those people?” Glenn says.

“I don’t know that one can find a compromise with commercial poachers easily. The obvious solution, which I have a lot of sympathy for, is that crocodiles and ostriches were saved from extinction by commercial farming. Could the same be true for rhinos?”

He answers his own question by suggesting that “only demand reduction in Asia” will ultimately stop poaching.

“Given that Taiwan, for example, has stopped using rhino horn, this is not impossible, but obviously difficult.”

What about lessons from elsewhere in Africa? After all, other countries on the continent are grappling with many of the difficulties South Africa faces — from the illegal wildlife trade to climate change, to the impact of Covid on parks and tourism.

Other African countries have sometimes taken a “tougher and more successful stance against poaching”, but “the political will to do the same thing in South Africa is lacking and perhaps the administrative capacity”, he says.

“The serious academic work on poaching in Africa sees it as far more linked to corruption than to poverty, and it is no accident that poaching spiked (in South Africa) during the period of State Capture,” says Glenn.

Drawing on his own research, including a great deal of time spent monitoring poaching cases at the Skukuza Magistrates’ Court within the Kruger Park, Glenn has come to view government corruption and a failure of law enforcement as major contributors to the steep decline in wild rhino populations at the hands of international syndicates.

“People throughout the system are playing the system. In reality, there are very high levels of protection,” he says, adding that the “ruthless follow-through” necessary for successful prosecutions is missing.

The failings of the country’s criminal justice system are, of course, hardly limited to cases involving the illegal wildlife trade. Nor can you dissociate what is happening in the park from what is happening in wider society. Kruger’s history in many ways mirrors South Africa’s — an evolving story of a resilient place and its people who have long weathered turbulent times.

She provided a summary account of notable prosecutions, noting that countrywide, from 2016 to 2021, the NPA had successfully finalised 264 rhino-related prosecutions in which 244 persons were convicted, most of them in the Skukuza court.

“The NPA has been and will continue to prosecute rhino-related matters with the vigour it deserves without any fear or favour,” said Makeke.

“In addition, the NPA has  enhanced training initiatives which have led to the development of highly skilled advocates who are dealing with these kinds of prosecutions within the Organised Crime units and in the regional courts in the country.”