Mother tiger and her cubs found dead in Sumatran forest

By NewsroomSeptember 6, 2021Communities
No Comments 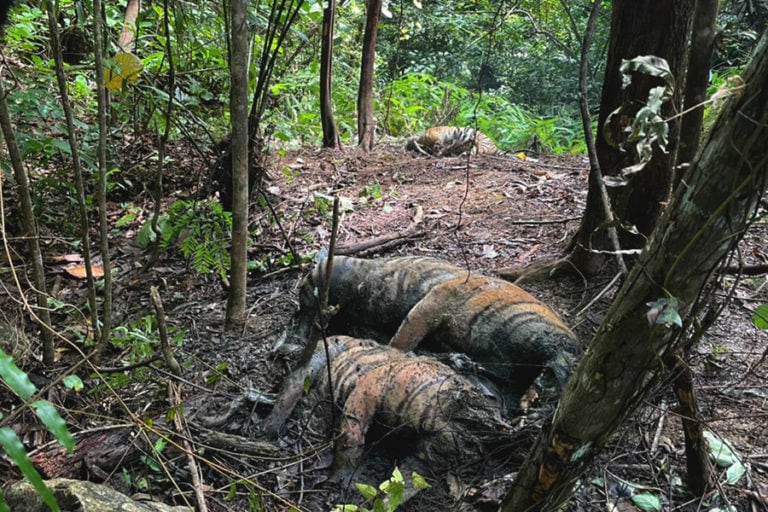 The three dead tigers in Aceh. Image: As originally published by Mongabay.

A mother Sumatran tiger and her two cubs were found dead this week in a snare trap in Indonesia’s westernmost Aceh province.

Local people in Buboh, a village in South Aceh, discovered the tiger carcasses on Aug. 24 and reported them to authorities.

“The mother was entangled in the neck and left hind leg, while the left front leg was rotting,” Agus Irianto, the head of the Natural Resource Conservation Agency’s branch in Aceh, said on Thursday.

“We are very saddened by this incident.”

The Sumatran tiger (Panthera tigris sumatrae) is critically endangered, with only a few hundred thought to remain in the wild.

The species’ decline is largely due to the destruction of its rainforest habitat and poaching, with its body parts used in traditional Chinese medicine.

The incident follows the death of a female tiger in nearby Kapa Sesak village, also in South Aceh, in late June. It had apparently eaten a goat contaminated with poisonous chemicals.

Also this month, on Aug. 14, a male tiger, estimated to be seven or eight years old, was found dead in Pasaman, West Sumatra province.