A moving photo of a Kenyan warden with the last male white rhino, Sudan, has been listed among the last decade’s powerful images.

The photo was captured in 2018 by Ami Vitale, an American journalist, at Ol Pejeta Conservancy where she watched Joseph Wachira, one of Sudan’s care takers, lean in to offer the animal one final ear rub before his death. 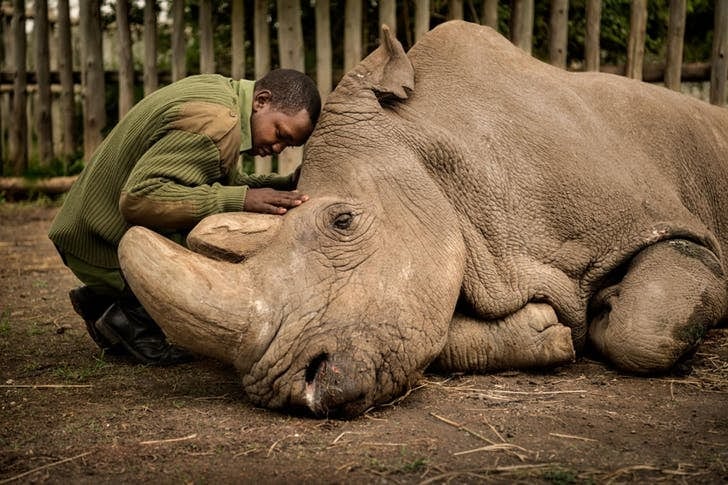 Original photo as published by Tuko: A Moving photo of Kenyan warden with the last male white rhino Sudan, has been listed among the last decade’s powerful images. Photo: National Geographic.

In a Facebook post on Monday, January 27, Ol Pejeta Conservancy said it was delighted the photo was recognised as one of the decade’s best by National Geographic.

“Super delighted that this incredible photo of our very own Joseph Wachira saying goodbye to Sudan made it to National Geographic’s most powerful photographs of the past decade! Thank you to renowned photographer Ami Vitale for capturing this delicate final moment. We shall never forget what was lost shortly after,” the post read.

Sudan died on Monday, March 19, 2018, aged 45 after suffering from old-age complications. Conservationists had fortunately managed to extract his genetic materials for future reproduction of the species.

On Thursday, August 22, 2019, scientists created two embryos from the species in an Italian laboratory as conservationists’ attempt to save the species from extinction.