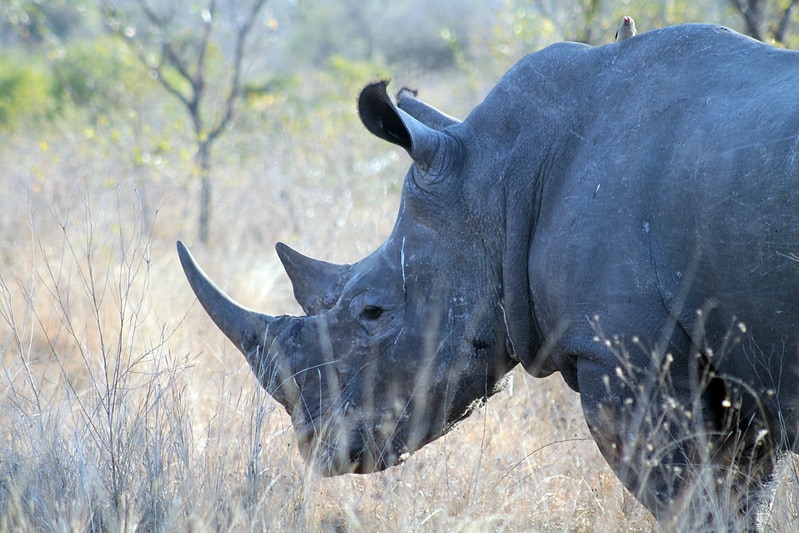 A court in Mozambique sentenced a poaching gang leader to a 30-year stay in prison. Image: Flowcomm/Flickr

A court in Mozambique has sentenced the leader of a poaching gang to 30 years in prison on Wednesday.

The defendant, Admiro Chaúque, “led a gang of poachers operating in Magude and Massingir districts and the Kruger National Park in South Africa,” the ministry said in a statement issued today, local media reported on Wednesday.

The man was convicted of the crimes of poaching, illegal possession of weapons and association to commit offences, the ministry said in a statement, noting that he had also been sentenced to pay a fine of 1 percent of minimum wage for 28 years, news website Club of Mozambique wrote.

The accused was arrested on May 3, 2021, “when he was returning from an attempt to hunt rhinoceros for the second time illegally”, authorities said.

Those traders have connections with buyers in Asia and oversee the shipment of horns out of Africa.

According to the Administração Nacional das Áreas de Conservação (ANAC), a public conservation institute with administrative autonomy, which assists prosecutors in cases of crimes against biodiversity, the number of arrests for wildlife poaching in 2019 was 541, and in 2020 there were 444 arrests. In 2019, 63% of the accused were tried and sentenced to fines and imprisonment.