By NewsroomOctober 4, 2019Anti-poaching
No Comments

MAPUTO: The Mozambican police have arrested the son of a former security minister in possession of rhinoceros horns, reports Tuesday’s issue of the independent newssheet “Carta de Mocambique”.

Lucilio Matsinha was detained on Monday morning near a central Maputo hotel where it is believed he was meeting a client to sell the horns. When journalists attempted to speak to him, he refused to answer any questions.

Matsinha was filmed with two horns. The police say they will now weigh them and assess their authenticity.

Matsinha was detained in the past for “falsification of precious stones”, according to the police, but was released.

His father, 82 year old Mariano Matsinha, was a senior figure in the Mozambique Liberation Front (Frelimo), during the war for independence from Portuguese colonial rule, and held several positions in post independence governments, including Interior Minister and Security Minister.

He was a member of the Political Bureau of Frelimo, under President Samora Machel, and held the rank of general in the armed forces. 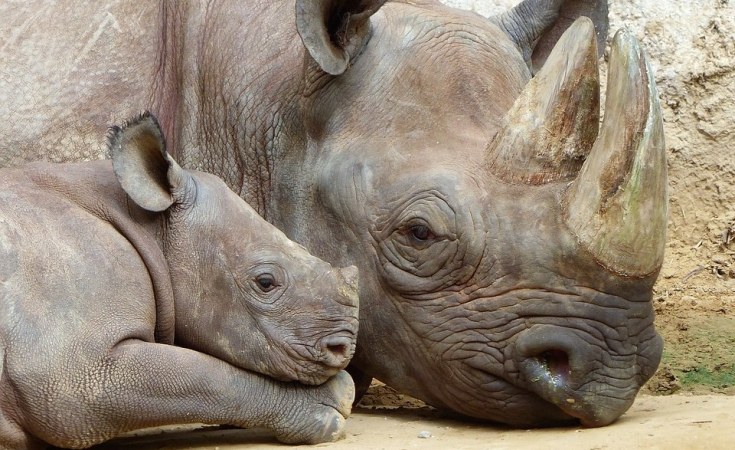 The poaching of rhinos for their horns means that both species of African rhinoceros, the black and the white, are in danger of extinction in Mozambique. According to the National Administration of Conservation Areas (ANAC), since 2008 over 7,000 rhinos have been killed by poachers in South Africa and Mozambique.

It is not yet known whether the horns in Matsinha’s possession were from Mozambican animals or from rhinos that had been poached in South Africa.