Nepal’s Chitwan on alert after rhino rescued on VTR fringe

By NewsroomAugust 17, 2020Land conservation
No Comments 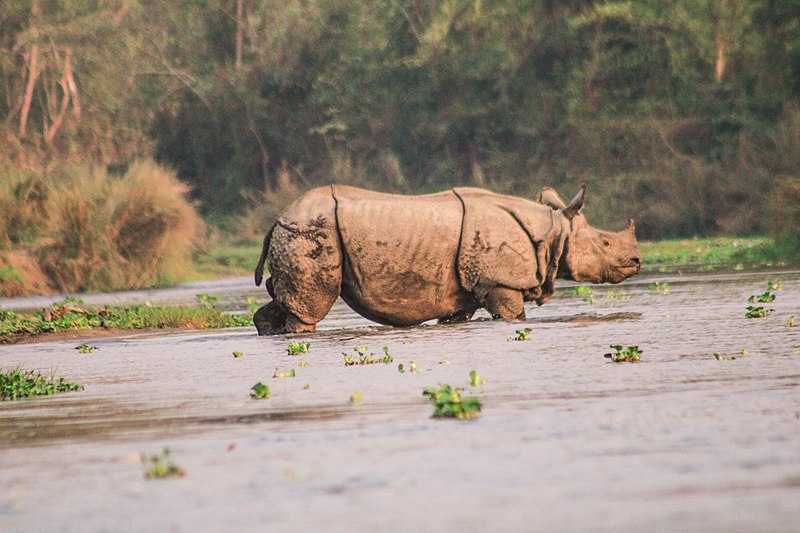 BETTIAH: Nepal’s Chitwan National Park that has revived and conserved to become the world’s second most populous rhino habitat is on high alert in the wake of floods in the Rapti basin and the Narayani river.

“We too are vigilant in particular to rescue any rhinos that may be swept into our park from Nepal,” Gaurav Ojha , deputy director-cum-DFO in Bihar’s Valmiki Tiger Reserve (VTR) said, recalling the drift of eleven rhinos from Nepal’s Chitwan National Park to VTR during the 2017 floods. VTR is contiguous to the Chitwan park.

“ In fact, I got in touch with officials of Nepal’s ‘National Trust for Nature Conservation’ (NTNC) last week on hearing that a rhino had drifted to our parts. They confirmed trapping and rescuing a rhino that was swept down from Chitwan in the current floods,” Kamlesh K Maurya, Landscape Coordinator of the WWF-India based in Bihar’s Valmiki Tiger Reserve (VTR), told this reporter on Monday.

“The rhino was rescued from Nepalese territory in Nawal Parasi district on the western flank of the Gandak,on the opposite side of VTR,” Maurya further said, adding that NTNC even shared photographs of the rhino rescue last week.