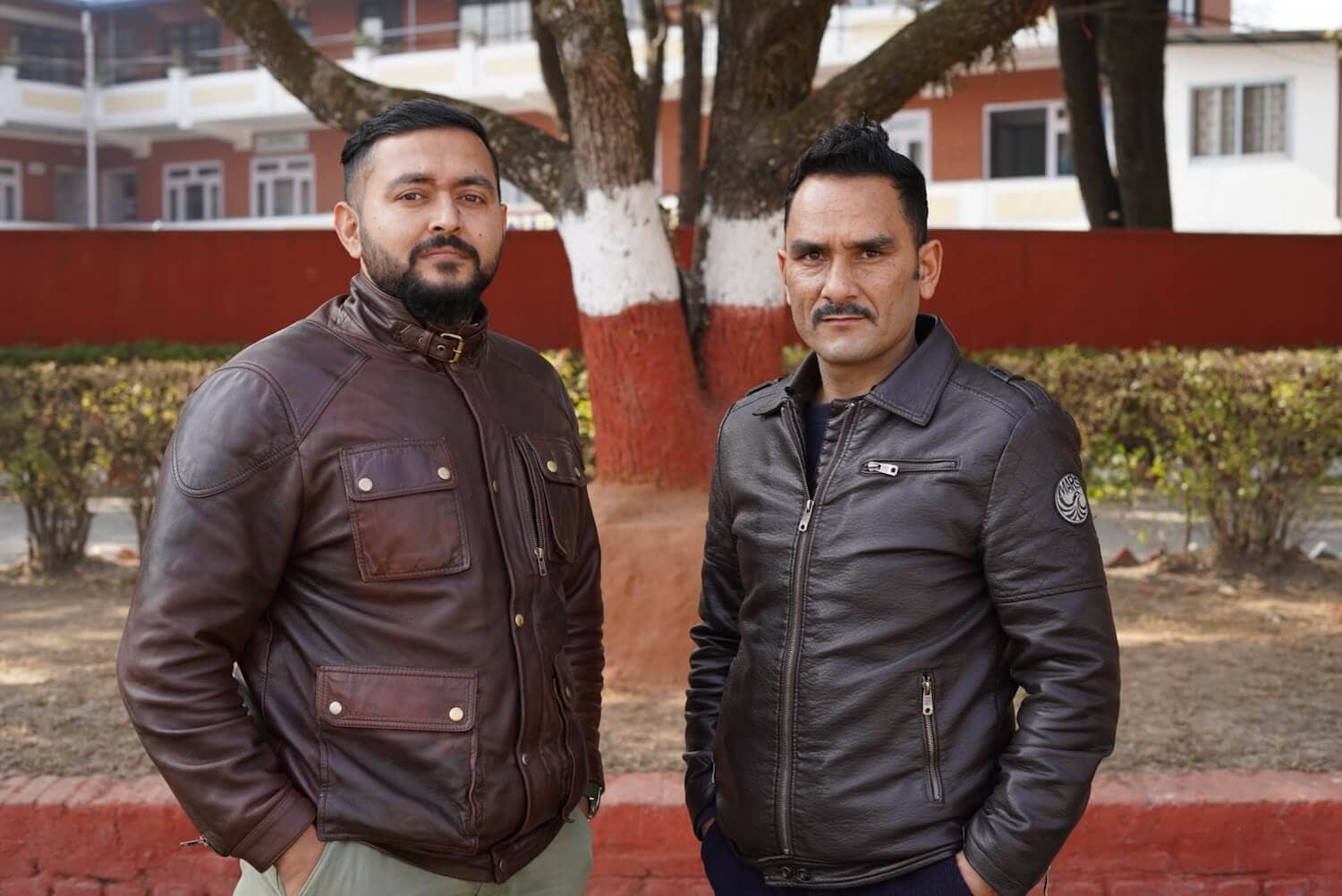 Growing up in a Darchula village near the Tibetan border, a young Birendra Singh Johari was no stranger to wildlife crimes.

At teashops and community gatherings, neighbours openly talked about transporting tiger pelts and elephant ivory to traders across the border to China.

“They called it दुइ नम्बरी धन्दा, but it was also how people in Darchula could make a living. Since then, I had always wanted to grow up to be a cop and arrest the real bad guys,” recalls Johari, now 40, and Sub-Inspector at the Central Investigation Bureau (CIB) Wildlife Pillar 4 of the Nepal Police.

Now, Johari and his colleague Inspector Sudarshan Panthee are proud recipients of the the UN’s Asia Environmental Enforcement Awards for arresting the notorious ringleader of a smuggling network accused of transporting pelts and bones of tigers from India via Nepal to China.

Kunjok Lama (real name Kunjok Tsering Tamang) had been in the crosshairs of police in India and Nepal as well as Interpol for two decades. His name appeared in every major seizure of wildlife parts in the region before his arrest by the CIB in June last year.

In 2005, in one of the biggest hauls of wildlife contraband in South Asia, a Nepal Army patrol in the Langtang National Park in Rasuwa caught four people with 5 tiger pelts, 36 leopard skins and 113kg of tiger bones on their way to the Chinese border. Every one of them mentioned Kunjok during the investigation, but it was not until his real identity was verified that the case came to its climax.

“We led this investigation for years, we analysed his property, companies, citizenship and passports, and we found a clue: the personal number he was using at the time was in one of the documents,” explains Panthee. “We then found that Kunjok Lama and Kunjok Tsering Tamang was the same person.”

Tamang is now in custody at the Rasuwa Prison, after his failed attempt to challenge the Rasuwa District Court’s order at the Patan High Court and a writ of habeas corpus petition in the Supreme Court.

Nepal Police has been often criticised for catching only the small fry in organised crime operations, but with the prosecution of Tamang, the officers say they are closing in on other ring leaders involved in the case in Tibet and New York, aided by new technology to analyse digital footprints and paper trails.

However, a reliable central data system and proper coordination between the police and the forestry and national park officials will further assist in wildlife crime investigation, they say.

But even then, smugglers caught by investigators use legal loopholes, political connections and judicial corruption to get light sentences, jump nominal bail or altogether escape.

“It happens more often than we can count, we dedicate all our time and effort in these investigations but they find one loophole or the other to escape, it is frustrating,” admits Johari. “But we don’t let that dishearten us, we learn from each case, we build more evidence and a stronger case for the next time.”

Wildlife crime investigators also face personal security threats. Recently, some men who are believed to be involved in wildlife contraband trade visited the school where Johari’s young daughter is enrolled. They claimed that the parents were out of town for work and were sent to pick up the girl. Luckily, Johari’s daughter was back from school half an hour earlier that day.

With the global coronavirus crisis, there has been a sharp rise in wildlife poaching. In April, six musk deer were found dead in traps laid by poachers during Covid-19 lockdown in Sagarmatha National Park.

For the first time in over half a decade, Nepal wasn’t able to celebrate zero rhino poaching this year when four adult rhinos were found dead in Chitwan National Park—shot dead for their horns. Recently, the CIB has seized two tiger pelts in Dang. So far, 14 people involved in the crimes have been arrested, 12 individuals are on the run.

Police investigations reveal that the big fish are using social media networks to recruit locals who have lost their jobs during the pandemic for killing rhinos, tigers and other wildlife in return for quick cash.

Despite Nepal’s successes in wildlife protection, law enforcement agencies cannot afford to be complacent. And conservationists say recognitions like the Asia Environmental Enforcement Award provide a morale boost for these hard-working officers.

“This award is an international acknowledgment of the Central Investigation Bureau’s role in controlling wildlife crime in Nepal,” says Sahakul Bahadur Thapa, chief of the CIB of the Nepal Police.

Johari, who was also the recipient of the Abraham Conservation Award in 2015: “This award is a reminder that hard work pays off,  and for me personally it is a fulfilment of my childhood dream in Darchula. Our job is to catch the culprits, but it is much better if wildlife is so well protected by local people themselves that they are not killed and smuggled in the first place.”