By NewsroomDecember 10, 2021Rescue and rehab, Science and technology
No Comments 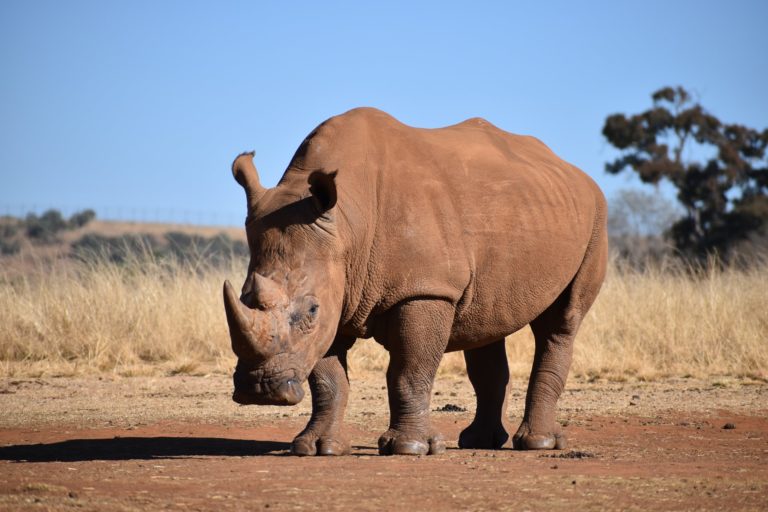 The Rhino Pride Foundation and Novita Biotechnology recognised the need for a new treatment for surviving rhinos and their young, which have survived vicious armed poacher attacks. Through the first documented project using regenerative medicine and biotechnology healthcare products on rhinos, the rhinos will receive superior pain treatment and better long-term care.

Recognised as one of Africa’s Big Five, rhinos are gentle horned herbivores which are today highly endangered, and ruthlessly hunted by organised crime cartels to meet the increasing demand from Asian countries for the trade-in illegal rhino horn, leaving the rhino being hunted either killed outright or left critically injured and in agony.

Specialist Wildlife Veterinarian Dr Jana Pretorius is the founder of Rhino Pride Foundation, a secure and protected rhino sanctuary in South Africa where injured rhinos and orphaned rhino calves are treated and cared for.

A few months ago, Dr Montague N. Saulez, a specialist Equine Internist, who operates an Equine Medicine consultancy in Stellenbosch, and also acts as an advisor to Rhino Pride Foundation, met with Jana to discuss the treatment of rhino wounds and management of pain.

Together with Dr Saulez and Novita Biotech CEO Alexandra Miszewski, the team developed a cooperative healthcare outreach program. Using regenerative chondroprotective treatment medicine, through the injection of systemic Hyaluronic Acid and Proglycan treatments, this programme is revolutionary for pain management and the long-term quality of life of rhinos.

Despite his diminutive name, Junior is a rhino bull weighing over 2000 kilograms and a survivor of a poaching attempt almost a year ago. At the rehabilitation and hospital facility at Rhino Pride Foundation, he received treatment for a bullet wound and an abscess. It was soon discovered via x-rays that another bullet was still lodged in his leg and causing Junior tremendous pain and discomfort.

After the removal of numerous bone fragments by Dr Saulez, Novita’s Synotech and Proglycan treatments were administered, with Junior’s positive recovery being monitored daily. These injectable products are made up of a combination of Hyaluronic acid, Chondroitin Sulphate and Glucosamine, three proteins that are renowned for their anti-arthritis effects.

A further advantage of these products is that they are long-acting which makes them very useful in a wildlife setting where one cannot treat an animal daily.

‘Regenerative medicine aims to recover the normal function of diseased or damaged cells, tissues and organs, and speed healing and bone strength,’ explains Dr Pretorius. ‘We are incredibly thankful for this long-term partnership with humanitarian Alexandra Miszewski of Novita Biotech, which sets the foundations for the future treatment of injured rhino and increases the numbers of rhinos saved from death. It gives us incredible hope and it is a glimmer of hope for the future of our rhino in Africa.’

Inspired and passionate about the future of healthy rhino populations, Dr Jana Pretorius says, ‘We are focused on initiatives such as this medical-first partnership with Novita Biotech, so we can continue to educate our future generations to be our wildlife conservationists and champions so that we might treat all living creatures with integrity and respect.’

‘From day one Novita Biotech has been founded on the principle of creating hope through healthcare; this has always been our purpose and mission,’ says Miszewski. ‘The affordability and accessibility of health care products, especially to those who need them the most, is behind what we do and the poaching for rhino horn which leads to rhino deaths and injury is, unfortunately, a very real South African problem. As an animal lover, I want to make sure that our rhinos benefit from the best health products.’