By NewsroomOctober 19, 2020Education, Rescue and rehab
No Comments 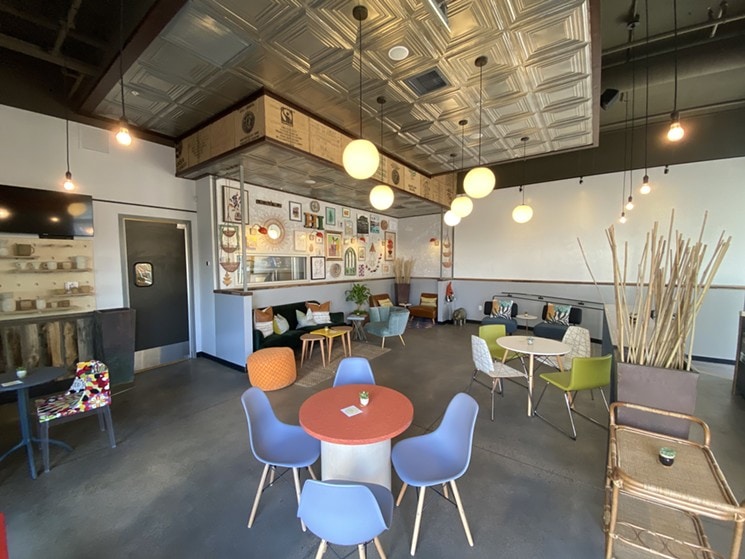 The interior of the former Hotbox Coffee Roasters transformed into Lekker Coffee. Courtesy of Kara Finkelstein.

The RiNo neighborhood just welcomed a new addition to its coffee scene; Lekker Coffee opened in the former Hotbox Roasters space at 3460 Larimer Street on October 1. Mother and daughter Dawn Kaprielian and Kara Finkelstein take the name RiNo seriously—and literally—as their cafe seeks to raise awareness about endangered rhinoceroses, a cause to which they donate ten percent of all their coffee shop’s sales.

In 2017, Finkelstein quit her corporate job to travel around Europe but ended her trip with a six-week stint in South Africa. While there, she volunteered with the Care for Wild Rhino Sanctuary, an organization that rescues baby rhinos whose mothers have been poached.

After returning to Denver, she moved with her husband to RiNo and felt it serendipitous that her new neighborhood shared a name with the creatures she’d just spent time learning about and caring for. She decided to take it as an opportunity to teach others about the five rhinoceros species, three of which are endangered. Influenced by her time in South Africa, she named the cafe Lekker, an Afrikaans slang term which means pleasing or enjoyable.

When her mother joined Finkelstein in Denver, the two got to work on their plan to open a cafe. “This is something that my mom and I have been working on for two and a half years,” says Finkelstein. Although Kaprielian formerly owned and operated a bar that had been in the family since the 1930s, they ultimately chose to do coffee, “Because we’re morning people,” says Finkelstein. “We love getting up early and being the first people our customers see.”

They’ve since decided to go for a liquor license. “Mom’s itching to get back to serving cocktails,” says Finklestein. With a liquor license they hope to add a happy hour or morning cocktails like Irish coffee to the menu. Until then, Kaprielian’s creativity is put toward a few unique coffee beverages such as horchata-infused cold brew and a stress-free latte with adaptogenic mushrooms.

Despite the ongoing pandemic, the mother and daughter signed the lease in August. “We’d been in this mindset for so long [that] we’re going to do it,” says Finkelstein. Without the overhead of paying employees for now and a good deal on the lease, she and her mom decided “We gotta try it now.”

Finkelstein updated the interior with a new bar surround and a mural to brighten up the space and make it feel more homey, but not many other changes were needed since it was already designed as a coffee shop. And because of social distancing regulations, they realized they wouldn’t need to purchase additional furniture. “When we started bringing stuff in [from our storage unit] we realized we didn’t actually need to buy anything,” she says.

The result is a mismatched, eclectic decor with tables spaced at least six feet apart. They also added a TV to display videos of the baby rhino rescue so that customers know what they’re supporting while sipping coffee.