By NewsroomSeptember 12, 2019Conservation
No Comments

ARUSHA: Arrival of nine black rhinoceros from South Africa yesterday is expected to herald the translocation of another group of five extant species into the Ikorongo-Grumeti Game Reserve (IGGR). The Grumeti Fund (GF), a non-profit organisation which oversaw the translocation of the rhinos from Thaba Tholo Game Farm in South Africa, assured the Tanzanian government that it was now working on modalities and logistics of bringing in more animals into the Serengeti ecosystem, effective next year.

In an interview with ‘Daily News’ at the Kilimanjaro International Airport (KIA) yesterday, GF Executive Director Stephen Cunliffe said the organisation intends to translocate more rhinos into the country to bolster the Serengeti’s rhino population.

“This is part of our mission that seeks to contribute to the conservation of Serengeti ecosystem, its natural landscape and its wildlife,” explained Mr Cunliffe. 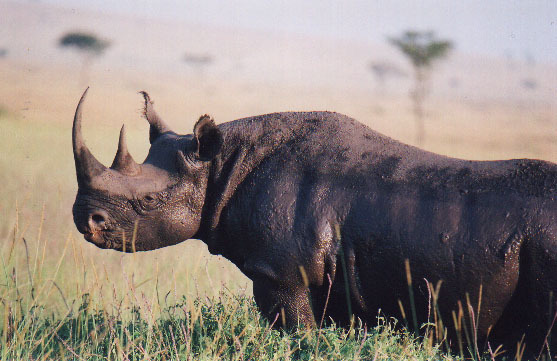 The nine rhinos—four bulls and five cows—arrived in the country aboard Senator International, a Boeing 747 long haul cargo aircraft that left South Africa on Monday midnight and touched down at KIA at 3.45am, yesterday.

Having endured the early morning flight, the sedated black rhinoceroses were later put onto Lockheed C-130 Hercules, an American four-engine turboprop military transport aircraft owned by the Ugandan government for their maiden flight to the Serengeti ecosystem, an ecological undertaking which cost the fund 250 million US dollars (over 570bn/-).

“It will take between four to eight weeks before they are released into the wild, depending on how fast they acclimatise to their new surroundings,” he said.

According to Mr Cunliffe, the nine rhinos which include seven adults whose ages range between five and seven years and two young bulls are believed to have originated from East Africa. Though he admitted that translocating such wild animals was a complicated affair, Mr Cunliffe assured that the organisation will continue partnering with the Ministry of Natural Resources and Tourism and its agencies like Tanzania Wildlife Management Authority, Tanzania National Parks and Tanzania Wildlife Research Institute.

This is not the first time the fund has successfully translocated wild animals from one ecosystem to another. Last year, the GF successfully introduced Eric–a 1,157-kilogramme eastern black rhino bull from the San Diego Zoo Safari Park in the USA – into the 350,000 – acre private concession.

Through the rhino project, the GF has spent 7.3 million dollars (about 17bn/-) in bolstering the population of the endangered species within the Serengeti Ecosystem. Acknowledging the receipt of the nine rhinos, Deputy Minister for Natural Resources and Tourism Constantine Kanyasu said the country will no longer relent in her quest to protect its natural resources. “We will not delve into our past mistakes, alternatively we will secure all protected areas and step up more efforts of protecting our wild animals,” he said.

The deputy minister attributed the sheer number of rhinos to the heightened security that has since been deployed in national parks. The natural resources ministry has rolled out a four-year strategic plan (2019-20 23) which seeks to boost the rhino population in Tanzania.

Permanent Secretary in the Ministry Professor Adolf Mkenda dared those continuing to possess animal trophies to immediately surrender them to the government. He challenged those in possession of the trophies for ritual purposes to apply for special permissions of doing so from the government.