By NewsroomAugust 9, 2021Global conservation
No Comments 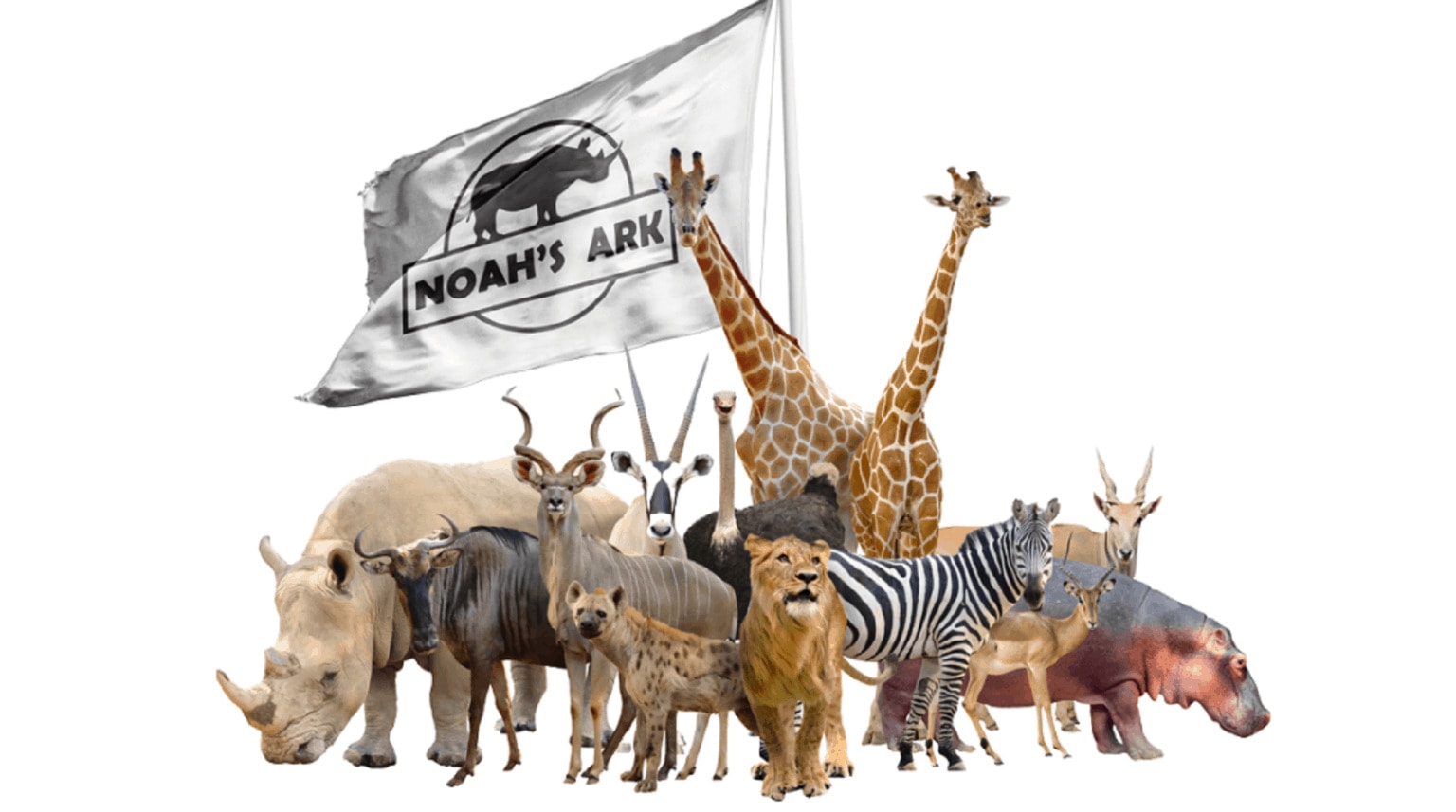 British founder Richard Prinsloo-Curson and South African partner Hein Prinsloo-Curson have set an ambitious target – to raise R100 billion in funding for the project. Image: As originally published by The Citizen.

Noah’s Ark has been in the planning for more than five years. After intensive geological surveys and soil analysis, the 100km² site is ready for construction.

The ark will be situated in KwaZulu-Natal, close to the Mozambican border. British founder Richard Prinsloo-Curson and South African partner Hein Prinsloo-Curson have set an ambitious target – to raise R100 billion in funding for the project.

Noah’s Ark is being punted as the most technically advanced conservation facility conceived to date, complete with pulse beam anti-aircraft technology to defend the animals from the ever-increasing technical arsenal employed by modern poachers.

The development will also feature a national park, the world’s biggest aquarium and geodomes with artificial environments replicating Antarctica and the Amazon rainforest.

The idea serves the same purpose as the famous biblical story: to stop earth’s animals from being wiped out completely.

The Prinsloo-Cursons are calling on friends, colleagues, celebrities, politicians, scientists and experts to help make the ark a reality and win the support of the world.

Talwar, who lives in Kuala Lumpur in Malaysia, heeded the call for funding and offered up half his pocket money to help build the ark.

Touched by the youngster’s passion, the foundation decided to appoint him as youth ambassador for the project.

“My generation will be world leaders in 20 years from now, challenged with the effects of climate change and a damaged natural world,” said Talwar.

The young environmentalist in the making has already begun lobbying for people to support the cause under #youarenoah.

“We as one united humanity can act now and help build a 21st-century ark in South Africa. We can embrace the idea we are all Noah and can all be involved in making sure there is a world for today’s children to inherit tomorrow,” he wrote.

Talwar expressed concern for the future, saying his generation would have to fight for survival, which would be more frightening and chaotic than the coronavirus.

“When sea levels rise, it will impact food production, causing famine never seen before on earth.”

Talwar is in grade 10 and attends the Global Indian International School. He is fluent in four languages, including English, Hindi and French.

A vegetarian, he spends most of his time doing volunteer work and exploring the beautiful natural world in Malaysia.