A “war” is raging between anti-poaching units and criminals trying to take advantage of the unprecedented lockdown’s impact on conservation efforts and vulnerable farms.

A shootout ensued on Sunday afternoon between would-be-poachers and the Northern Cape’s Anti Poaching unit, with four suspects arrested and a sizeable weapon stock confiscated.

A group of four men entered a farm in the Severn area and were caught red-handed trying to poach rhinos for their horns by members of the Kuruman Stock Theft unit. The Tswalu Anti- Poaching unit provided aerial and ground support to the South African Police Service (SAPS) and managed to apprehend the suspects.

One Killed, Two Injured in Shootout 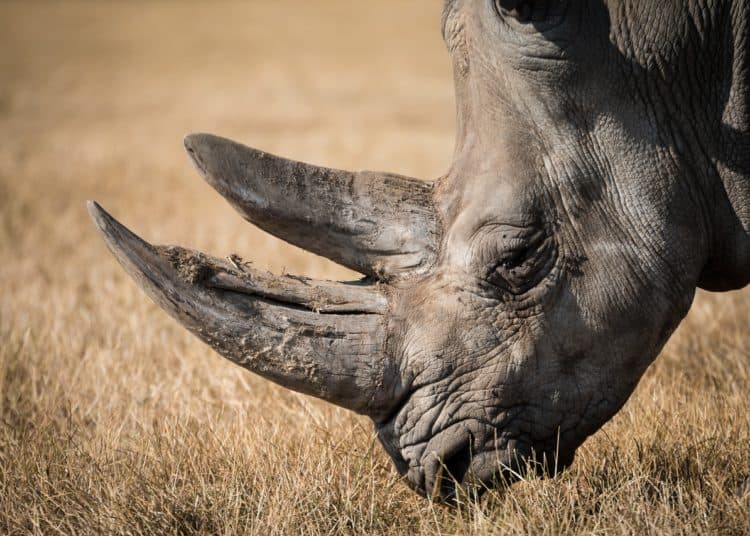 Original image as posted by The South African: A multi-disciplinary team apprehended four suspects on a farm in the Northern Cape on Sunday 19 April. Photo: Pixabay

One of the poachers was fatally wounded during the battle, and two more were injured. The fourth man was apprehended having dodged the flurry of bullets, and he and his co-accused were transported to a local hospital in Kuruman where they will remain under police guard.

SAPS spokesperson Colonel Mashay Gamieldien said that the farm had been plagued by such incidents in recent times.

“A member of the Kuruman Stock Theft unit requested the assistance of the Tswalu Anti- Poaching unit in tracking unknown footprints discovered on a farm in the area,” he said.

“According to reports from the owner, he has been experiencing incidents of poaching on the farm.”

The arresting authorities confiscated a weapons cache consisting of several unlicensed firearms and a haul of ammunition.

Poaching on the Rise

Nico Jacobs, founder of the Rhino 911 Nonprofit organisation, has said that poaching has ramped up significantly since the nationwide lockdown got underway, with poaching incidents in the Northern Cape allegedly taking place “every day”.

“Just as soon as the lockdown hit South Africa, we started having an incursion almost every single day,” Jacobs said.

He said that at least nine rhinos have been poached in the North West province since the lockdown.

“And those are just the ones we know about.”

He said that the stemming of tourism into the country would have devastating consequences on conservation efforts, which rely on revenue from the millions of incoming tourists to fund their initiatives.

“These animals are not just protected by rangers, they’re also protected by tourist presence,” Tim Davenport, who directs species conservation programs for Africa at the Wildlife Conservation Society, told the New York Times.