NRA Video: Conquering nature will never be the silver bullet 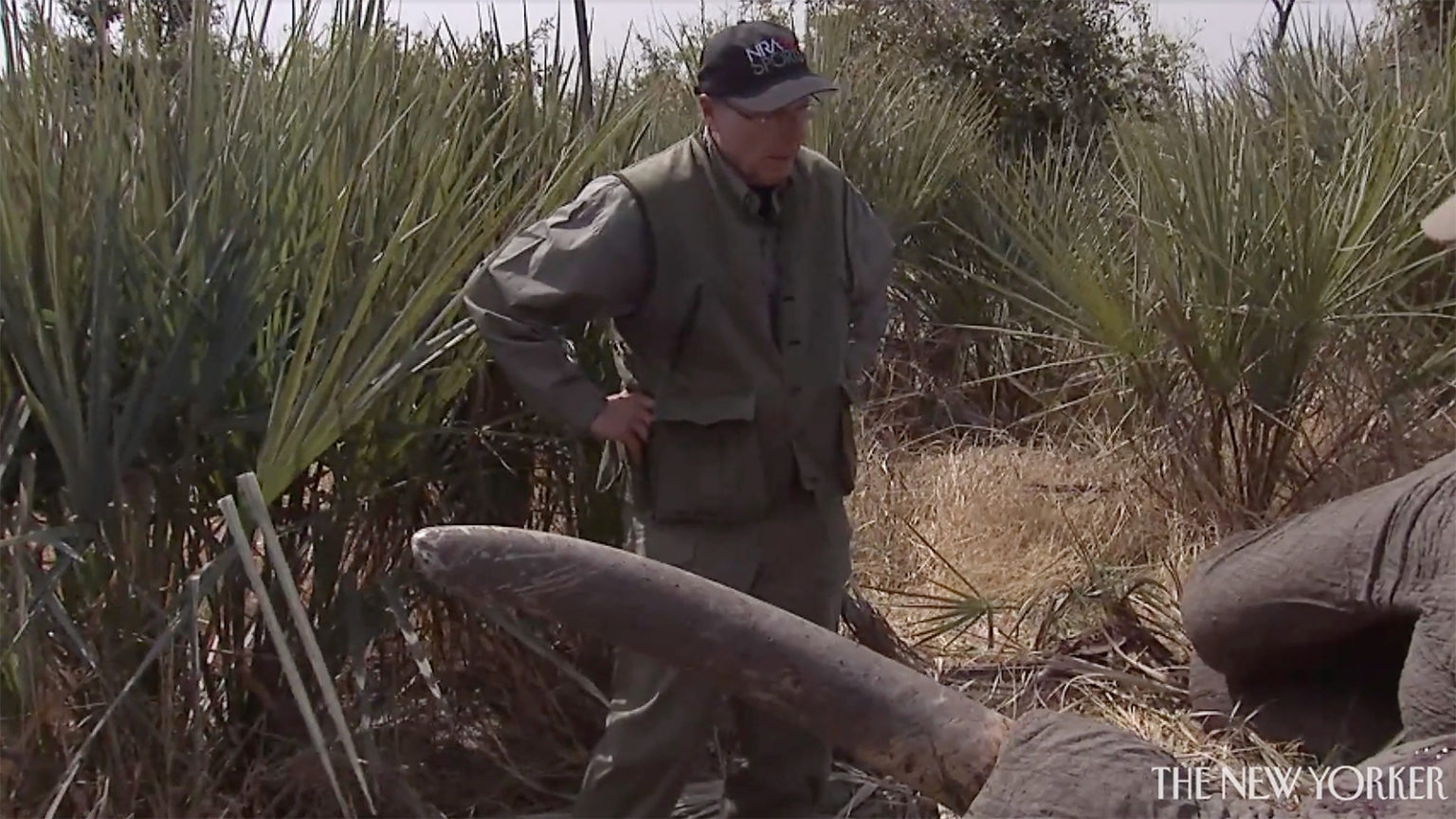 A horrifying video surfaced last week showing National Rifle Association CEO Wayne LaPierre struggling to kill an African savanna elephant in Botswana. LaPierre’s pursuit of a trophy, documented (though never aired) for an NRA-sponsored series, ended with an elephant collapsed in agony while the hunter repeatedly failed to deliver the kill shot at close range. After we have spent more than a year held hostage by a virus that emerged due to humanity’s exploitation of the natural world, we should have learned our lesson: Nature is not meant to be conquered.

Trophy hunters continue to claim that they promote conservation, even as they slaughter imperiled species in need of meaningful protection. There is no conclusive scientific evidence, however, that trophy hunting benefits conservation programs or significantly drives economic development. In fact, these majestic animals are worth far more alive than dead. They capture carbon naturally out of the environment, which helps to fight climate change, and, according to research by the Sheldrick Wildlife Trust, a living elephant generates more than $1.6 million in ecotourism opportunities over the course of a lifetime. A separate economic analysis of eight African countries found that overall tourism, which relies heavily on wildlife resources in those nations, contributes as much as 5% to their gross domestic product (GDP), while the total economic contribution of trophy hunters does not exceed 0.03% of GDP. Responsible photo safaris, by comparison, can promote a sustainable, lucrative tourism activity in which many people can benefit from viewing animals in their natural habitat.

Trophy hunting quotas are typically based on revenue-generation potential instead of scientific analysis of what the population can sustain and — to compound matters — are often poorly enforced. Furthermore, the average amount of trophy hunting revenue that trickles down to local communities is disproportionately small because of rampant corruption and poorly managed wildlife programs.

Trophy hunting further detracts from conservation goals by hurting the structure and viability of wildlife populations. Big game hunters target the largest, strongest animals for trophies. Killing the leader of the lion pride or the matriarch of the elephant herd can cause enormous upheaval to the surviving members of the group, disrupting social bonds and behaviors. Gunning down the largest animals or those with the biggest tusks, antlers or horns can also have adverse genetic impacts on the population.

Trophy hunters kill more than 100,000 animals each year across the globe, exacerbating severe population declines stemming from other threats, including habitat destruction. In Botswana, where LaPierre was filmed hunting, elephant populations are increasingly at risk. In 2013, when the NRA video was recorded, the threats facing elephants across Africa were already dire. The Great Elephant Census, the largest wildlife survey in history, found that the continent’s elephant population dropped by at least 30% between 2007 and 2014 due to intense poaching to satisfy international demand for ivory, primarily in Asian countries. As a result, in 2014, former President Ian Khama banned elephant hunting.

Khama’s successor, President Mokgweetsi Masisi, lifted this ban in 2019 to curry political favor among rural voters, claiming it was the only solution to growing human-wildlife conflicts. The country that had become a refuge for these imperiled animals again flung open its door to hunters like LaPierre. Recently, the government issued 100 new elephant hunting licenses for 2021, in addition to the 187 from last year’s season that was interrupted by COVID-19.

This willingness to cater to trophy hunters for political gain is not unique to Botswana. Just this month, Zimbabwe announced plans to sell the right to hunt as many as 500 elephants, purportedly to help fund maintenance of its national parks. Additionally, under the Trump administration, the United States lifted a ban on importing sport-hunted trophies of elephants from certain African countries. Meanwhile, Congress has failed to pass the Prohibiting Threatened and Endangered Creature Trophies Act (ProTECT Act), spearheaded by U.S. Rep. Sheila Jackson Lee. This legislation would ban trophy imports and domestic sport hunting of at-risk species.

These decisions have come at a time when elephants cannot withstand further assaults; in March, the International Union for Conservation of Nature (IUCN) changed the designation of Africa’s two elephant subspecies from “vulnerable” to “endangered” and “critically endangered” due to pressures from ivory poaching and habitat loss. African forest elephant populations plummeted by more than 86% over the past three decades, while African savanna elephant populations decreased by at least 60% over the last 50 years, according to assessments by the IUCN.  In Africa today, it is estimated that one elephant dies every 15 minutes from poaching.

Contrary to the inherently illogical statements of hunters like LaPierre, killing imperiled species to save them will never be a silver bullet. We should not seek to “conquer” nature; instead, we should preserve, respect and appreciate the incredible species that share the Earth with us. No species that faces extinction should be further victimized by someone looking to hang a head on a wall.