By NewsroomMay 18, 2021Science and technology
No Comments 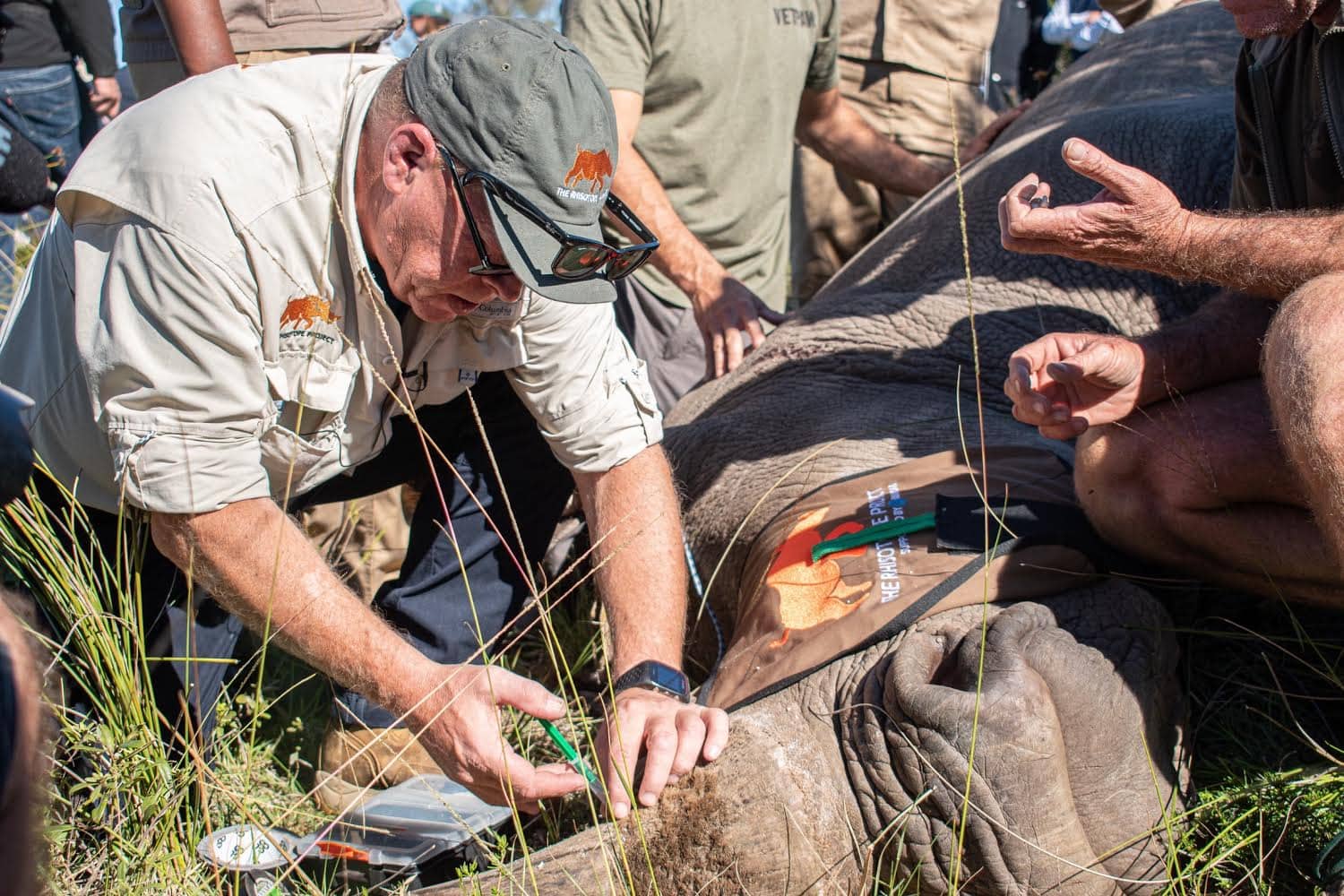 Members of the Rhisotope Project working on a rhino horn. Image: As originally published by KBC News.

On May 13th the innovative anti-poaching “Rhisotope Project” was launched. The project which is based on nuclear science has the potential to drastically reduce Rhino poaching.

The project was initiated by the University of Witwatersrand (WITs) and is being implemented under a global collaboration with the Australian Nuclear Science and Technology Organisation (ANSTO), Colorado State University (USA), ROSATOM (Russian Federation), and the Nuclear Energy Corporation of South Africa (Necsa) as well as global scientists, researchers, South African rhino owners and veterinary surgeon Dr William Fowlds.

The Russian State Atomic Energy Corporation Rosatom is a key supporter and partner of the unique international technology collaboration between universities and nuclear organisations. The launch of the project happened at the magnificent Buffalo Kloof Private Game Reserve, which is also an important collaborator in the project.

On the day of the launch, the first phase of the project was implemented, a trace amount of completely harmless stable isotopes was carefully introduced into the horns of two rhinos. For the next three months scientists will monitor the rhinos and analyse various samples to understand how the isotope interacts within the horn and the animal.

Igor and Denver are the rhino pioneers and the main heroes of this project. Igor is named after Igor Kurchatov, a Soviet nuclear physicist who contributed greatly to the development of civil nuclear technology as we know it today. Denver is named after the capital of Colorado, in honor of the efforts provided by Colorado State University (USA) in the project.

Professor James Larkin, Director at the Radiation and Health Physics Unit at the University of Witwatersrand in Johannesburg, highlighted the project from a different perspective.

“One of the very few countries in the world, where you can come and see the big five. We’ve got to work hard to maintain that for the two reasons in the industry: for the people’s employment, for the benefit of everyone who lives and works around the game farm. You have to realise that you can shoot a rhino once, but if you shoot it with a camera, you can do it a hundred times, a thousand times and people will keep coming back to see these beautiful animals, that’s jobs for a lot of people, that’s growth of the economy”. He said.

The Rhisotope Project is multifaceted and relies on the following key principles, demand reduction and horn devaluation, community upliftment and investment, education as well as rhino research and data collection. By focusing on these principles, the project aims to decrease the demand for rhino horn on the international market as well as make the horn more detectable when crossing international borders.

With over 10 000 radiation detection devices installed at various ports of entry across the globe, experts are confident that this project will make the transportation of horn incredibly difficult and will substantially increase the likelihood of identifying and arresting smugglers.

Once the research work has been completed and a proof of concept has been demonstrated, this technique will then be offered to both state and private rhino owners on the African continent and globally. The intellectual property, as well as training and assistance, will be made freely available to conservation organisations who may wish to utilise this process to further protect their animals from poaching.

“We are incredibly proud to play a fundamental role in this amazing initiative, which has the potential to save this incredible species from certain extinction”, noted Ryan Collyer, CEO of Rosatom Central and Southern Africa.

“We are also humbled by the fact that science is able to transcend boundaries, borders and politics as shown by this global initiative in a race against the plight of the African rhino.  We believe that science and particularly nuclear science will play a fundamental role in not only protecting the rhino but our planet in general.” He remarked