NY’s top court to consider ‘personhood’ of Happy the elephant

By NewsroomMay 7, 2021Law & legislation
No Comments 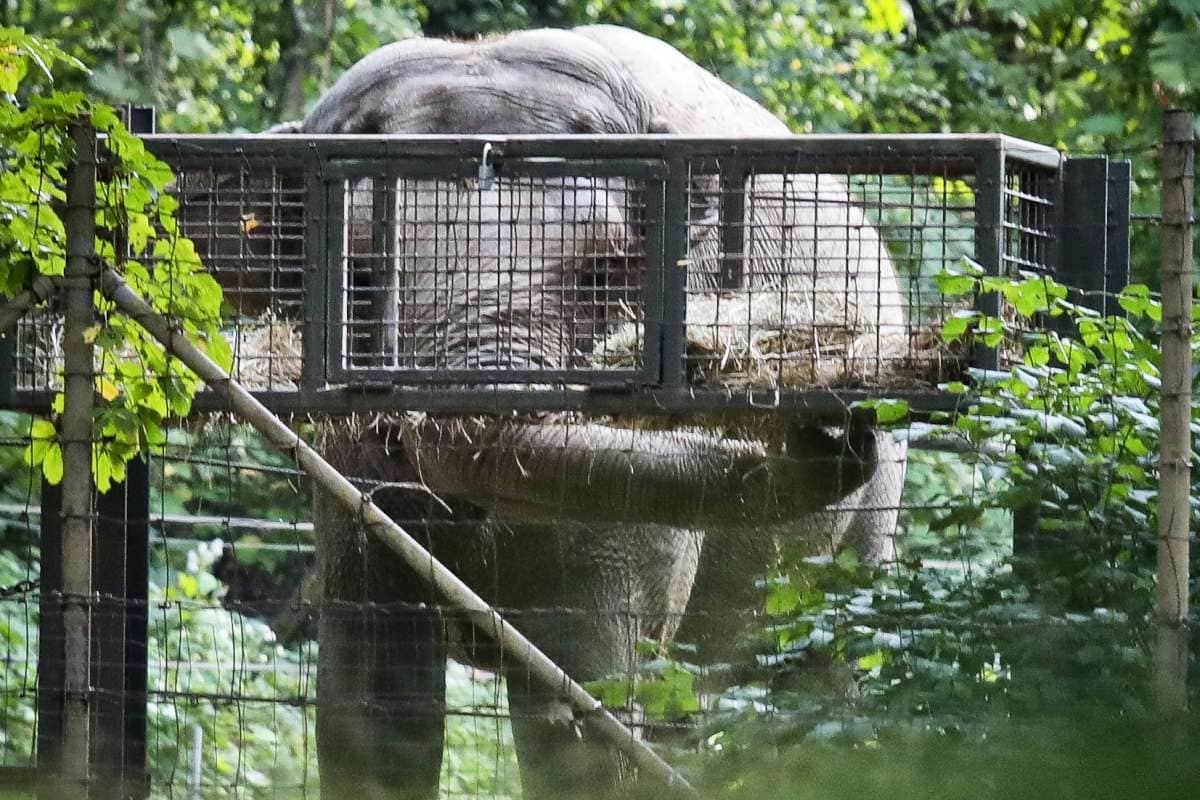 Happy the Elephant at the Bronx Zoo in 2018. Image: As originally published by Times Union.

Advocates for Happy the elephant have a new reason to be happy.

New York’s highest court on Tuesday agreed to hear the appeal waged by the Nonhuman Rights Project, which wants to establish the legal “personhood” of the female Asian elephant, age 50, who has been at the Bronx Zoo for more than 40 years.

The advocates, led by attorney Steven Wise, the president of the Nonhuman Rights Project, want the court to order a writ of habeas corpus for the release of Happy. Wise’s group wants to see Happy transferred to an elephant sanctuary.

“This marks the first time in history that the highest court of any English-speaking jurisdiction will hear a habeas corpus case brought on behalf of someone other than a human being,” the Nonhuman Rights Project said in a news release.

The group is expected to hold a press conference Wednesday morning at 10 a.m.

In 2018, Court of Appeals Associate Justice Eugene Fahey said he “struggled” with the denial of a similar argument Wise made on behalf of  Tommy, a chimp who was living in Montgomery County in a cage in a warehouse-type setting.

Happy is the “first elephant in the world to be granted a hearing to determine the lawfulness of her imprisonment,” the Nonhuman Rights Project said.

“Happy’s case has been supported from the start by leading scientists, philosophers, habeas corpus scholars, legal experts, theologians, and the wider public throughout the country and the world,” the news release said.

“Having begun the fight for nonhuman rights in New York eight years ago, we are thrilled the Court of Appeals has recognized the urgent public importance of Happy’s case and hope she will soon become the first elephant and nonhuman animal in the US to have her right to bodily liberty judicially recognized.”

Judges typically issue writs of habeas corpus to demand that a prisoner be produced to determine whether the person’s imprisonment is legal. Wise has argued that legally speaking, personhood is not the same as being human. He has said that courts around the world have found ships, corporations, holy books and a river to be persons.

In November, Wise argued on the elephant’s behalf before the Appellate Division of the state Supreme Court’s First Department in Manhattan but was rejected as justices made it clear during arguments they would be reluctant to accept Wise’s argument. That mid-level court upheld a Bronx judge’s ruling.

Happy was captured in the wild in Asia at the age of one and taken to the United States. Happy and a fellow elephant,  Grumpy, were brought to the Bronx Zoo where they gave rides and were part of in an “elephant extravaganza,” according to court papers.

In 2002, the Bronx Zoo placed Happy and Grumpy with two other elephants, Patty and Maxine, who attacked Grumpy, causing her to be injured and euthanized. The zoo separated Happy from the two other elephants and paired her with Sammie, who later died of liver disease.

The zoo has not acquired any more elephants, leaving Happy by herself since 2006.

The Nonhuman Rights Project contends Happy has been “imprisoned in solitary confinement, notwithstanding the uncontroverted scientific evidence that Happy is an autonomous, intelligent being with advanced cognitive abilities akin to human beings.” They say Happy said has been denied direct social contact with her kind and forced to spend most of her time indoors in a large holding facility.

In November, Kenneth Manning, a lawyer for the Bronx Zoo’s managing entity, the Wildlife Conservation Society, said it was not illegal for Happy to be at the zoo and that she was being treated well. He noted the zoo’s chief veterinarian, general curator and director all attested to Happy’s treatment and living conditions.

“There’s no reason to change her circumstances,” Manning said.