On the election trail, the politics of the wild (India)

By NewsroomApril 16, 2021Law & legislation
No Comments 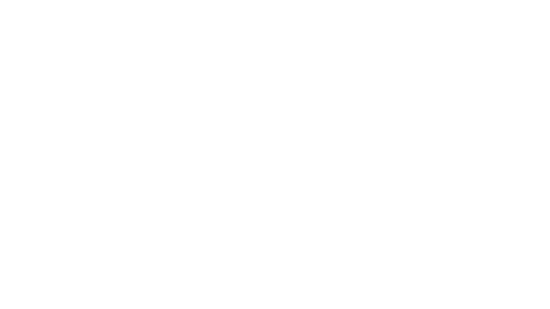 From an estimated 12 individuals in 1908, the number of one-horned rhinos has grown close to 3,000 in Assam’s Kaziranga National Park presently. Image: As originally published by Hindustan Times.

It is not very common for wildlife to feature in the heat of political campaigns and, yet, the Greater One Horned Rhino or the Indian Rhinoceros as it is also called was recently invoked in a campaign speech in Assam by no less than the Prime Minister.

Speaking at an election rally in Bokakhat not too far away from the Kaziranga National Park on March 21, Prime Minister Narendra Modi, among other things, said that the Bharatiya Janata Party-led state government in Assam has ensured that those involved in rhino poaching are behind bars and accused the Opposition of being soft on poachers, when the latter was in power in the state.

Irrespective of the political hue of those in power, the story of rhino conservation in Assam is one of resounding success. From an estimated 12 individuals in 1908, numbers have grown close to 3,000 in the Kaziranga National Park presently. Undoubtedly, political commitment backed by the provision of required resources is key to the success of any public cause, including that of wildlife conservation.

It was another Prime Minister’s actions that laid the foundation for many of the country’s greatest conservation successes. Project Tiger was launched in 1973 during the tenure of the then Prime Minister, Indira Gandhi. Over 900 Protected Areas in India extending over a diverse range of habitats and ecosystems and covering 165,000 sq. km. (approx. 5% of the country’s total geographic area) owe their continued existence to the Wildlife (Protection) Act, 1972 also passed during her tenure.

That era was different and current political leaders may find it much more difficult to balance the demands of competing constituencies when it comes to the conservation of wildlife and their habitat. A case in point being a recent submission made by the National Highways Authority of India (NHAI), subsequently withdrawn, to the Karnataka high court that the Environment (Protection) Act, 1986, which was passed by the Indian Parliament “not only for the protection of the environment but also at the instance of foreign powers”.

Fortunately, calls for increased protection of the Indian Rhinoceros find great resonance with the people of Assam, most of whom see the rhino as a symbolic representation of themselves, an essence of what it means to be Assamese. Poll rhetoric that seeks to suggest that a section of the populace may be “outsiders”, and, by extension, against the rhino or worse still are poachers or support poaching, is unfortunate.

Elephants too have featured as a poll issue in the keenly contested assembly elections in West Bengal. News reports speak of harassed residents of villages spread over 12 assembly seats in Bankura district in south Bengal seeking a permanent solution to the problems caused by the pachyderms. Six months ago, the state government announced an increase in the ex-gratia payment to the kin of those deceased in an elephant attack from ₹250,000 to ₹400,000 and a job for a member of the family in the Home Guard.

While welcome, such measures fall short as the underlying causes of human-elephant conflict remains unaddressed. The elephants in Bankura too could be labelled “outsiders”, having come into Bengal from Dalma in Jharkhand nearly 35 years ago. While some animals spend up to six months in Bengal before returning to Jharkhand, many have chosen to stay on, feeding on crops while sheltering in the plantation forests.

Experts list several reasons for this movement including drought, loss of habitat and disruption of migratory routes within existing home ranges (around 1000 sq. km. for female led herds) due to linear infrastructure projects, large scale mining and urban expansion.

Displaced elephants have not just been migrating from Jharkhand to Bengal but also from Odisha and Jharkhand further west to Chhattisgarh and Madhya Pradesh. In the Lok Sabha elections of 2019, many villagers in Chhattisgarh’s Surguja constituency chose not to vote to express their anger and dismay at the lack of action on the part of state authorities to address the conflict effectively.

Wildlife then, it would appear, features in poll campaigns as an emotive issue where a threat to the species as is the case with the Indian Rhinoceros, seen as emblematic of Assamese identity, can be (and is) projected as a threat to the indigenous culture. Wildlife or issues related to wildlife also seem to matter at the hustings when political suitors are compelled to respond to the voters’ distress and anger such as in Bankura.

For real conservation gains to be made and for far-reaching and permanent solutions for hundreds of communities across the country that suffer losses due to human-wildlife conflict, our politicians need to display a maturity that goes beyond deploying wildlife as just another stratagem to score over opponents during election times. Issues of wildlife conservation need to be embedded within a larger framework and narrative to secure India’s ecological security. India’s political class has displayed such foresight in the past and will need to do so now more than ever.