On World Rhino Day, looking back on an eventful year

By NewsroomSeptember 24, 2019Conservation
No Comments

September 22 marks World Rhino Day, a global event established to celebrate the world’s five rhinoceros species, as well as to reflect on the challenges facing them.

The year that has elapsed since World Rhino Day 2018 has been a momentous one for rhinos and for the people working to protect them. Regardless of its conservation status, each species faces dangers ranging from poaching to tsunamis to overcrowding in protected areas. But it’s not all bad news, with conservation efforts sparking an upturn in numbers for several species and subspecies. Even in the most seemingly desperate cases, small victories can be found, such as the relaunch of a captive breeding program in Sumatra.

Here, we look back at Mongabay’s coverage of some of the biggest stories. 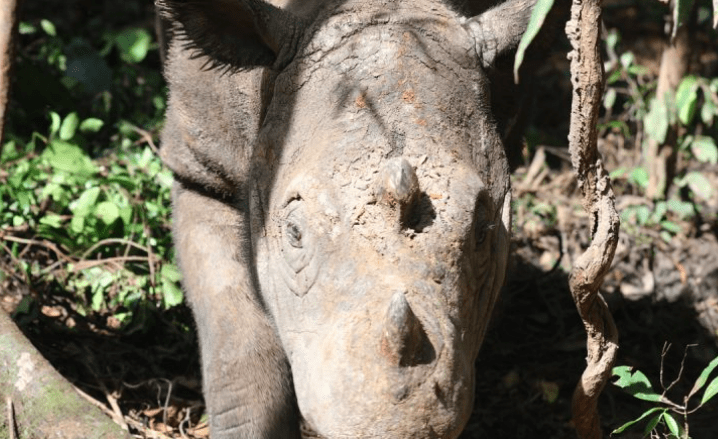 Original picture as published by Mongabay.com.

Conservationists were alarmed. Even with a ban, black-market demand for rhino and tiger products remains high in China. Experts feared legalizing the trade would legitimize the use of such products and create an opportunity for illegally-procured animal parts to be laundered into the market. “With wild tiger and rhino populations at such low levels and facing numerous threats, legalized trade in their parts is simply too great a gamble for China to take,” the World Wildlife Fund (WWF) said.

On Nov. 12, the government backtracked, saying it would maintain the ban while further studies are conducted. Wildlife activists expressed relief, but remain watchful.

On Sept. 20, 2018 — just ahead of World Rhino Day — a coalition of international conservation organizations announced the official launch of Sumatran Rhino Rescue, an effort to support the Indonesian government’s captive breeding program for the Critically Endangered species. In the year since, a number of significant steps have been taken. Key among these was the successful Nov. 25 capture of a female Sumatran Rhino in Indonesian Borneo. The rhino, named Pahu, is the first new rhino added the breeding program since its relaunch as Sumatran Rhino Rescue.

Plans are also underway to build a network of sanctuaries where rhinos can be cared for and — researchers hope — breed, in a setting closely resembling their natural habitat. In addition to the existing facility in Way Kambas National Park where seven rhinos live, and the new center in Kalimantan where Pahu is living, the government has announced plans to open a sanctuary in the Leuser Ecosystem in northern Sumatra.

The May 2019 death of Tam, the last male rhino known to survive in Malaysia, added urgency to the call to intensify captive breeding efforts. Only nine Sumatran rhinos currently live captivity, and the wild population is believed to number no more than 80.

On Dec. 22, 2018, a devastating tsunami hit Indonesia’s Java Island, killing more than 400 people. The tsunami generated waves up to 5 meters (16 feet) high, some of which crashed ashore in Ujung Kulon National Park, the sole remaining habitat of the Javan rhino. Two park employees were killed and guard posts damaged, but no rhinos are believed to have been harmed. Park officials credit the rhinos’ survival at least partly to the animals’ natural instinct to seek high ground.

Conservationists have long warned that having the entire remaining Javan rhino population — currently estimated at 68 individuals — confined to a single habitat leaves the species highly vulnerable extinction due to natural disaster or disease.

Despite these warnings, Indonesian officials announced in July that plans to establish a second habitat for the species have been put on hold. Instead, efforts will concentrate on expanding the available habitat in and around Ujung Kulon.

Reckoning with Success in Nepal

Nepal has enjoyed extraordinary success at boosting the population of its greater one-horned rhinos. But this past year brought a reckoning. In March 2019, a Buzzfeed investigation revealed cases of alleged human rights violations around Chitwan National Park, highlighting how sweeping legal powers bestowed upon park rangers can negatively affect the lives of people living around protected areas.

Meanwhile, another problem is becoming apparent in Chitwan, the country’s main rhino sanctuary. Although poaching has been virtually eliminated, rhinos have not stopped dying. Instead, out of a population of around 600 rhinos, more than 45 have been found dead due to unexplained or natural causes since July 2018. The spike in unexplained deaths has led some to speculate that Chitwan has reached its carrying capacity for the species.

Efforts to reintroduce black rhinos to areas in which previous populations were wiped out by conflict or poaching have met with mixed success. In the wake of a botched 2018 translocation Kenya, where all 11 relocated animals died, Chad also faced a major setback. Six black rhinos were translocated from South Africa to Chad’s Zakouma National Park in May 2018. By November 2018, four had died.

In Rwanda, however, five eastern black rhinos (D. b. michaeli) were reported in August to have successfully completed an initial acclimatization period after being relocated from European zoos to Akagera National Park. They join with a herd of 20 who in 2017 were brought to the park from South Africa. Conservation efforts helped bring black rhino numbers from below 2,500 in the 1990s to more than 5,000 today, and despite the challenges, efforts are ongoing to reintroduce the species across its former range.