By NewsroomFebruary 3, 2022Conservation
No Comments 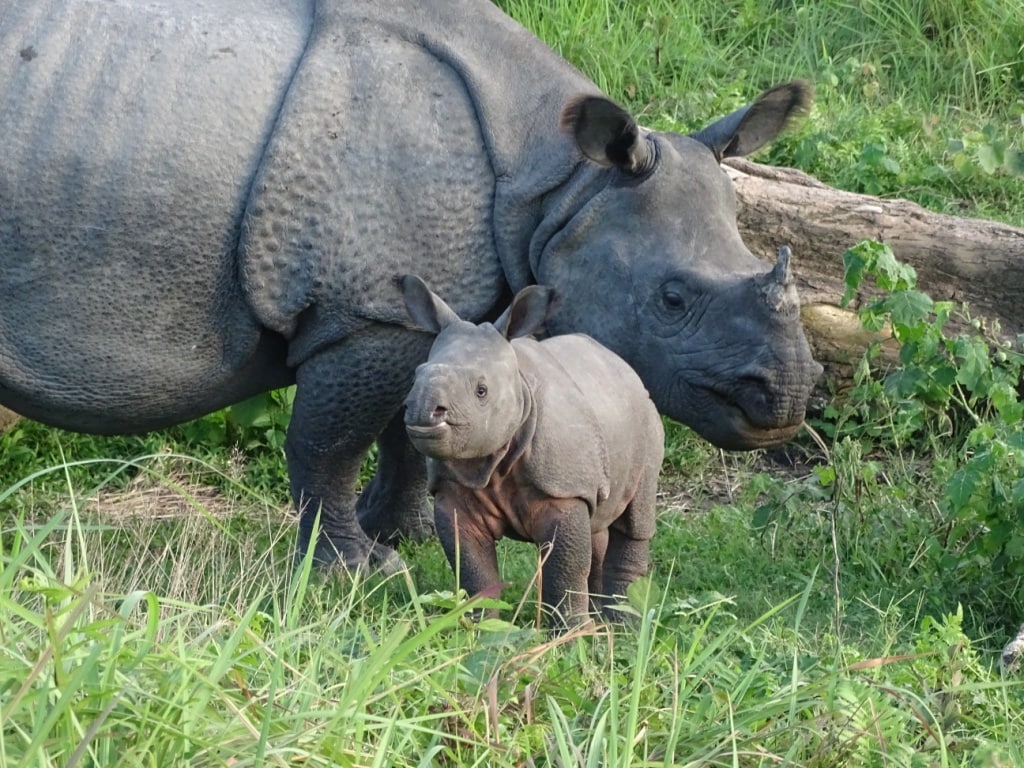 Twenty-five years ago, the population of greater one-horned rhinos in Manas National Park had been reduced to zero. Today, 54 rhinos roam the park and are successfully breeding in the wild.

Following a period of civil unrest in the region when one-horned rhinos were poached to local extinction, two of the world’s leading conservation organizations and the Assam government launched a first-of-its-kind initiative in the early 2000s to re-establish the population of wild rhinos in Manas National Park.

For over 15 years, orphaned or injured rhino calves have been rescued and brought to the Center for Wildlife Rehabilitation and Conservation (CWRC) during the annual floods in Kaziranga National Park. The calves are given 24/7 care and rehabilitated until they are able to be translocated to Manas National Park and released back to the wild.

“The International Fund for Animal Welfare (IFAW) and the Wildlife Trust of India (WTI) have rescued, rehabilitated and released rhinos in Manas National Park for over fifteen years. These rhinos and their offspring now make up nearly 50 percent of the rhinos currently thriving in the park. For over a decade, we have documented the birth of second and third generation calves from rhinos released by this project,” said Katie Moore, Deputy Vice President of Animal Welfare at IFAW.

CWRC was founded by IFAW and WTI and is the only wildlife rehabilitation facility in India that has been part of key wildlife reintroduction programs. Since 2002, more than 7,000 wild animals have been rescued by the team at CWRC and its satellite units.

In addition to the rescue, rehabilitation and release of greater one-horned rhinos, IFAW-WTI has worked to increase the area of protected land around Manas National Park.

“The partnership between IFAW and WTI is proof that together we can do more. India’s Protected Area Network, which is comprised of national parks, wildlife sanctuaries, and conservation and community reserves, has expanded by more than 772 square kilometers since IFAW-WTI began campaigning for increased protections for the Greater Manas Landscape in Assam, India,” says Phillip Kuvawoga, Director for Landscape Conservation at IFAW.

“The landscape is a key biodiversity hotspot and home to some of the world’s most unique wildlife such as golden langurs, Asian elephants, wild buffalo and greater one-horned rhinos—all listed on the IUCN Red List. Just last year we achieved another great milestone with India’s government declaring a new protected area, Raimona National Park as part of Greater Manas.”

The two organizations also took action on a growing area of need in India—connected landscapes. As new human developments are constructed, there is a critical need for wildlife to move safely between protected landscapes. To address this concern, IFAW and WTI started the Right of Passage: National Elephant Corridor Project. The project has identified 101 linear strips of land that will allow elephants and other wildlife to travel from one landscape to the next. The first six corridors are secured and the next six are underway.

“IFAW is committed to creating a world where people and animals thrive. For the past 20 years and for the years to come, IFAW and WTI are working together to accomplish that goal in India. At every step of our process, the evolving needs of animals and people drive our partnership and our strategies,” said Moore.