By NewsroomAugust 24, 2020Rescue and rehab
No Comments 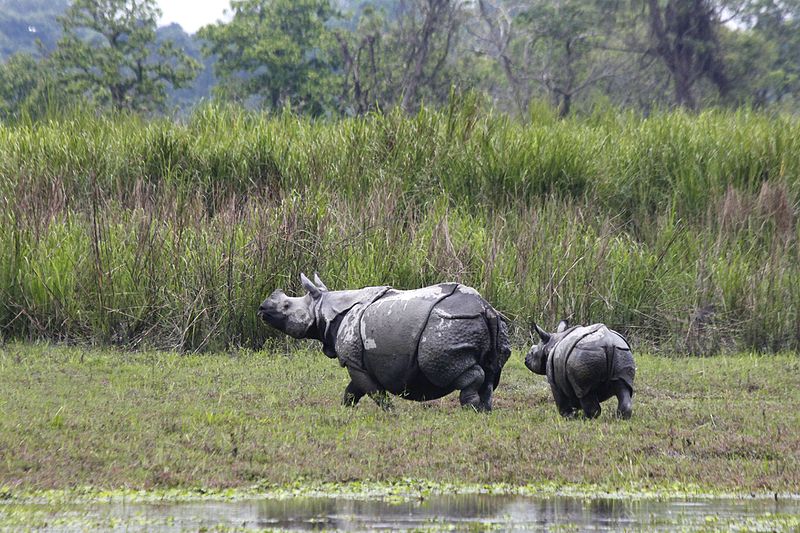 KOLKATA: A one-year-old female Rhino calf, which was rescued from Kaziranga National Park’s fringe area on Saturday, passed away on Monday night.

“The rhino was weak and debilitated and was suffering from anaemia and hypoglycaemia. The treatment was continued from day one of rescue. But last night, it succumbed to its disease,” Kaziranga National Park Forest Department authority said.

When the Rhino was rescued on August 15, it was severely anaemic and had tremendous weakness. Even after being treated, it succumbed to its disease on Monday, 9 pm,” Dr Samshul Ali, Veteraniran of CWRC, Kaziranga said.

The rhino was rescued in a critical condition after it had got stuck in mud. It was separated from its mother. Altogether, 18 rhinos have died this year due to the floods in Assam.

A joint team of Kaziranga National Park and Centre for Wildlife Rehabilitation and Conservation (CWRC) had rescued the female rhino calf from Dahgaon village, surrounding the Kaziranga fringe area on August 15, after the forest guards spotted her. The CWRC is a jointly run wildlife care facility of Assam Forest Department (AFD) and Wildlife Trust of India (WTI). The CWRC had kept the calf under observation and did all necessary treatment.