Only two northern white rhinos remain, and they’re both female – here’s how we could make more

By NewsroomOctober 19, 2020October 21st, 2020Science and technology
No Comments 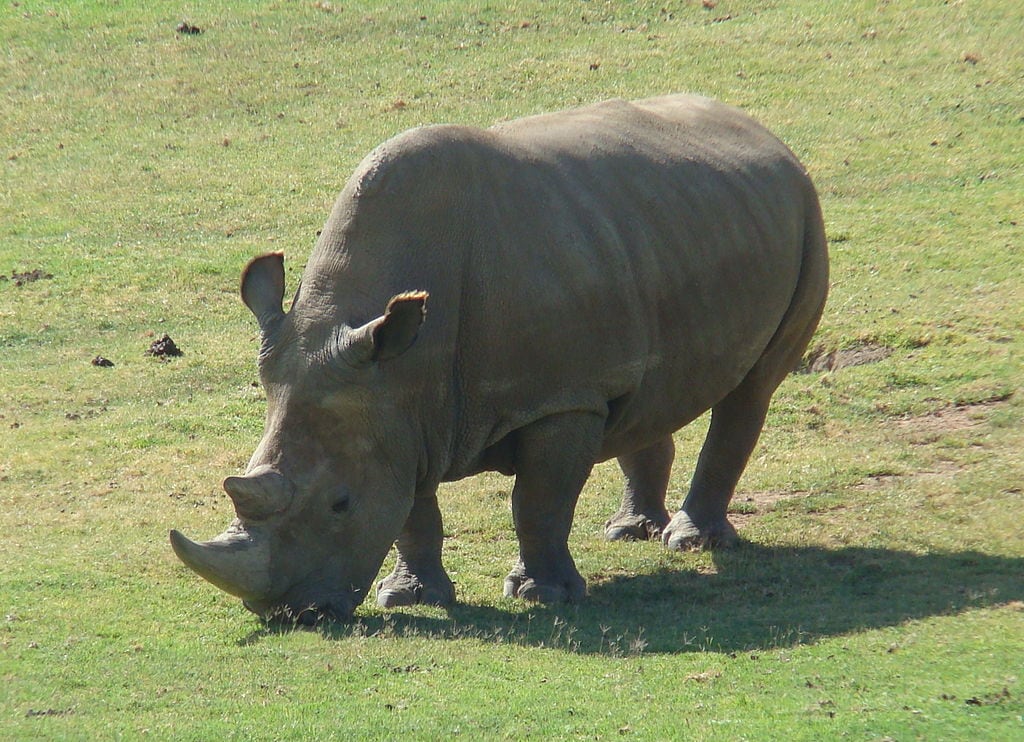 There were fewer than 100 southern white rhinoceroses (Ceratotherium simum simum) a century ago. Today, there are over 20,000. Sadly, this success story only stretches as far as the southern subspecies of the white rhino. With the death of the last male in 2018, the northern white rhinoceros (Ceratotherium simum cottoni) has passed the point where it can be saved naturally. With only two females remaining, the subspecies is now classed as functionally extinct.

This is a poignant, but not entirely hopeless, situation. New techniques, such as in vitro fertilisation (commonly known as IVF), enable us to bypass normal reproduction to produce new northern white rhino babies. Sperm samples from deceased males that are preserved in bio-banks solve one side of the equation, but there aren’t frozen stores of northern white rhino eggs that we can rely on as easily.

We established the Rhino Fertility Project at the University of Oxford to help solve this problem. By using ovary tissue from deceased female rhinos to grow lots of eggs for fertilisation in a lab, we think we may have found a way to save the northern white rhinoceros – and potentially, other endangered species – from extinction.

A team led by Professor Thomas Hildebrandt from the Leibniz Institute for Zoo and Wildlife Research in Germany had a breakthrough in 2019 when they managed to collect eggs from the last remaining northern white rhinoceros females. After treating the females with hormones the immature eggs were collected, transferred to a lab where they were matured and then fertilised with frozen sperm.

To date, a handful of northern white rhinoceros embryos have been created this way. They’re frozen and awaiting implantation in a surrogate female southern white rhinoceros. Transferring embryos into surrogates to produce baby animals is a process that’s been well established for lots of species, including horses and cows, though it’s still in the development phase for rhinos.

But the biggest constraint on this approach is that hormonal stimulation of female rhinos produces just a few eggs per cycle. Not all of these eggs will fertilise and not all will develop into an embryo. After transfer to a surrogate, only some will complete their development and become baby rhinos. As you might imagine, with only two remaining rhinos to gather these precious eggs from, this limits our ability to revive entire populations.

So what if we had the means to produce more eggs? While eggs collected from female rhinos are in short supply, generating eggs from ovarian tissue from deceased rhinos could fill the gap.

As in humans, every female rhinoceros is born with thousands, if not millions, of immature ovarian follicles. At the centre of each of these sits an immature egg, also known as an oocyte. The follicle grows over months until it’s ready to ovulate. At this point, these contain fluid and secrete hormones which influence the menstrual cycle. Ovaries contain lots of these immature follicles that are just waiting to be activated – in fact, far more follicles than are actually needed. As follicles grow and some are selected for ovulation, many are lost.

Rhinos don’t undergo the menopause and so the ovaries of older animals still contain small follicles. Our goal is to grow these from the ovarian tissue of a deceased rhinoceros in the lab. We’re experimenting with techniques that maximise the number of follicles we can grow in a culture dish.

By harnessing the full potential of rhino ovaries, we aim to grow as many eggs as possible. We’re developing our method using ovarian tissue from different rhino species, including the southern white, Indian and black rhinoceros. Since all rhino species are either threatened or endangered, this technology could help more species than just the northern white, including the rare Javan and Sumatran rhinos.

But as you can imagine, there aren’t many rhinoceros ovaries available for laboratory research in the UK. Shipping tissue from threatened or endangered species in Africa to the UK in a timely manner is impossible, with many legal hurdles and mountains of paperwork. Collaboration between zoos, wildlife parks and research institutes is of the utmost importance here, to allow us to obtain this precious ovarian tissue.

The experience and knowledge we’re gaining by developing this technique could even be useful in conservation efforts for other species. By freezing ovarian tissue and sperm from other endangered species and developing methods to cultivate follicles in labs, we could prevent further losses of some of Earth’s most iconic wildlife and revive ecosystems rich in biodiversity.