By NewsroomAugust 20, 2020Editorial
No Comments 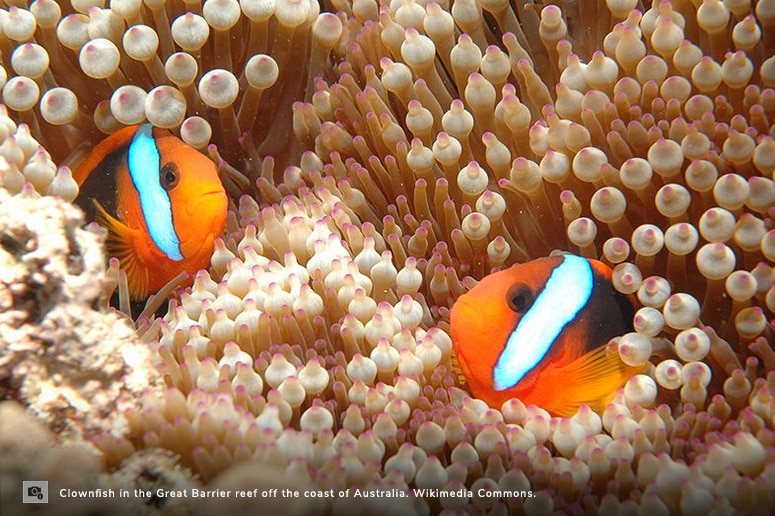 The great oceans of the world cover 70 percent of the planet’s surface, from the sandy shallows and rocky shores that fringe the continents to the sedimentary ooze that blankets the great depths. Yet we know more about the moon than our seas, as more than 80 percent of this vast, underwater realm remains unmapped, unobserved, and unexplored. Furthermore, only 5.3 percent is protected from our worst excesses.

At its deepest point, a crescent-shaped canyon in the western pacific plunges nearly seven miles from the surface to the ocean floor. This is the wonder of the Marianas Trench, where the full height of Mount Everest could be accommodated, and there would still be more than a mile of ocean between its peak and the surface. At the other extreme is the jewel of the Great Barrier Reef off the Eastern Coast of Australia. These shallow seas support a mass of coral that is quite literally the largest living entity on Earth. This World Heritage Site is greater in size than Florida and the Carolinas combined, bigger than the archipelago of The United Kingdom and Ireland.

We’ve been mapping bits of the world for millennia, and coastlines and the oceans with increasing accuracy for about 500 years, so we know the surface quite well. But the depths? That’s another matter altogether.

For about 250 years, we’ve been describing, naming, and cataloging our fellow passengers on “Starship Earth,” amongst them more than 240,000 creatures of marine ecosystems. Recently we’ve been finding about 2,000 new plants and critters every year. Still, we’re a long way off knowing anything about what scientists believe to be the millions of marine life forms awaiting discovery. Indeed, it will be years and years before we have anything close to a complete inventory in the World Register of Marine Species (rather amusingly known as WoRMS).

For most of us armchair aquanauts, the series Blue Planet II has given us the most comprehensive glimpse of ocean biodiversity to date. But as Sir David Attenborough confides in the opening sequence: “Hidden beneath the waves, there are creatures beyond our imagination.” This is no hyperbole, as scientists tell us that some 91 percent of ocean species have yet to be classified and that almost all of their habitat remains unexplored. Clearly, the scientific community has a job on their hands, and they don’t have all the time in the world to get it done. Researchers believe that a continuing decline in the health of many ecosystems is outstripping the capacity of many species to adapt. And so, the reality of life forms disappearing before we even know they are there is a frightening prospect.

Us modern humans have had an intimate association with the sea since our kind emerged some 200,000 years ago. There is evidence of this in the sophisticated tools and a culture of harvesting from the shallows and tidal pools along the coast of South Africa that dates back some 165,000 years, far earlier than was once thought. And so, through the ages, we have come to rely on the ocean’s bounty to sustain us.

For thousands upon thousands of years, our kind took what we needed from the sea, and the impact was slight, given how few we were. But now the Worldometer calculates that there are 7.8 billion of us, and it is a different story. Already more than a billion people live within 23 meters of sea level, and more and more communities are competing for a patch at the water’s edge.

The implications of this are huge. A tenth of the world’s population derives their livelihood directly from the oceans. And seafood is a major source of protein for some three billion people worldwide. It has become the largest traded food commodity in the world. WWF estimates that eight percent of marine fish stocks are either fully exploited or overfished. Making matters worse is the appalling fact many fisheries discard more fish than they keep as the unintended catch of non-target species—known as bycatch—is simply dumped.

Although the best practice standards for harvesting and product labeling set by the Marine Stewardship Council (MSC) have helped, only some 10 percent of global wild-caught seafood is MSC certified and labeled. However, the world’s fisheries are not only at risk from intensive legal fishing, they are also severely threatened by illegal, unreported, and unregulated (IUU) fishing. While it is difficult to estimate the extent of this black market, some experts reckon it is equal to between 14 and 33 percent of the world’s legal catch. In some parts such as the west coast of Africa, the situation is particularly critical. Here IUU fishing accounts for about 40 percent of all fish caught. Pirate fleets operate with impunity as close as a kilometer from the shore.

Our neglect of the world’s oceans comes at a massive cost. Not only are we endangering the biodiversity of marine ecosystems through overfishing, but the seas have also become the dumping ground for plastic and other pollutants on a vast scale. Agricultural pesticides and fertilizers flow through river systems to contaminate and kill marine plants and shellfish, while factories and cities discharging sewage and toxic waste add their burden. Furthermore, at least 8 million tons of plastic end up in our oceans every year, making up 80 percent of all marine debris from surface waters to deep-sea sediments.

At last, albeit somewhat belatedly, the IUCN is calling for 30 percent of each marine habitat to be set aside by 2030 in Marine Protected Areas (MPAs) with no extractive activities permitted. This is vital, especially given the next wave of ocean threats resulting from an awakening interest in deep-sea mining as terrestrial resources diminish. But it will all come to naught unless the agencies charged with ocean protection are given the resources and the legal teeth to do their job.