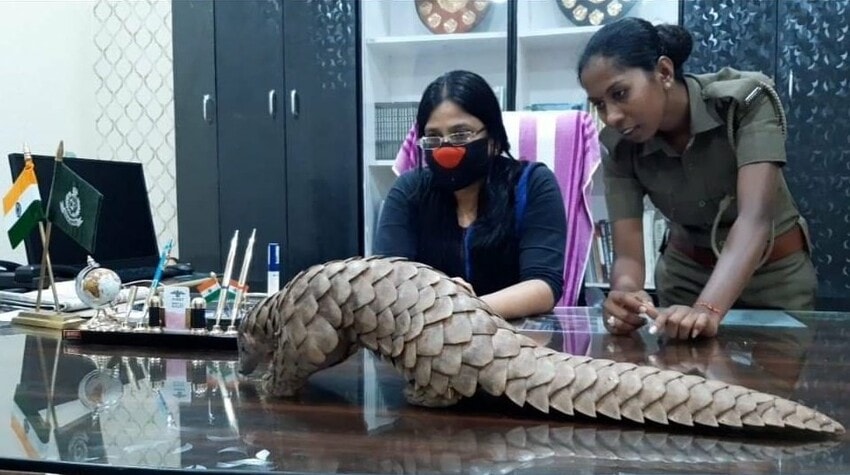 Sasmita Lenka (in blue) with a rescued pangolin. Image: As originally published by India Together.