Passages from ‘The Rhino Conspiracy’ by Peter Hain 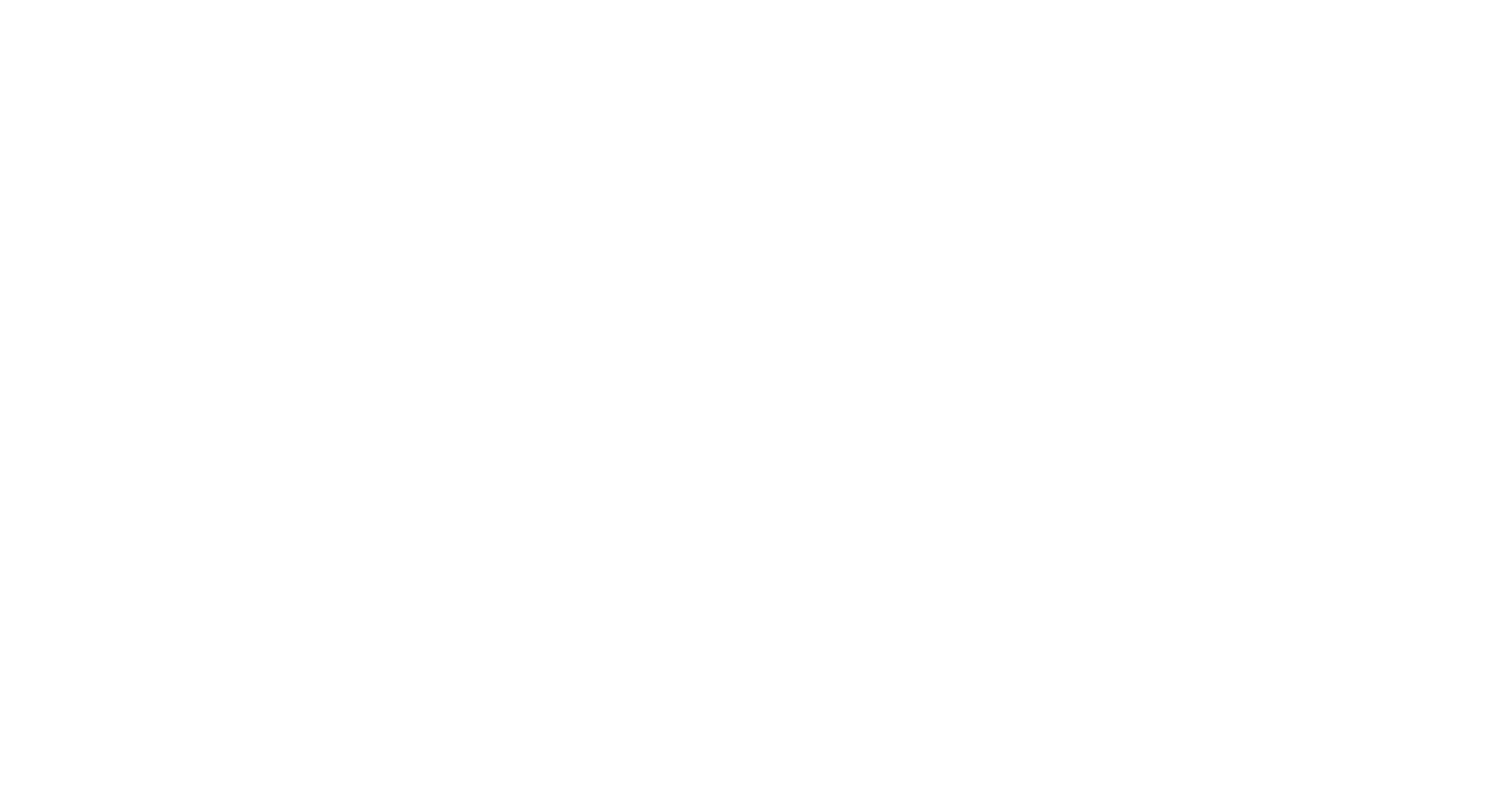 Image as published by the Daily Maverick.

Across the African continent, it’s the same sad, sordid picture. Two to three rhinos are killed every day. The northern white rhino, which once roamed in thousands, can only be resurrected from total extinction by stem-cell technology.

“In the mind-numbing heat the rhino bull heaved, belched and snorted, desperate for shade – a colossus in its prime and in charge of its own territory.

“But completely oblivious to the crouching poachers with silenced .303 hunting rifles pointing directly at it, the bullets soft-nosed, exploding upon impact, to tear apart the hide.  AdChoices

“The royal giant felt the searing agony as the first bullet exploded. Its distressed screeching tore through the midday haze and boiling silence of the bush, as it staggered and fell, legs splaying as it struggled to remain upright. Circling around as if drunk, bewildered by being unable to smell the source, dust billowing, it took a second bullet and collapsed, still trying to climb up. A third bullet, blood spouting, eyes glazing over vacantly, it finally, wrenchingly subsided.

“The poachers got out their pangas to hack viciously at the base of the horns, stuck them in a bag and slunk off. Soon hyenas arrived to scavenge, followed by vultures feasting for days on the wretched hulk, jettisoning their white excrement all over what had once been such a proud, regal specimen.”

Real-life based episodes like this one are portrayed in my new thriller, The Rhino Conspiracy, a tale of poachers powered by global crime and sheltered by high-level political corruption which threatens the very future of the species.

I was motivated to write it after visiting Thula Thula safari park in KwaZulu-Natal, witnessing rhinos chomping peacefully in the bush, but with armed guards watching over them 24/7, our safari guides explaining that the contest between conservationists and poachers had become ‘war zones’, with military-type technology escalating continuously.

The book is set in South Africa, the land of my childhood until my anti-apartheid parents were forced into exile in 1966, where alone, around 6,000 rhinos have been felled by poachers in the last decade.

Across the African continent it’s the same sad, sordid picture. Two to three rhinos are killed every day. The northern white rhino, which once roamed in thousands, can only be resurrected from total extinction by stem-cell technology.

But governments across the world need to act.

Because on top of the poor local Africans who do the poaching – many getting killed along with wildlife rangers – are international crime syndicates comparable to drug and human traffickers, protected by corrupt politicians and officials. And rhino extinction will only be stopped if that corruption and the global crime networks behind poaching are eradicated, along with consumer greed.

Rhino horns are composed of keratin, the same material as fingernails. In the black markets of China, Hong Kong, Taiwan, Singapore, Vietnam, Laos and Thailand, the horns can be more valuable even than gold and platinum, heroin and cocaine.

The horns are ground down into powder and used as a party drug – for hangovers, aphrodisiacs, drug substitutes and other nefarious pursuits. Also for medicinal purposes, despite the absence of any scientific evidence that it can improve health.

The grotesque fetishes of rich elites in East Asia have created a voracious demand. It’s their money that feeds the crime syndicates, that buys off the politicians, that pays often poor African poachers, that kills game rangers by the hundreds.

The Rhino Conspiracy tells a fictional story of brave activists who expose state-sponsored corruption and poaching in South Africa. The renowned campaigner Julian Rademeyer, author of Killing for Profit, has endorsed it enthusiastically as: “Masterful… A thrilling journey behind the frontlines of the battle to save Africa’s wildlife.”

It could have been set in any African country with rhinos, because the political corruption sheltering organised poaching is endemic. But South Africa’s government has been riddled with corruption, following industrial-scale looting by former President Jacob Zuma during his decade in power.

Nelson Mandela would be turning in his grave at this betrayal of the anti-apartheid struggle he led, and at the threat to Africa’s wildlife like the rhino, whose heritage he worshipped.

“The butt of the high-powered rifle had the old familiar feel, nestling against his shoulder as he crouched in the safari park…

“He hadn’t done anything like this for nearly a quarter of a century.
That seemed a lifetime ago. And then of course, at the very pinnacle of his military career, he hadn’t needed to squeeze the trigger… on the momentous day when Madiba took the first steps of his long walk to freedom… Yet, just as his duty then was to protect Madiba, now he passionately believed he was protecting the legacy of Madiba.”

Crouching high up out of sight when the world watched Nelson Mandela walk to freedom from a prison in the Cape Winelands in February 1990 was a South African army military sniper nobody was ever told about.

He revealed his role when I met him by chance in London a few years ago. Startled, I asked about his mission. To protect Mandela from any potential assassin, he replied.

Ironic, since most of his career before that had been devoted to shooting Mandela’s followers trying to overthrow the apartheid system he served.

He also told me that he had an African “spotter” that day amid the waiting crowd swirling chaotically around the prison gates who became so emotional at the sight of a serenely smiling Mandela that, tears streaming uncontrollably, he was rendered completely unable to assist.

He becomes my character “The Sniper” who in middle age is corralled back into duty to protect a game reserve against rhino poacher attacks.

And later to be persuaded against his better instincts to deploy his lethal skills against emissaries from the corrupt president behind the poaching. It is one thing in a wildlife park to protect rhinos facing extinction, quite another to killing humans in a public place, he worries.

When in an army uniform it’s a matter of duty, and of obeying instructions. When in civilian clothes, the ethics are rather more mercurial, even if the cause is noble. An interesting conundrum.

He is recruited by “The Veteran”, a former ANC freedom fighter who breaks with the ANC to expose the state corruption sponsoring the poaching of rhinos.

Young and vivacious, if sometimes headstrong, Thandi Matjeke was a “Born Free”.

She had never experienced apartheid’s horror or oppression, which had intruded into every nook and cranny of the lives of her parents and their fellow Africans.

Never been shot at by the ruthless old security forces, like the schoolgirls and boys had at Soweto in 1976. Never known an activist relative to disappear into the clutches of the Special Branch, without discovering what had happened to them.

She had grown up in the “rainbow nation”, her childhood spent in the small family home in Atteridgeville, one of the old satellite black townships ringing her country’s capital city, Pretoria.

But, unlike most of her fellow Born Frees, she had read voraciously about the worst racial tyranny the world had ever known. She knew about Mandela’s history and that of his close ANC comrades: Oliver Tambo, Walter Sisulu, Govan Mbeki and Ahmed Kathrada. Knew about Chris Hani, the inspirational next-generation ANC leader gunned down by a white racist so cruelly, just before the transition.

She was inspired by their courage, determination and passionate commitment to democracy, to human rights, to social justice. They were her heroes. So were the tiny handful of whites who joined their freedom struggle, sacrificing all the privileges apartheid conferred on them, like Joe Slovo, Ronnie Kasrils, Denis Goldberg, Bram Fischer, Rusty Bernstein, Harold Wolpe, John Harris, Hugh Lewin, Peter Brown, André Odendaal.

Even more so by African women like Albertina Sisulu, Adelaide Tambo and, before she went AWOL, Winnie Mandela. They carried forward the struggle and brought up their children over the long decades while their men were on Robben Island; amazing mothers of Africa, each and every one of them, followed by a younger generation like Cheryl Carolus and Zohra Ebrahim.

As her grandmother was dying, she had been summoned to her bedside to hear stories from the past. Stories the frail old woman felt were important. Like when the Special Branch had raided the home of her white mistress and master, and she had secreted the suitcase full of their activist documents away in a slot between a kitchen cupboard and the cooker, standing there doing a “dumb k****r” routine expected of her by the arrogant white intruders.

Or suddenly facing eviction from her tiny home in Lady Selborne township after the authorities had ordered workers to take off the roof, forcing her and all other black Africans to move out to make space for whites, even though she and her three children had nowhere else to live. As the workers moved in to kick her out, she was officiously informed she had to go on a list and wait for a house somewhere else, many kilometres away.

Thandi Matjeke felt herself to be different from the school friends who seemed to know nothing of the struggle, nothing of the bitterness and terrible hardship. Nothing about where they had come from. She was probably more beautiful than the lot of them, with her shiny, smooth skin, mischievous eyes and sense of fun. Keeping herself trim by jogging, exercise and careful diet, she turned men’s eyes and drew them towards her.

But no man dared to take advantage like they did far too often with other young women. Some of her peers even saw her as rather stuck up – the young men because she usually said “No”, the women because she wasn’t like them, obsessed with their phones, lipstick, fashion or the prevailing celebrity culture.

At times she even felt aloof. But surely she wasn’t abnormal, she asked herself? She enjoyed the company of men – if they were respectful, intelligent and interested in her, not just her body. She even enjoyed the odd flirt with them.

But she carried herself proudly. She was Thandi Matjeke. A Born Free but not a Born Forget.

She knew where she had come from, what her people had been through. Above all, she knew from her history that to betray the values of the freedom struggle was the ultimate betrayal.

Thandi – translated as “the beloved one” – stood tall despite being small in height.

But, in agreeing to help “The Veteran” (an old former ANC freedom fighter), she had absolutely no idea her life would be endangered.