Pennington athlete, Phil Waudby is about to embark on yet another incredible journey as part of an awareness campaign and fundraising initiative to help save South Africa’s rhinos.

Phil began running for charitable causes more than a decade ago.

Back in 2011, he ran to the start of the Kalahari Augrabies Extreme Marathon (KAEM) from Benoni, a distance of 933kms in 12 days, having one rest day afterwards for the compulsory check in and medical for the race, and then went on to complete in the actual 250km KAEM race.

This supreme effort saw him raise R130 000 for the Sunflower Fund.

Over time, he became aware of the seriousness of rhino poaching.

“I am a great lover of the outdoors and just love these incredible creatures,” he said.

“I often see posts on Facebook groups that show these animals being poached, and this really saddens me.” 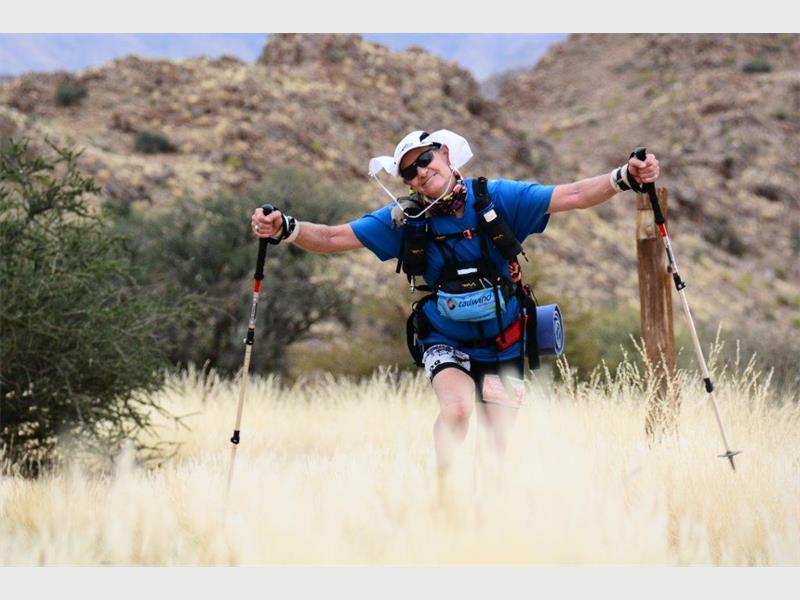 Wanting to do something concrete to help, in 2015, Phil put together a small team of runners under the banner of Outraged SA Citizens Against Poaching (OSCAP).

This team ran 50kms, from the Johannesburg Zoo to a restaurant in Irene, Pretoria. “Not only was this a lot of fun, but we raised R10 000 for a very good cause.”

This year, Phil, who is also the chairman of the Scottburgh Running Club, will again be running the KAEM from October 12 to 18, under the OSCAP banner.

“We need to get everyone, including businesses…in fact the whole country…involved in this effort, as some species of rhino are already extinct.”

He has been preparing for the KAEM for quite some time and has been spotted training on the roads and beach in the Scottburgh and Pennington areas.

The task is a daunting one – the Kalahari Augrabies Extreme Marathon is a seven-day, multi-stage, self-sufficient foot race held in the Kalahari Desert in October each year.

The route covers the Augrabies Falls National Park and private farmlands and participants are required to carry their own equipment throughout the race.

“We will have to endure some scorching desert temperatures too, but I don’t mind as it’s all for a good cause.”

If you would like to help Phil in his quest to save South Africa’s rhinos, contact him at 083-7156098 or on ali.waudby@gmail.com.