Photos of Orphaned Rhino and Zebra Babies Who Are Best Friends

By NewsroomApril 12, 2022Rescue and rehab
No Comments 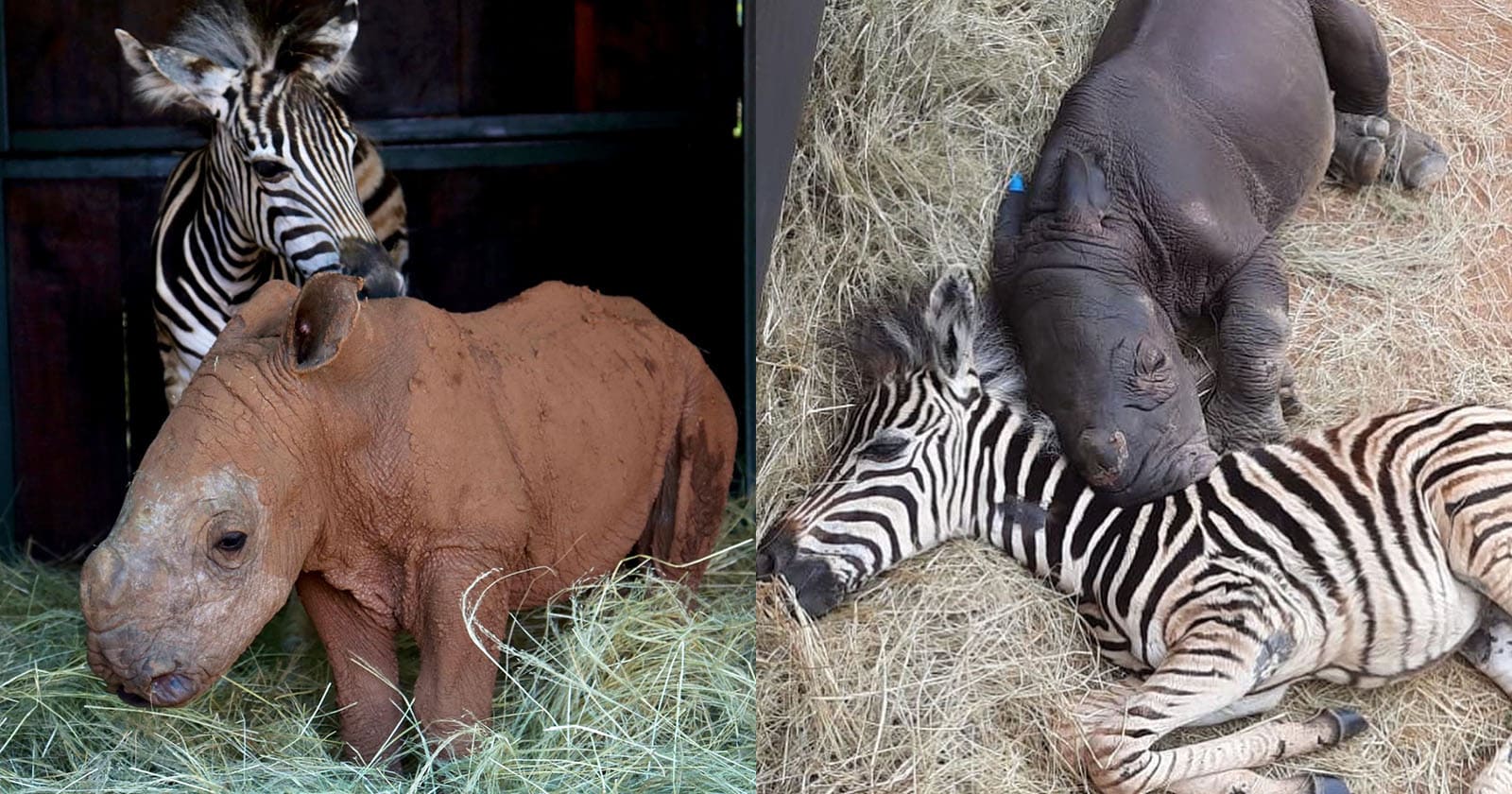 A rhino sanctuary in South Africa is publishing heartwarming photos documenting the special relationship between a baby rhino and a baby zebra, both of whom were found orphaned in the wild.

“Modjadji was admitted to the sanctuary’s ICU at the end of November after being found motionless and barely breathing on the reserve after heavy rains and storms,” the sanctuary tells The Dodo. “Modjadji was thought to be just a week old.”

Just days later, in early December 2021, rangers found a baby rhino alone and fighting for life in the park. It still had its umbilical cord attached, and it was estimated to be less than a day old when it was discovered and rushed to the sanctuaries intensive care unit.

While the exact cause of Daisy’s abandonment is not known, she was discovered during a “devastating week” in which dozens of rhinos were killed by poachers in South Africa in just a matter of days. Calves are often left behind after the poachers harvest the mothers’ horns, which are in high demand in Asian countries such as China.

Both animals pulled through after receiving round-the-clock care and treatments, and the zebra and rhino were given the names Modjadji and Daisy, respectively.

Over the next weeks and months, the two babies found comfort with each other and became fast friends.

“Modjadji is amazing company for Daisy and very affectionate towards her,” the sanctuary tells Newsweek. “They cuddle together at night which gives Daisy comfort and security. She is a friend that can be with her 24/7 and this in turn helps to prevent too much human contact with Daisy.”