By NewsroomAugust 23, 2021Wildlife Crime
No Comments 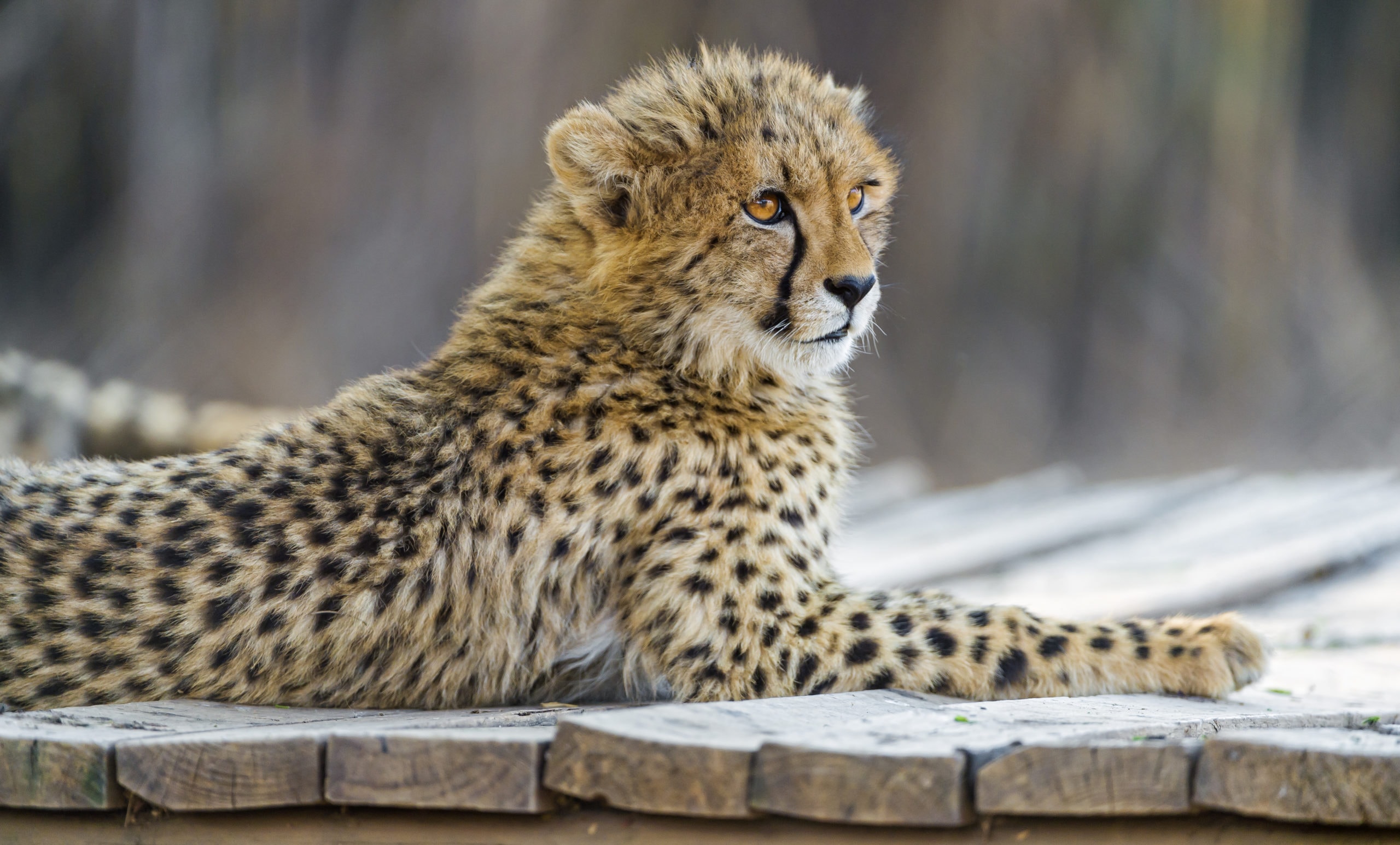 Photograph of a cheetah for illustrative purposes, please click through the article to see National Geographic images. Image: Tambako the Jaguar / Flickr

During her first week as Somaliland’s minister of environment and rural development in 2013, Shukri Haji Ismail Mohamoud learned that five cheetah cubs recently had died in the ministry’s building. The cubs had been confiscated from a smuggler by police and ministry staff, but no one in Somaliland had the expertise to care for them, so they ended up in the government office in Hargeysa, the capital.

“I had no clue about what was going on,” she says recently. Then law enforcement rescued another six cubs and brought them to the ministry too.

“Why are people taking cheetahs?” she recalls asking her staff. “And they said, because they are selling. Selling! They are not goats; they are not sheep; they are not camels. Why are they selling the cheetahs?”

That’s when Mohamoud learned that nomadic pastoralists were selling cheetah cubs to traffickers, who were smuggling them out of Somaliland in the Horn of Africa and to the Arabian Peninsula to be sold as pets. “Wow, that’s illegal,” she said. “And they said, nobody knows that it is illegal.”

So she started writing a bill to update the largely unknown previous law, and in 2016, Somaliland’s Forestry and Wildlife Conservation Act came into force. The comprehensive legislation covers a range of environmental protections, but most notably it prohibits taking animals from the wild. Selling wild animals for profit is punishable by at least a year in prison and a fine of three million Somaliland shillings (about $5,200).

With fewer than 7,000 adult cheetahs left in the wild—most in southern and eastern Africa—and an unknown number being sold into captivity each year, Mohamoud has become a driving force behind Somaliland’s efforts to protect the cats. Somaliland is not officially recognized by the international community as independent from Somalia, its neighbor to the south, from which it declared independence in 1991 amidst a civil war. Nonetheless, Somaliland has a relatively stable democracy with its own president, ministries, parliament, court system, and military.

Prompted by Mohamoud, the government has taken on the problem of cheetah trafficking with more zeal than many better-resourced countries have shown in dealing with any type of wildlife crime, National Geographic reports in its September 2021 feature on cheetah trafficking.

Somaliland is still working to develop and strengthen its civil institutions, and the legal concept of crimes against wildlife is relatively new. The attorney general’s office, which prosecutes such crimes, is trying to keep up.

Mohamoud carries around a pocket-size copy of the 2016 law to show anyone she meets who hasn’t heard of it. Somaliland lacks widespread internet coverage, good roads, and direct access to international aid that could help develop infrastructure, so spreading the word about wildlife laws has been difficult.

Deputy Attorney General Mowliid Cabdi Muuse, who leads the Hargeysa region’s prosecution office, says he can recall at least five cheetah trafficking cases since the 2016 environmental law went into effect. His office now has a prosecutor dedicated to environmental crimes who’s been developing expertise in those kinds of cases. Next, Muuse says, he wants to train judges, who aren’t necessarily as well versed in the law and wildlife trafficking cases.

But before a case can ever get to court, it’s up to law enforcement to detect the crime.

“We are trying as much as possible, working very hard, to provide security for wildlife,” says Minister of the Interior Maxamed Kaahin Axmed. Still, he acknowledges, there are many challenges: monitoring Somaliland’s long coastline, lack of funding and equipment for law enforcement, and the difficulty of allocating limited resources to fighting everything from wildlife trafficking and terrorism to illegal fishing.

The army now has a specialized unit—the 18th Battalion—tasked with interdicting trafficking of all kinds. Stationed in the coastal town of Lughaye, a known exit point for smuggled goods, the team does all-night patrols, sets up dragnets to catch suspected traffickers, and checks cars for contraband.

Most importantly, says Col. Baashe Maxamed Guul, who leads the unit, they get to know community members, aiming to build trust and have conversations about the effects of trafficking on security. This kind of social investment has allowed the battalion to develop its own information network that shares tips to help them stop trafficking, he says.

Community engagement and “sensitization” are buzzwords that come up frequently among those working to end cheetah trafficking. For Mohamoud, it can be as simple as teaching people she meets that taking animals from the wild is against the law. For Guul, it’s about helping communities understand the role law enforcement plays in Somaliland’s security.

Others, including Axmed Cabdullaxi Fadan, the deputy commander of police in the Silil area, emphasize a sense of patriotic duty. “Local citizens born in Somaliland have a responsibility to protect their own land,” he says.

The Cheetah Conservation Fund (CCF), a nonprofit headquartered in Namibia that runs safe houses in Somaliland to care for rescued cubs, has introduced a children’s education program in Hargeysa.

In November 2020, Kaita Ivan, then CCF’s education supervisor and a cheetah caregiver, led an interactive session, complete with toy microphone, for elementary school-age children at the British Islamic Academy. He projected a picture on the wall of cheetahs eating a goat. If you saw this, what would you do? he asked.

“Kill it!” one boy said, with gusto. Livestock is the cornerstone of Somali culture, and—aside from the remittances Somalilanders living abroad send back—goats, sheep, and camels are economic mainstays. Any threat to one’s herd is a threat to one’s livelihood.

“These reactions are very common and expected,” Ivan says. But “it gives me an opportunity to respond to them.”

Conflict between cheetahs and pastoralists is one of the biggest threats to the cats’ survival. It’s also sometimes the impetus for selling cubs to smugglers: When a herder loses a goat to a cheetah, he’s likely to know that he could track down her cubs and sell them to a smuggler to help recoup his losses.

By the end of their hour-long session with Ivan, the children had learned how to tell the difference between cheetahs and other wild cats and about the role cheetahs have in keeping the ecosystem healthy for animals and humans alike. They also understand that cheetah cubs rescued from the illegal trade must spend the rest of their lives in captivity because they never learned to hunt. That’s like going to jail for no reason, Ivan had said.

When he asked them, “What would you do to save the cheetahs?” kids shouted out things like, “Spread awareness!” and “Not kill them!”

Northern Kenya sees the same conflicts: A cheetah kills livestock, so a herder kills the cheetah. The nonprofit Action for Cheetahs in Kenya studies and collects data on cheetah populations to inform conservation plans. They’ve developed strategies to help livestock owners protect their herds and reduce interactions with predators, and now they’re passing those strategies on to rangers as well.

“The idea is to share our lessons with others, to help them with a tool to assist other communities with general predator conflict,” says Cosmas Wambua, the group’s assistant director. “Preventing these losses in the first place”—whether by lion, leopard, hyena, cheetah, or jackal—“increases tolerance for predators in general, including cheetahs,” he says.

It’s not known how many cheetah cubs entering the illegal wildlife trade come from Kenya, or whether any are the offspring of adults killed in Kenya for attacking livestock. “From my perspective, there is no link between human-cheetah conflict and illegal cheetah cub trade,” Wambua says, though there are reports from Somaliland of smuggled cubs coming from Kenya.

Cabdi Xayawaan, a notorious cheetah smuggler in Somaliland, once bragged to a driver he sometimes hired that he gets cubs from Kenya, as well as from Ethiopia and Somaliland, the driver says.

As with any kind of wildlife trafficking—from elephant ivory to pangolin scales—a complicated mix of poverty, greed, and corruption fuels the illegal trade in cheetah cubs. To protect cheetahs, Mohamoud, Somaliland’s environment minister, says, solutions must be put in place in the countries where they’re found in the wild—and in the countries with people who want to own them as prestige pets. It’s at our peril, she says, to fail to see that stability in the natural world and in human affairs are intertwined.