By NewsroomAugust 19, 2020Land conservation
No Comments 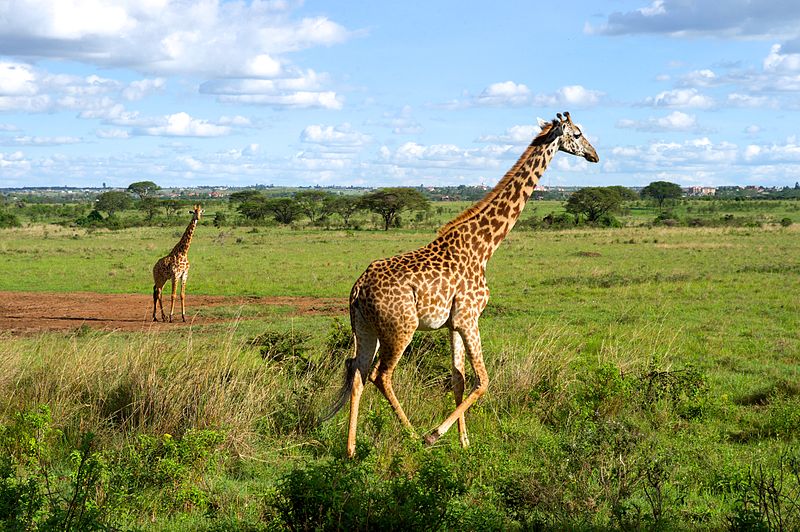 Kenya’s oldest national park, which is facing threats from habitat loss, a decline in wildlife species and government infrastructure developments, is at the centre of a fresh row over its future.

Created through a colonial proclamation in December 1946, the 45-square mile Nairobi national park is the only sanctuary in the world where wild animals roam freely next to a bustling metropolis. Its ecological health is indicative of the country’s efforts to preserve Africa’s vanishing wildlife.

Conservationists, however, fear the park is fast losing its place as a critical habitat for wildlife, with some species recording a 70% decline within the past 40 years, according to the Kenya Wildlife Service (KWS), which manages the country’s national parks. A 30,000-strong wildebeest migration that used to happen during the 60s has collapsed, with only about 200 left in the park, while the population of Burchell’s zebra dropped from 1,400 to under 800 between 2010 and 2019. The park is also home to about 100 Masai giraffes, currently on the International Union for Conservation of Nature red list of threatened species.

Pressure to expand the country’s infrastructure has created a conflict between conservation and socioeconomic interests. In the past eight years, KWS has bowed to pressure from other government departments and allowed Chinese firms to construct a new highway and a railway line through the park.

A report in 2015 described the park’s deterioration in the face of human activities as “hazardous to the preservation of wildlife in the area” and outlined the threats posed by alien and invasive species that stifle the regenerative capacity of indigenous species and reduce forage resources for wild animals. Last year, the Centre for Agriculture and Bioscience International reported that invasive species were “a serious and growing problem” across Kenya.

However, loss of wildlife dispersal area is perhaps the greatest threat to the park’s survival. Communities living on the park’s southern edge are tempted by high prices to sell of parts of their once large and open tracts of land for housebuilding.

“It is true the park is under immense pressure,” said Dr Patrick Omondi, director of biodiversity, research and planning at KWS. “Land prices around the park’s dispersal area continue to skyrocket. Unfortunately, the land is being sold to outsiders who have little interest in conservation.”

Faced with dwindling wildlife and visitor numbers, and increasing industry and human settlements on all sides, KWS has drawn up a 10-year management plan it hopes will save the park from total collapse. But the plan has opened up a new battleground between wildlife authorities and conservation groups, with the latter accusing the government of failing to adequately consult with communities living on land adjacent to the park.

The plan includes a proposal to build fences around huge tracts of land on the southern edge of the park. Currently, the park is fenced only to the east, north and west – where it directly borders densely populated city suburbs. The government hopes the extended fencing will keep dangerous animals out of such areas, reduce escalating human-wildlife conflict and cut down on compensation claims.

In June, however, the largely Maasai community residing to the south of the park met with representatives from several wildlife conservation agencies, to call for the fencing option to be shelved. They argue the new fences will block the last migration route for animals in the park.

William Ole Kompe, a 60-year-old Maasai elder whose land is within the conservancy that borders the park, told the meeting he opposed any move that would separate his community from the animals within the Nairobi ecosystem.

“There will be no fencing on our side,” he told the small gathering through an interpreter. “If that happens, I will lead a street demonstration to oppose the move. We have lived together with wild animals forever. Why separate us now?”

Nkamunu Patita, programme coordinator at the Wildlife Foundation, argues that the dispersal area could still be saved with proper incentives to landowners.

“The government has known about the problem with the dispersal area for the past 40 years,” she said. “They could have bought the land adjacent to the park when it was cheap and kept it open. If that was not possible, they could have shared the proceeds from the park with the community so that they do not sell the land to outsiders.”

Patita was born and brought up in the area when wildlife was abundant. Before 1946, the land where the park lies was grazing ground for the local Maasai community. The name Nairobi is Maasai for a “place of cool waters”, while many other spots within the park have retained their Maasai names.

ur way of life has always been in tandem with wildlife conservation. If they [KWS] fence in or out part of this community, who will look after the wild animals outside the core conservation area? The Mbagathi River forms the boundary between the community and the park. If the river is fenced in, the community will be unable to make use of the water, while fencing it out means the water will not be accessible to animals within the park. We need more consultations before the final implementation of the plan,” she said.

Dr Paula Kahumbu, chief executive officer at Wildlife Direct, said the reason why Kenya still has free-roaming wildlife is due to the retention of migratory corridors. In Botswana, where fences were put up to keep wild animals from spreading diseases to livestock reared for beef production, wild animals trying to migrate in search of water have died, some after becoming entangled in the fence.

“Wild animals follow the rain patterns. When there are rains in the dispersal areas, they will move out of the park and return during the dry season,” she said. “Kenya needs a diverse habitat since research shows some species like rhinos cannot breed properly in a concentrated place. If we close animals in, only a few species will flourish while others, such as the eastern bearded wildebeests that move in and out of the park, may become extinct.”

Omondi has sought to reassure conservationists, arguing that the management plan is a “living” document and a guide during the implementation phase of the final proposals.