Poachers gun down rhino at Kaziranga and cut off its horn, prime accused arrested

By NewsroomAugust 11, 2020Anti-poaching
No Comments 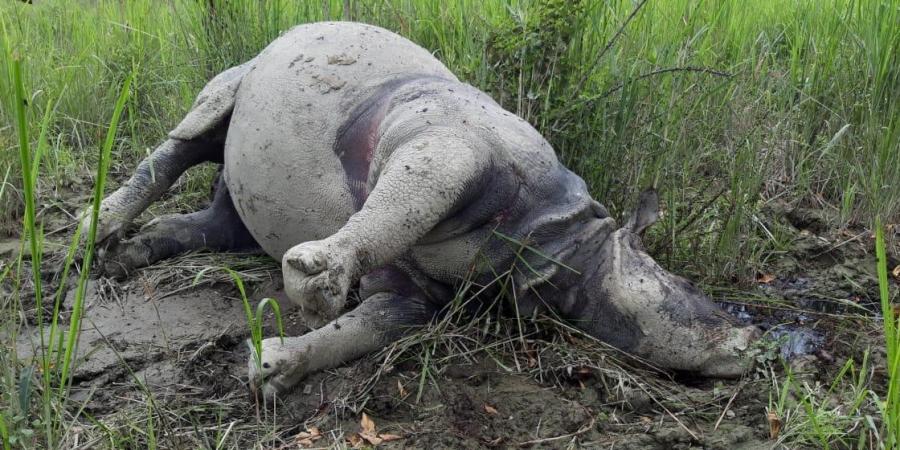 The Indian Rhino, killed for its horn. Original photo as published by The New Indian Express.

GUWAHATI: As the floodwater recedes at the Kaziranga National Park in Assam, an adult female rhino fell to the bullets of poachers on Friday.

This is the second such killing at the World Heritage Site this year. Eighteen others died due to various reasons including drowning during the recent floods.ent: 0:07

Official sources said the animal was found dead at around 11 am on Saturday at a place north of Meteka beel (billabong) under the park’s Gabrai anti-poaching camp. Its horn was sawed off and taken away by the poachers. Forest officials retrieved six empty cartridges.

The park’s Director P Sivakumar said the poachers had entered the park on Friday afternoon by crossing the Brahmaputra.

“We heard the sound of gunshots but couldn’t locate the carcass as by the time we had reached the site, it was dark. So, we carried out a combing operation this (Saturday) morning and detected the animal’s carcass,” Sivakumar said.

He said it was a five-member gang of poachers that was involved and the prime accused had been arrested based on his footprints by the side of the river and the leads provided by a sniffer dog. He said the remaining accused would be arrested soon.

Rhinos are killed for their horn, considered an aphrodisiac. A horn could fetch over Rs 1 crore in the black markets of Southeast Asian countries.