Poacher gunned down in shoot-out (Zimbabwe)

A suspected poacher was killed in a shoot-out with game rangers at Bubye Valley Conservancy, 60 kilometres west of Beitbridge town on Wednesday, while his accomplice escaped with a rifle.

The two allegedly killed a male lion, before rangers caught up with them while in the process of killing a black rhinoceros.

He said the deceased, whose identity is yet to be established, had been taken to Beitbridge District Hospital mortuary.

Asst Comm Nyathi said they were still looking for the second suspect.

“Preliminary investigations are that the now deceased and his accomplice went to Bubye Valley Conservancy armed with a rifle to illegally hunt for animals,” he said. 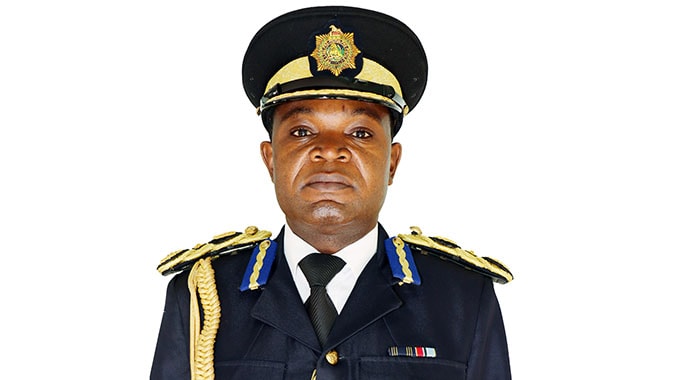 Original image as posted by The Herald: Asst Comm Nyathi

“The two then came across a young male lion which they shot and killed, prompting game rangers who were on patrol in the area to respond after hearing gunshots.

“The rangers then tracked the spoor and caught up with the suspected poachers whom they found in the process of killing a black rhinoceros and ordered the two men to surrender.

“However, the duo opened fire, resulting in a shoot-out with the game rangers and one of the poachers was shot and killed.”

Asst Comm Nyathi urged communities to guard their natural resources jealously and to report any untoward activities to the police.

Of late there has been an increase in cases of rhino poaching in the country and it is estimated that there are 1 000 rhinos left in Zimbabwe.

According to data from the International Rhino Foundation (IRF), more than 750 rhinos have been killed by poachers in Zimbabwe since 2000.

Rhinos are targeted for their horns, which sells for tens of thousands of dollars in illegal wildlife markets, particularly in Asia, where dubious cultural beliefs drive demand.

In addition, the poachers have reportedly embraced the use of firearms fitted with telescopes and silencers to minimise noise and have devised counter trekking surveillance methods including wearing socks on top of their shoes.

Incidents of poaching of rhinos and other wildlife animals are rife in conservancies in Beitbridge district.

In 2018, two notorious poachers, Celestino Shate (35) of Bulawayo and Faso Moyo (42) of Victoria Falls were jailed for an effective 10 years each after they were caught hunting for rhinoceroses in the Bubye Valley Conservancy.