By NewsroomApril 9, 2020Anti-poaching, Conservation
No Comments

The past few weeks have not been easy for Nico Jacobs, founder of Rhino 911, a nonprofit that provides emergency helicopter transport for rhinoceroses in need of rescue in South Africa. That’s because times are much worse for the rhinos.

Since South Africa announced a national lockdown on March 23 to limit the spread of the new coronavirus, Mr. Jacobs has had to respond to a rhino poaching incident nearly every day. On March 25, he rescued a 2-month-old white rhino calf whose mother had been killed by poachers. The next day he was called to rescue two black rhinos whose horns had been hacked off by poachers. When he finally tracked them down it was too late — both were dead.

“Just as soon as the lockdown hit South Africa, we started having an incursion almost every single day,” Mr. Jacobs said. 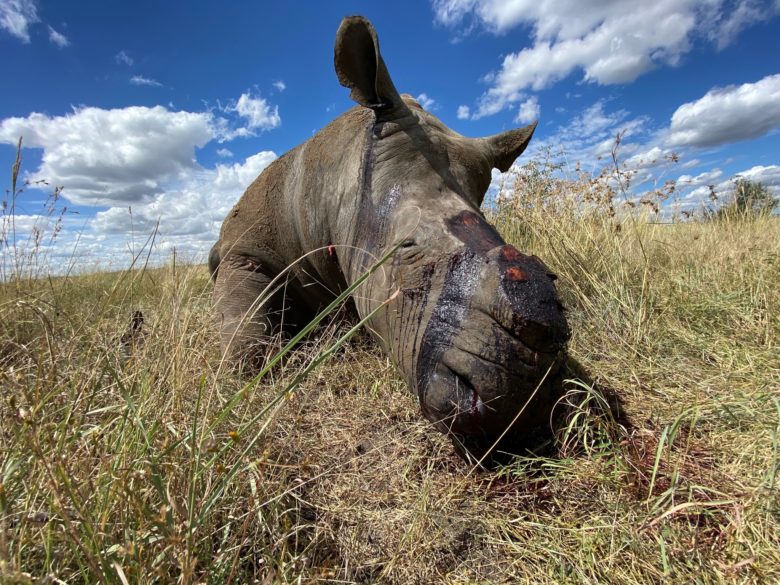 Original image as posted by The New York Times: At least nine rhinos have been poached in South Africa’s North West province since the pandemic began, “and those are just the ones we know about,” said Nico Jacobs, Rhino 911’s founder.

At least nine rhinos have been poached in South Africa’s North West province since the lockdown, he said, “and those are just the ones we know about.”

In neighboring Botswana, according to Rhino Conservation Botswana, a nonprofit organization, at least six rhinos have been poached since the country closed its borders to stop the spread of Covid-19. And last week, the country’s government announced that five suspected poachers had been killed by Botswana’s military in two separate incidents.

While poaching is not unusual in Africa — the last decade has seen more than 9,000 rhinos poached — conservationists said the recent incidents in Botswana and South Africa were unusual because they occurred in tourism hot spots that, until now, were considered relatively safe havens for wildlife.

National lockdowns, border closures, emergency visa restrictions, quarantines and other measures put in place to stop the spread of the coronavirus have severely constricted Africa’s $39 billion tourism industry. That business motivates and funds wildlife conservation across the continent, leading some experts to fear that threatened and endangered animals may become additional casualties of the pandemic.