By NewsroomApril 6, 2020Anti-poaching
No Comments

Two alleged poachers were arrested last Friday for killing a rhino in Etosha National Park. According to the spokesperson of the environment ministry, Romeo Muyunda, the poaching took place in the north-eastern part of the park.

Two other Namibians were arrested at Oshakati last week for conspiring to poach a rhino. Mbakondja Tjatindi and Matias Kaurikengerua were found in possession of a hunting rifle and 45 rounds of ammunition.

His three Namibian co-accused – Absalom Fillimon, Nghiyelepo Edward and Paavo Ndawedwa Nepembe – were granted N$20,000 bail each. The case, dating back to June 2017, was postponed to 15 June for fixing of a trial date. 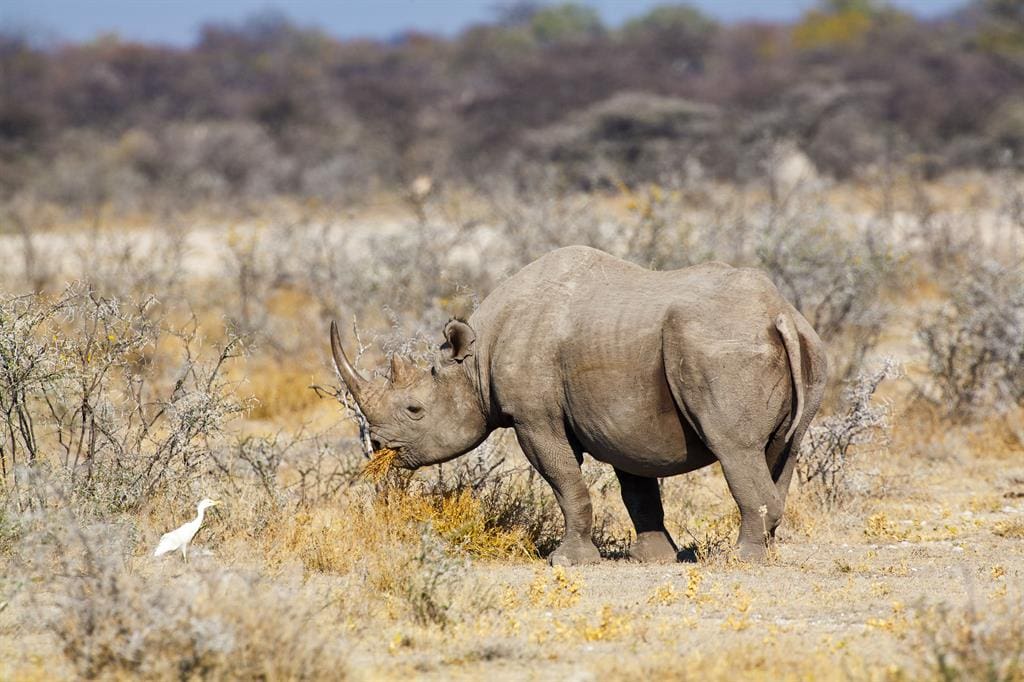 In the matter regarding the theft of 33 rhino horns from a farm in the Outjo district, two of the accused, Petrus Iipinge and Pendapala Paulus, were granted bail of N$30,000 each on 23 March.

The other two accused, Ludwig Ndinelago and Fortunato Jose Queta, were remanded in custody. The matter was postponed until 14 May for further investigations.

Nine rhinos and one elephant have been killed by poachers this year. Muyunda said wildlife security will not be compromised during the coronavirus lockdown.

“Our anti-poaching activities will not be affected by this situation. In fact, we are stepping up. We know people are trying to take chances because of this lockdown, under the assumption that we have scaled down our security detail.

“The two suspects arrested underestimated our capabilities and this should serve as a warning to those who want to commit similar crimes – we are on full alert,” Muyunda warned.