By NewsroomNovember 18, 2020Anti-poaching
No Comments 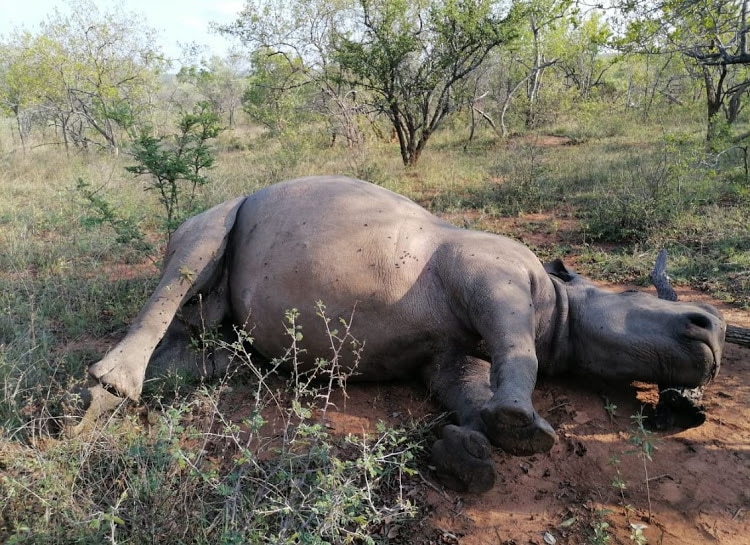 A rhino killed for its horn on a game farm in Lephalale, Limpopo. Police are on the hunt for the poachers who hacked off and stole the rhino’s horn. Original photo as published by TimesLive.

Police are on the hunt for poachers who shot and killed a rhino in Limpopo.

The slaughtered rhino was found on a Lephalale game farm by a farmworker while on patrol.

Limpopo police spokesperson Col Moatshe Ngoepe, said that an unknown number of poachers had shot the rhino before they hacked off its horn.

“At this stage the identity and whereabouts of the poachers are unknown. Ballistic tests will be done to determine what weapon was used to kill the rhino and to see if the weapon and poachers can be linked to any other poaching incidents or other crimes.”