By NewsroomNovember 17, 2019Anti-poaching
No Comments

A sharp drop in the number of rhinos poached in the Kruger National Park (KNP) was recorded this year, with credit given to the relentless operations of anti-poaching units.

Poachers were struggling to get into the park through the now well-patrolled fence lines, and even if they did get through, they were often apprehended before a single shot was fired, or soon after a poaching incident, due to the quick reaction of the K9 and air-wing units, and the groundwork of the rangers.

Despite this, morale among members of the Environmental Crime Investigation Services at KNP is said to be at an all-time low as a result of rumours of an “onslaught” on the court and police officials, and even the ranger corps. 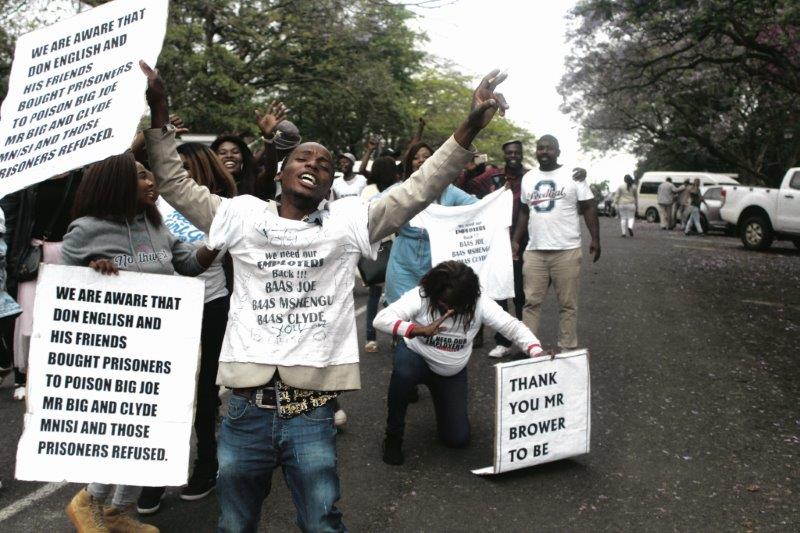 Several rangers were arrested over the past few years on poaching-related charges. This includes Rodney Landela, who was arrested in 2017 and was set to appear in the Skukuza Regional Court on Monday. He did not appear, as his case was moved to the Mhala Regional Court for November 21, and his advocate had allegedly withdrawn.

Hawks spokesman Brig Hangwani Mulaudzi also confirmed that an Mpumalanga police officer with alleged links to a syndicate rumoured to be behind massive trafficking was arrested recently.

Several other suspects and current and former police officers were arrested on similar charges in the past year. This includes Phenias Lubisi, a former SAPS station commander of Skukuza, who was arrested last year.

Another blow was dealt to the poaching fight when senior ranger Don English, who has been at the forefront in the battle, was suddenly suspended. Allegations of assault were supposedly made by ex-rangers turned suspected poachers, but this could not be confirmed by the time of going to print.

Despite instructions from the Judge President of Mpumalanga, Francis Legodi, that the Skukuza Regional Court must continue as usual pending a full investigation, there are apparently few or no cases left on the roll.

While court was in session on October 15, witnesses testifying for the state expressed grave concern when cases were remanded to days that the prosecutor protested she would not be available.

“The four dates issued as an instruction by Engelbrecht to hear the 20-odd cases left on the roll were for the end of October and the beginning of November. The diaries of the prosecutor, interpreters and stenographers are set up six months in advance and this short notice makes it impossible for them to be available,” said an informed source.

The magistrate also said Engelbrecht informed her that she would inform the director of public prosecutions, Advocate Matric Lupondo, of the dates so that he can be aware of the fact.

General manager of communication at KNP, Ike Phaahla, confirmed that the mood was dark over the so-called attack on the courts and its officials.

“The colleagues I have spoken to had said their morale was very low. A number of rangers have been intimidated, received threats against their lives or the lives of their family members, with some communities openly siding with the poachers.”

The past few weeks of disorder have in the meantime taken its toll on the rhino population in the KNP. According to anti-poaching sources, as many as 20 rhinos were poached during the past two weeks.

Elise Serfontein of StopRhinoPoaching.com, the organisation that first exposed this latest attempt to close Skukuza Regional Court, is gravely concerned about these latest developments.

“We would like to appeal to Judge Legodi to speak directly to the people on the ground – the state officials working in the court as well as the rangers themselves. We are aware of the tactics being used by the poachers’ defence lawyers to delay cases, block the court roll and bully ranger witnesses on the bench. They are coming up with any excuse they can.”

Despite repeated attempts to contact Engelbrecht on her office line, she could not be reached for comment on any of the allegations. Administrative staff at her office were not willing to provide her email address or alternative contact numbers when asked. Email queries to the Department of Justice, the Judiciary and the National Prosecuting Authority requesting comment from Engelbrecht remained unanswered.

Serfontein added that only under Legodi’s leadership would Skukuza Regional Court survive this onslaught.

“With the court out of the way, poachers would feel a lot more confident. All indications are that the syndicates have found new ways to neutralise anyone who is effective.”

Skukuza Regional Court has set the precedent for rhino poaching cases in courts around South Africa. A petition started last month to save the court has gathered 76,000 signatures and outlines the consequences – especially the risk to rangers – should the court be moved from Skukuza to Mhala.

Consequences of closing the Skukuza court

· Rangers testifying in court will need to travel vast distances to Mhala, taking them further away from their bases. Poachers take full advantage of court days, gaining specific information on which rangers are due in court and planning their poaching trips around this.

· Rangers travelling to Mhala means lost work hours and increased travel costs. With the court in Skukuza, rangers are close to court and close to their areas of operation if needed in an emergency.

· Difficult for the SAPS stock-theft unit to attend, since the district court has already to a large extent moved to Bushbuckridge. Now the members have to attend court at Bushbuckridge as well as Mhala, both far from their office.

· The road to Mhala is under construction, making it difficult to get to court on time.

Judge President of Mpumalanga, Francis Legodi: “I am very worried if what is stated is correct. Pursuant to my directive at the beginning of October 2019, the Regional Court President did not submit the written report by October 18 as requested. The Department of Justice also did not submit any report by October 31, as requested by my office. Only SANParks and NPA submitted their reports.

“I have once more asked for the written reports against or for the closure of Skukuza Regional Court from the Regional Court President and the Department of Justice.

“The Regional Court President, in her recent email addressed to me, indicated that her standpoint of March 2017 stands. She did this without indicating her motivation for her standpoint in 2017 and her recent decision to close the Skukuza court.

Ike Phaahla, GM of communication at Kruger National Park: “We can confirm that Don English, a game ranger, has been suspended and there is a possibility that more suspensions may follow. This is part of an ongoing investigation around allegations that remain just that: allegations. However, as part of good governance, and respect for all our employees, suspensions are a necessary part of the process for investigations to happen effectively, and with transparency. The SANParks CEO became aware of certain complaints, and immediately initiated an investigation by an independent consultant, and appointed Advocate Boyce Mkhize. The investigation has been conducted and numerous interventions by management, human resources and even the SANParks CEO have happened, and are still in progress.”

Bulelwa Makeke, head of communications at National Prosecuting Authority: “This is a matter for the judiciary to respond to (Judge President and the RCP), not the NPA.”