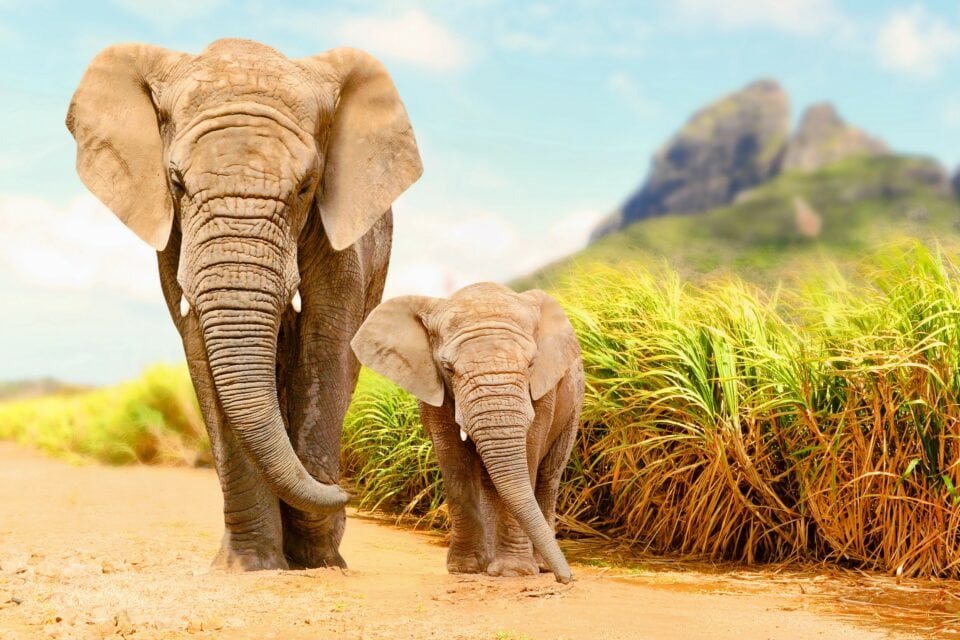 Poaching has grave consequences for elephant populations. Image: As originally published by Earth.com.