Poaching picks up during pandemic in Himachal (India)

By NewsroomJune 29, 2021Wildlife Crime
No Comments 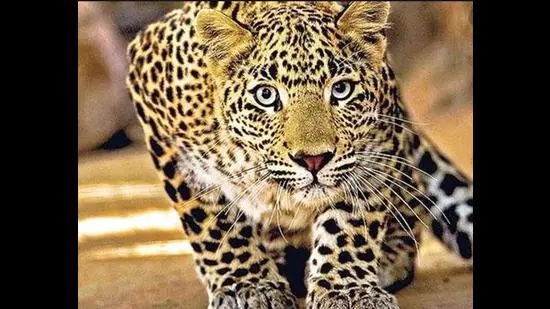 After seizures of leopard hides, monal plumes and pangolin scales in June, wildlife department to set up toll-free number for reporting such crimes against animals. Image: As originally published by the Hindustan Times.

There has been a rise in the incidence of poaching and smuggling in Himachal Pradesh during the Covid-19 pandemic. The recent recoveries of four leopard skins, Himalayan monal bird plumes and pangolin scales in Shimla, Solan, Chamba and Hamirpur districts reveal this disturbing trend.

In June alone, the state police recovered four leopard skins in Shimla and Solan districts. Acting on a tip-off, wildlife officials raided a tailor’s shop in New Shimla and found three leopard skins, two nails and five teeth of the animal. Besides arresting the tailor, they caught the owner of a paying guest accommodation who admitted that the hides, nails and teeth were brought by a resident of neighbouring Uttarakhand in a bus. Though the accused did not have a criminal background, they said they wanted to make a quick buck and got the idea of selling the hides for a profit from social media. The police recovered another leopard hide from a taxi in Solan district.

“During the pandemic, poachers moved around freely and killed animals to trade in hides, nails and plumes. They threw poison-laced meatloaves in the forest to kill leopards. A leopard skin fetches a high price in the international market. One without any injury marks fetches the highest price which is why they have begun to poison leopards,” says Rajeshwar Singh Negi, the national convener of Nature Watch India and a member of the Animal Welfare Board of India.

Leopards have been classified as vulnerable in the International Union for Conservation of Nature (IUCN) and are on the red list of threatened species.

Wildlife mitigation cells to be set up

To keep tabs on such crimes, the Himachal Pradesh government plans to set up wildlife mitigation cells at district and state levels. People will be able to report crimes against wildlife to these cells using a toll-free number.

“There has been a rise in the smuggling of wild animal articles. We are seized of the matter,” state forest minister Rakesh Pathania said.

The police recovered four people at Dalhousie in Chamba district after recovering six plumes suspected to be that of the Himalayan monal. The monal, which belongs to the pheasant family, is poached for its colourful plumes. It is the national bird of Nepal, where it is known as danphe, and the state bird of Uttarakhand. It was also the state bird of Himachal Pradesh until 2007. Its colourful crest is used to decorate caps.

Though hunting the monal was banned in Himachal in 1982, there has been a little check on its poaching and its plumes are smuggled in the market.

Wearing a cap with a monal crest is a tradition in the upper reaches of Himachal. Such caps used to be gifted on auspicious occasions, particularly weddings. The state forest department has banned wearing such caps and the offence is punishable with seven-year imprisonment or ₹10,000 fine or both.

On June 22, a taxi driver headed for Una was arrested with more than 4kg of pangolin scales at Jhiralri village in Bhoranj, Hamirpur on June 22. The demand for pangolin scales is mainly in China and Vietnam, where they are used in traditional medicine. The pangolin is also a protected animal.