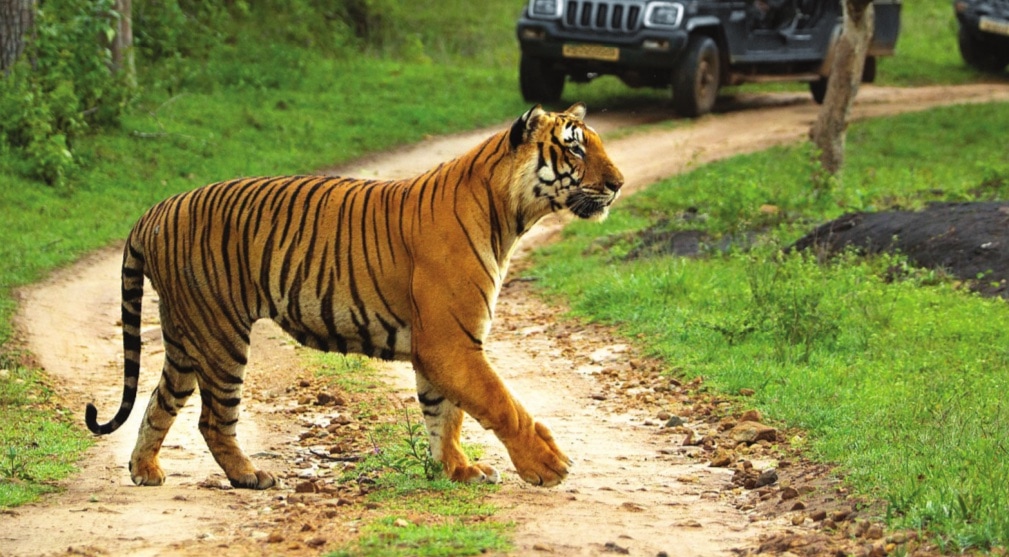 Though blessed with rich flora and fauna, India risks to lose it all as biodiversity is sacrificed at altar of ‘development’. Image: As originally published by MIG.

Historically blessed with one of the richest biodiversities in the world, India is fast losing its natural heritage as businesses and government cast environment aside to push through their agenda, destroying forests and biodiversity hotspots already facing degradation due to climate change and global warming.

When the Indian delegation reaches the historical port city of Marseille on the famed French riviera next week to participate in the IUCN World Conservation Congress, it would have little to be proud of and a lot to hide due to poor performance in conservation of the immense natural heritage that the country has been endowed with.

For long, population explosion, combined with industrialisation and construction has been mainly responsible for the biodiversity loss in the country. But of late, especially in the past decade or so, biodiversity has also been under severe attack due to climate change and global warming that have ravaged the country, causing significant damage not just to the human settlements but also forests, water bodies and mountains, severely impacting the flora and fauna across the entire country.

A report recently published by the New Delhi-based Centre for Science and Environment said that India had lost as much as 90 pc of the area under its four biodiversity hotspots, hitting the Indo-Burma hotspot taking the most.

There are four biodiversity hotspots in India – the Himalayas, the Western Ghats, the Indo-Burma region and the Sundaland. The report, State of India’s Environment in Figures 2021, went on to say that as many as 16 of 29 states in India had recorded a significant rise in number of forest fires as well as warmer than usual winter, monsoon and post-monsoon seasons.

The report said that in the Indo-Burma hotspot, the spread of vegetation has dropped dramatically from almost 2.4 million sqkm to a measly 118653 sqkm, representing a fall of 95 pc. The CSE report also said that at least 25 species have become extinct in the hotspots and 12 pc of India’s 1212 animal species that are monitored by the International Union for Conservation of Nature (IUCN) Red List have been registered as endangered.

Despite large-scale evidence and hundreds of reports raising alarm over the non-stop degradation of Indian environment and the degradation, unfortunately since the arrival of government led by Prime Minister Narendra Modi in power at New Delhi in May 2014, a number of laws governing the environment have been significantly diluting, all in the name of promoting business and people’s prosperity.

Thus, the Indian government has passed a flurry of new laws, often without any discussion within the Parliament or even outside it, as part of public consultations, the hallmark of a functioning democracy. Most of these laws strike at the very heart of environmental regulations, taking away practically all the checks placed on businesses to ensure that the environmental norms were being properly followed.

At home and overseas, Modi and his ministers make all the right noises about the importance of environmental protection and reiterate their ‘commitment’ to it. But in reality, practically all the laws related to the environment have either been diluted to render them ineffective or simply abolished.

Take the Coastal Regulation Zone (CRZ) that banned all construction within 500 m of the high tide line on the coast or in the riverbeds. In one stroke, in a notification in 2019, the environment ministry removed numerous restrictions on building activities in coastal areas and allowed development of airports in the ‘wastelands’ of rural areas near the coast as well as allowing a dramatic growth coastal population just at the time when the climate change and global warming are leading to rising sea levels as well as a sharp growth in extreme weather events like cyclones or intense rainfall, leading to floods and large-scale devastation.

Similarly, in yet another highly controversial move, the central government floated draft rules doing away with the necessity for companies to submit Environmental Impact Assessment reports or conduct consultations with the people likely to be impacted by their activities. It also decided to do away with public hearings for large projects like factories or dams and allowed devastating activities like mining or building factories in the heart of the densest forests in the country.

The list of such laws is too long to be put in an article, but the impact of the government’s approach towards the environment and its real commitment to conservation is to be seen not just in the report prepared by the CSE but many other global studies as well. Take the Yale University’s report on Environmental Performance Index that ranks countries across the globe on their environmental condition and the changes occurring therein.

The report shows India at 168 out of 180 nations worldwide in terms of its environmental protection performance, calculated on various indicators, including environmental health, climate, air pollution, sanitation and drinking water, ecosystem services and biodiversity.

In another index as part of the EPI 2020, India ranked 172 in the environmental health category, an indicator of how well the Indian government has been protecting its population from environmental health risks. In category of biodiversity and habitat, which assesses countries’ actions toward retaining natural ecosystems and protecting the full range of biodiversity within their borders, India figured at 148.

Incidentally, India ranked at the bottom of countries in the G20 as well as in South Asia, barring war-torn Afghanistan and in practically all the indices, India was in company of countries like Lesotho, Haiti or Chad.

To add to the government’s proactive destruction of the environment, the coronavirus pandemic did not help India’s biodiversity either as there was a sharp rise in poaching of a wide range of animals, including the one-horned rhinoceros, tigers as well as exotic animals like pangolin.

The sharp increase in wildlife poaching was not just because of cutback in the number of forest rangers due to budgetary cut, but also because thousands of rural and tribal people joined poaching gangs in sheer desperation, just to be able to survive. Studies have shown that poaching rose sharply in various parts of the world, ranging from Nepal, Pakistan and India, but also Tanzania, South Africa, Kenya and Uganda, as greed of poachers was duly aided by the need of poorer sections of these societies as they found themselves on the verge of starvation in absence of any assistance by the governments in most developing nations.

It was not just the wildlife that felt the heat of need-driven poaching, there were also reports of rise in smuggling of exotic herbs and plants from these regions as the local populations, mainly tribals, tried desperately to eke out a living amidst the pandemic.

India is all set to cut a sorry figure at the Marseille meet. But it may not yet be too late to change things for the better in the medium term, especially as the country’s population is increasingly aware and vocal about environmental protection. If the government fails to do its job, perhaps the citizens will step up and take the task of biodiversity preservation as their own.