Preview: National Geographic Live on the front lines of poaching

By NewsroomOctober 20, 2019Anti-poaching
No Comments

Australian Damien Mander has always been a fighter looking for a good cause and someone or something to protect.

He began his career with the Royal Australian Navy as a clearance diver and then as a special operations sniper in an elite hostage recovery unit. He says he spent three years in Iraq looking after oil in the ground and observing untold atrocities, but in 2009 he needed a rest so he took a vacation to Africa. What he saw there changed his life forever.

One day he came upon the carcass of an elephant with its face hacked off so the poachers could escape in a hurry with the tusks.

“Animals get such a rough deal from humans. We think we have the right to say how much suffering they can endure. 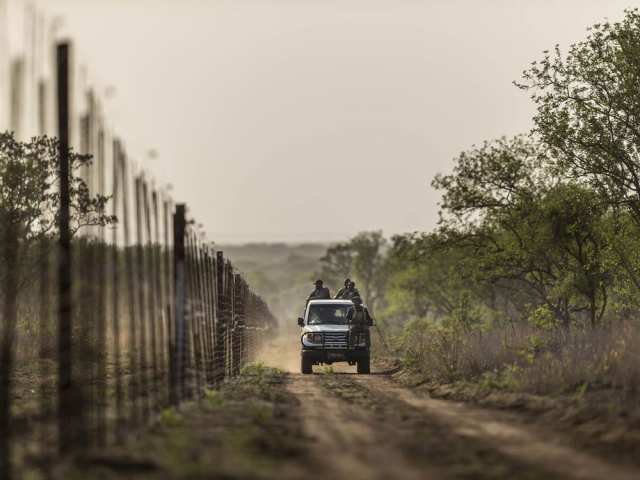 “Poaching of endangered species has become the fourth largest criminal industry in the world next to drugs, guns and human trafficking. I was looking for something worth fighting for and I found it with these animals. Poachers don’t see animals in the bush, they see dollar signs running around,” says Mander, who is coming to the Jack Singer Concert Hall Oct. 20-21 for a National Geographic Live sponsored talk.

Mander will be accompanied by Vimbai Kumire, a member of Akashinga (The Brave Ones), an elite troop of female anti-poachers he helped train. These amazing warriors are all survivors of domestic violence, or are single mothers, abandoned wives or AIDS orphans. They are accomplishing far more than their previous male counterparts did.

“Women can de-escalate tension much better than men. Their aim is to arrest these poachers, not kill them,” says Mander. “The animals trust them and are more relaxed around them.

“One of the greatest dangers to these anti-poaching squads have always been the animals they are trying to protect. The animals have learned over the centuries that it is men who have been responsible for hunting them and their offspring. They can recognize that women are there to protect them. It’s an amazing thing to see.”

Mander stresses that the rangers, whether male or female, are heroes. “They risk their lives protecting animals that can no longer protect themselves. Anti-poaching rangers form the first and last line of defence for nature. Without the right training, equipment and management, they cannot defend the world’s natural heritage for future generations and that is where people like me come in to give them this training.”

Mander says high-target species such as elephant, rhino, tiger, and gorilla are being hunted to extinction. They are the most difficult to protect, as poachers go to extreme lengths to kill them.

“If we can protect these animals, then entire ecosystems are safe. Asia, especially China and Vietnam, are still the most lucrative market for the tusks of elephants and the horns of rhinos. Poaching has completely decimated these large animal species.”

Mander says it’s vital to keep speaking out on behalf of nature but he’s best suited on the front lines of the wildlife war in Africa.

“The talks are vital because with awareness and understanding comes knowledge. We must all become part of the solution. I know wherever I speak it’s to a captive audience. They come wanting to know the worst and what can be done to reverse it. We all need the voices of such people.”

Mander and Kumire’s talk on the role of Akashinga in Africa is a 70-minute presentation followed by a question and answer period. They speak Oct. 20 at 2 p.m. and Oct. 21 at 7 p.m.

Tickets for both Calgary performances are available by phone at 403-294-9494 or online at Artscommons.ca.