By NewsroomFebruary 1, 2020Conservation
No Comments

The Duke of Sussex has lost a complaint against the Mail on Sunday over a claim by the newspaper that dramatic wildlife pictures he took in Africa did not highlight the fact the animals were sedated and tethered.

Prince Harry complained to press standards regulator the Independent Press Standards Organisation (Ipso) that the newspaper had breached a clause of the editors’ code of practice relating to accuracy over its article about photographs he took of a rhino, elephant and a lion. 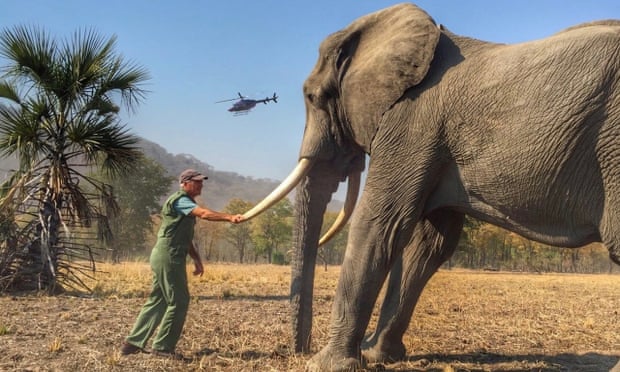 Original photo as published by The Guardian: One of Prince Harry’s photos shown on his Instagram account to highlight Earth Day. Photograph: The Duke of Sussex

The newspaper article, published in April last year, was headlined: “Drugged and tethered … what Harry didn’t tell you about those awe-inspiring wildlife pictures.” It said: “Anyone glancing at them quickly could be left with the impression that capturing images of these mighty creatures at such close quarters would have required a thrilling – possibly life-endangering – pursuit across the bush.”

According to the article, Harry failed to mention in his post the fact that all three of the animals had been tranquilized, and the elephant had also been tethered, as they were being relocated. A rope around the hind legs of the elephant was not visible because of the way the picture was cropped, the article said.

Harry complained to Ipso, saying the article implied he had intentionally misled the public “to give the impression that he was a superior wildlife photographer who had captured the images in dangerous circumstances”, according to the ruling.

Harry denied misleading the public over the photographs.

“He said that the images had been uploaded to his Instagram account in support of Earth Day to raise awareness, rather than as evidence of the complainant’s talents as a photographer,” the ruling states. The caption made clear the animals were being relocated, so it was not necessary to explicitly state the animals had been sedated or tethered, the duke had argued.

The rope around the elephant’s hind legs was not visible due to “Instagram’s format” rather than being deliberately edited out, he said. He argued that a full uncropped version of the picture had already been published on the royal family’s website in 2016. A description and video of the tranquillising and tethering process was also on the website of the conservation organisation he was working with in Malawi, and his Instagram post had linked back to the website, he said.

The Ipso ruling said it was not clear from the images the animals had been tranquilized and tethered, and the photograph of the elephant could have been edited differently. Nor did Harry’s Instagram post make it clear the images had been previously published, unedited, in 2016.

The Ipso committee did not consider that it was “significantly misleading” to report Harry’s post “did not quite tell the full story”. The Mail on Sunday had included in its article a denial on behalf of the duke that the tether on the elephant had been deliberately edited out, it said.

The prince’s complaint was not upheld.