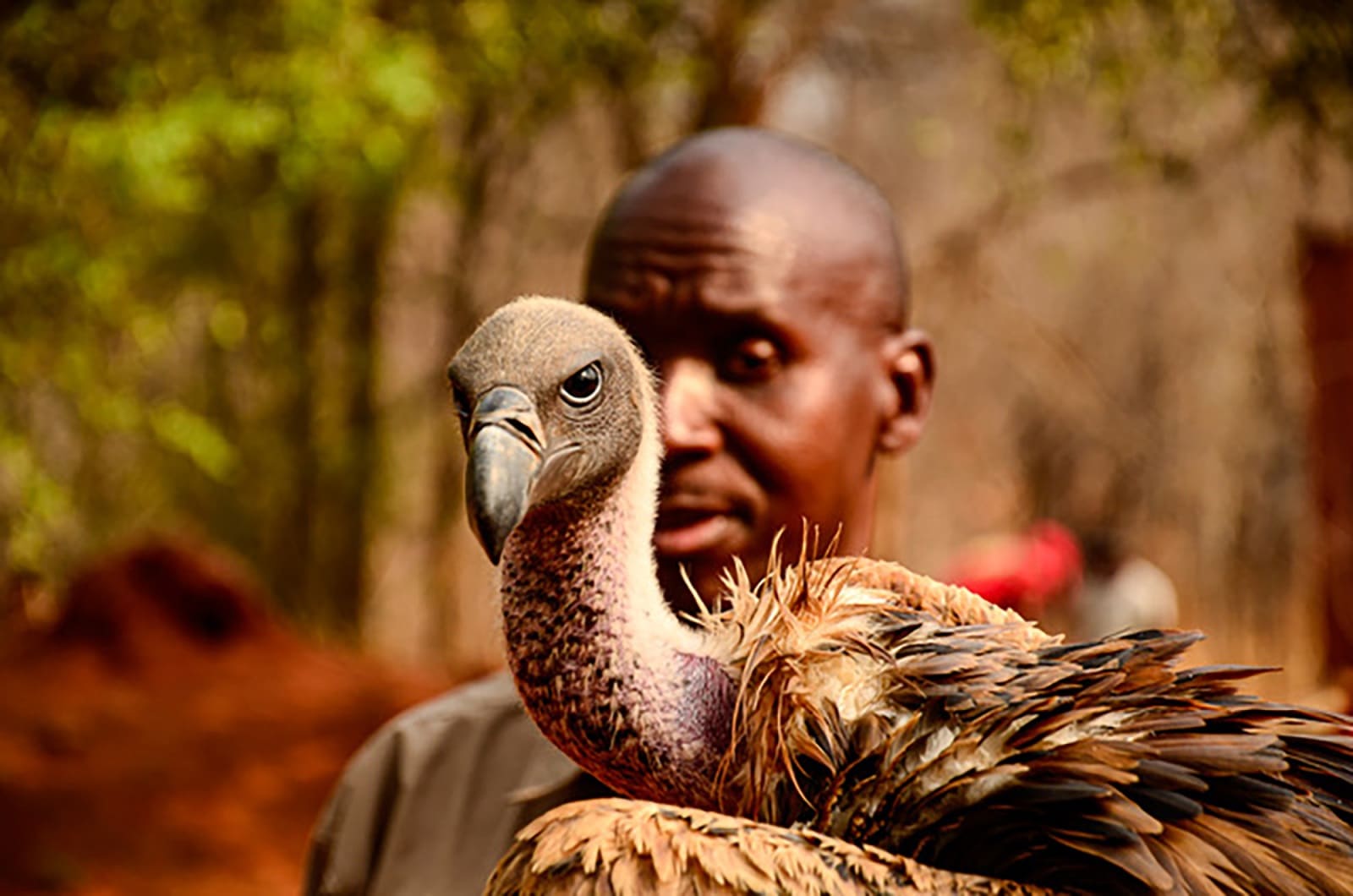 I have personally seen poaching reduce to almost zero [because of] the creation of a camp nearby,” says Machaba Safaris managing director Alistair Rankin. “However, the camp needs to have guests and be operational.”

Machaba has established a footprint in the northern reaches of Zimbabwe’s 14,000km² Hwange National Park over the past four years, renovating an existing lodge and building two camps, relatively far apart. Its one camp in far-western Hwange, on the Deka floodplains near the Botswana border, is probably the most remote camp in Hwange, and is described in Machaba’s literature as being “in the wildest area in southern Africa”.

In Hwange, Zimbabwe’s largest national park, supporting its famed lion prides and estimated 40,000 elephants, deterrents such as Zimbabwe National Parks Ranger Patrols and the presence of lodges are vital to protecting this prime area of biodiversity.

Rankin says there were no guests at their lodge and two camps during the Covid-19 lockdown, bringing to mind archive images from South Africa’s Kruger National Park, revealing wildlife roaming roads devoid of cars. The ironic flipside to that idyllic-seeming natural state in Hwange, however, given the complete absence of tourists and most staff, was a rise in poaching, a fact confirmed by Rankin.

Thanks to investment in the park’s tourism infrastructure, with his company having built three lodges across northern Hwange, and another in the busier south-central area, there are further deterrents to poachers traversing these regions.

“Safari camps are a huge deterrent to poachers, as the vehicles and activities are fairly widespread, and there is no pattern to them (activities), such as patrols and the like,” says Rankin. He says poachers, especially subsistence and small-scale operators, “can’t run the risk of being spotted or heard”, resulting in their preference to operate in quieter areas, far from keen eyes.

Hwange’s rhino populations were almost wiped out in the 1980s and 1990s during the “Rhino War” days. While Zimbabwe National Parks rangers carrying Soviet-era AK-47s continue their patrols, bolstered by support from the private sector, if there are any rhinos left no one is telling, and rightly so.

Hence the value, intended or otherwise, of such operators taking the financial plunge and investing in Africa’s parks. It’s not just creating jobs and careers, like that of Machaba’s young James Banda – whose father was a guide and an ornithologist for National Parks in Hwange – it is guarding Zimbabwe’s biodiversity and the natural web of life.

The original Hwange National Park was born at Robins Camp by Herbert Robins, in the 1920s, who, after lions repeatedly predated on his cattle and goats, realised it was not suitable farming country.

That investment of over R100-million adds greatly to a presence on the ground in the northern section of the park, where NGOs such as Bhejane Trust also support Zimbabwe National Parks’ boots-on-the-ground antipoaching efforts.

Given Hwange’s vast size, Zimbabwe National Parks also receives support in the central east, eastern and southeastern sections of the park in the shape of three private organisations: the Conservation & Wildlife Fund, the Scorpion Anti-Poaching Unit (Wilderness Safaris) and the Cobras Community Wildlife Protection Unit (Imvelo Safari Lodges). These substantial efforts are made possible by investment in the lodge and safari business.

Three hours from Hwange’s Robins Camp, in Victoria Falls National Park, established Zimbabwean tour operator Wild Horizons (WH) also sees a bright future for Zimbabwean and regional tourism, and has leased a portion of the park as a private concession. In a country that most outsiders think has collapsed in a pique of subcontinental financial misery and political depression, WH has splashed out the US dollars in an investment that is significant on many levels.

Seated on a designer shwe-shwe fabric couch in the lounge of the company’s brand-new lodge in the park, marketing manager Shane White says WH spent US$2.5-million (about R38-million) on its construction. Its other luxury camp, deeper into the concession and related to an elephant experience, cost US$3.5-million about seven years ago. International residents can stay at the latter Elephant Camp for between R8,000 and R10,000 a night.

“Zimbabwe may seem dysfunctional from the outside, but there is investment and spend in various sectors.

“We have 60% American clientele,” says White. Asked whether such investment suggests faith in Zimbabwe’s future, this Victoria Falls local is unequivocal in his response.

“One hundred percent Zimbabwe is going from strength to strength.”

An American group arrives while we’re chatting. White explains that Global Sojourns Giving Circle is a US-based organisation that operates a mentorship programme in Zimbabwe.

“We hosted a group of mentors at the lodge so that they could experience every facet of lodge life, with a view to taking this back to their groups that they mentor, giving them an insight into opportunities within tourism in the future.”

What at first glance appears to be just a wildlife rehabilitation centre turns out to be one of only two Wildlife Disease and Forensics Laboratories in southern Africa (the other one is outside Pretoria).

The main aim of the laboratory is to screen for disease prevalence, to determine which diseases are circulating in different species and to prevent the transmission of those diseases at a species level. A case in point, connected to disease surveillance and wildlife forensics, was the mass killing of vultures in Botswana earlier this year, when the carcasses were brought to the trust’s laboratory to determine the cause of death.

Dawson says recent trends in poaching have made poisoning a major problem for wildlife authorities. She says the VFWT is in the process of training Parks and Wildlife Management Authority staff in recognising disease and poisoning incidents and how to respond to each situation.

She continues that the trust opened a Community Animal Health and Welfare Centre in 2016 in the neighbouring rural community, built and equipped for surgical cases that can be used daily, with operations outsourced to Veterinarians for Animal Welfare Zimbabwe.

“We needed to provide access to the larger rural community to have a facility to help with their domestic animals and livestock.”

In the same year, the trust set up the Community Guardians Programme for Human Wildlife Conflict (HWC).

One of the results has been the “chilli guns”, aimed at dissuading marauding elephants from invading villagers’ crops, and thereby hopefully reducing the real issue that is HWC.

One elephant in particular is an “issue” on Tsowa Safari Island, a luxury camp, one hour up the Zambezi river betweenZimbabwe and Zambia. Co-owner Duncan Elliott points out his collar when we see him in the water, saying his movements are monitored because he sometimes “gets too friendly”.

Majority owned by South African firm Isibindi Africa Lodges, with Zimbabweans Elliott, a veteran lodge builder, and Lucia Muvingi each owning a portion of the remaining split, the iconic lodge cost US$720,000 (about R11-million) to build.

Isibindi owner Brett Gehren, who spent his 21st birthday camped in the park across the water from the island, says Isibindi is investing in the “Vic Falls tourism hub … [and] people on the ground who are great and need support”. Gehren says he sees nothing but potential.

“It’s a wilderness island on the Zambezi, with Zambezi National Park across the water, and within a one-hour drive of Vic Falls. Also within striking distance of Chobe [National Park in Botswana].”

The mere presence of the lodge on Tsowa Safari Island underlines Alistair Rankin’s comments about Hwange, and quite frankly any sensitive conservation area in close proximity to large, mostly impoverished and rural communities.

Gehren says he is aware of the conservation challenges they have dived into with their investment, and that the fish population on the Zambian side of the river has been negatively affected.

“Our presence and antipoaching effort has already helped limit the illegal fishing from Zambia. We are catching great tiger fish and recently nembwe [bream].”

Isibindi has significant social investment programmes in KwaZulu-Natal, where it is based, but in keeping with the “leaner times” and “leaner operations” mentioned by most players in the tourism industry, the company says it is focusing on conservation efforts for now in Zimbabwe.

Whether feet on the ground or bums in boats, at a time when the world, with access to news reports and devices, should be thinking seriously about sustainability and survival beyond that of the individual, a sharp focus on the wellbeing of the planet’s biodiversity is what’s needed.

In Matabeleland North, where these and other iconic tourist and natural attractions are found, the tourism industry is clearly leading the way through investment, in not just ticking, but colouring in the necessary boxes of conservation, careers and social concerns.