By NewsroomSeptember 30, 2019Conservation, Uncategorized
No Comments

WINDHOEK: The Ministry of Environment and Tourism has announced that the Protected Areas and Wildlife Management Bill is in the stages of finalisation.

This was revealed by environment deputy minister Bernadette Jagger during the World Rhino Day celebrated in Khorixas over the weekend. 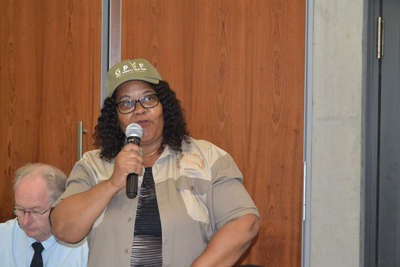 She confirmed that once passed, the Bill will enable the prosecution of poachers and stiffer sentences for those who benefit from illicit wildlife trade.

Equally, Jagger explained that the ministry is busy revising the National Strategy on Wildlife Protection and Law Enforcement.

“The revised strategy will respond to new challenges posed by poaching and illegal wildlife trade. To address both the supply of and demand for illegal wildlife products, institutions and law enforcement must be strengthened at all levels, across all affected regions and close cooperation with neighbouring countries,” she said.

Wildlife trafficking is a multi-billion-dollar business that is decimating Africa’s iconic animal populations. Many iconic species such as the African rhinoceros face the risk of significant decline or even extinction.

According to latest statistics, a total of 9 273 rhinos have been poached in Africa between 2007-2018. World Rhino Day is an international event celebrated annually on September 22. In Namibia the day is an opportunity for the government, non-governmental organisations and communities to come together to celebrate this magnificent species and create more awareness about it.

This year’s event was celebrated under the theme “I am a Rhino Friend Forever”. The event was hosted by the Namibia Nature Foundation and Save the Rhino Trust, under the Rhino Pride Campaign, supported by United States Agency for International Development (USAID) through the World Wildlife Fund in Namibia (WWF).

The partnership between the United States and Namibia includes the USAID-funded Combating Wildlife Crime Project. This five-year initiative began in April 2017. It is being implemented by WWF in Namibia, in partnership with a consortium of 12 non-governmental organisations that are supporting the government and communities to combat wildlife crime and illegal wildlife traffic.

The event also highlighted the contribution of the Rhino Pride Campaign towards safeguarding rhinos.

The Rhino Pride Campaign encourages a sense of pride in living with rhinos and fosters the notion that wildlife crime is economically damaging to the region and the nation.

U.S. Ambassador Lisa Johnson said she is happy to report that their hard work together is already paying off.

“I am so encouraged to hear that zero rhinos have been poached over the last two years in the north-western communal areas of Kunene,” she said.