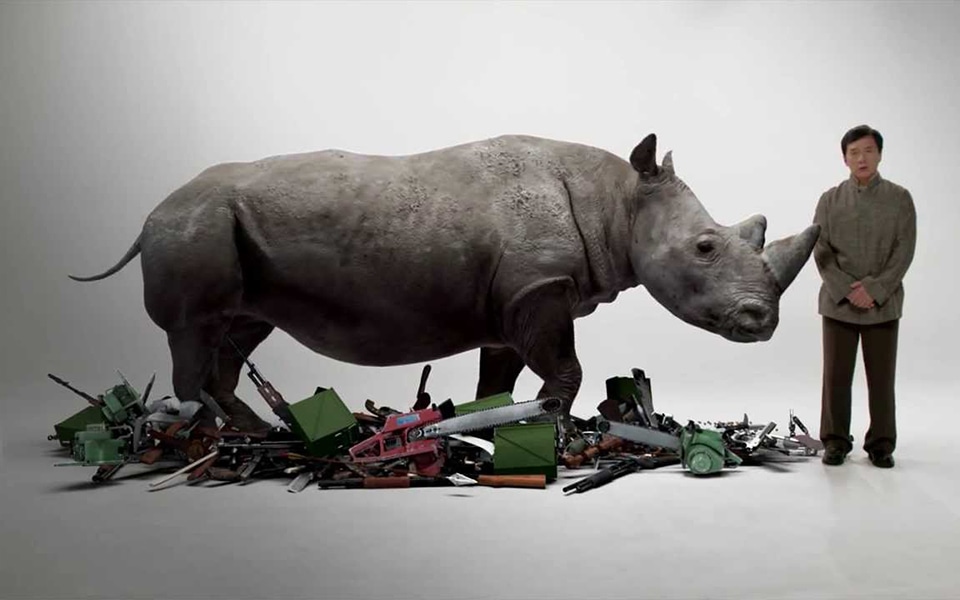 Given that Sunday just past was the 10th World Rhino Day since WWF South Africa inaugurated the event in 2010, it was appropriate that Barbara Creecy, the South African Minister for the Environment, Forestry and Fisheries gave some insights into the state of rhinos in the country, covering the first six months of the year. After all, notwithstanding the ravages that poaching has wrought, the White and Black Rhinos of South Africa still represent by far the greatest numbers of the great, gray beasts to be found anywhere in the world. So, what happens to them in Africa’s southernmost land remains of immense importance to all five species, no matter where they are on the rest of the continent and in Asia.

There is no escaping the fact that the White Rhino, the most populous member of the family, has been particularly hard hit precisely because of its numbers and density in several South African reserves. And it is a sad reality that Kruger National Park, for more than a decade now, has borne the brunt of the devastation. In 2010, just after the poaching alarm bells started ringing, the White Rhino population of Kruger stood at some 10,600. Now there are fewer than half that number.

Indeed it has been a great loss, but it is important now to regularly assess what is being done to halt the slaughter and to reverse the trend. And in that respect, there is some apparently good news as the leveling off of killings from the horrendous high of 2014 not only continued during the following years but started to fall. This trend persists and although progress was modest, the latest figures show a further drop: South Africa lost 386 rhinos for the period January to the end of June 2018, but this fell further to 318 for the same period this year (more than half of them—190—in Kruger).

There is a caveat, however. Make no mistake, any drop in the killing rate is to be welcomed, but bear in mind that as something becomes rarer it is inevitably harder to find. So, as the population as a whole has fallen, it makes sense that fewer rhinos are being poached. The real worry has to be that such is the determination of the poaching syndicates to acquire horn that their efforts, if anything, are intensifying.

Certainly, the percentage of rhinos being killed shows no meaningful drop. In 2010 Kruger probably had somewhat more than 11,000 rhinos in total (10,600 White and some 400–500 Black). So, over the worst poaching years, when an average of upwards 800 Kruger rhinos were being taken each year, this would have been something of the order of seven percent of the total. This on top of natural mortalities, could not be sustained and, predictably, numbers crashed.

Fast forward to 2017 when Kruger’s rhino population sat at around 5,300–6200 (White 4,759–5,532 and Black 427–586) and the statistics showed that some 505 rhinos were poached in the park that year. This means that somewhere between 8.2 and 9.5 percent of the remaining rhinos had been taken and that poaching pressure was indeed increasing.

Knowing this, it hardly seems possible that there could have been any population recovery in 2018 and 2019—to the contrary, it is very likely that numbers would have dropped further. We know that 190 poaching deaths occurred in Kruger the first six months of this year and even if this figure is contained to around 300 for the full year, as a percentage of the remaining rhinos it remains frighteningly high.

Any optimism in this regard seems misplaced: in 2017, 1,702 poaching activities were recorded in the park and in 2018 this rose to 1,873. In the first half of 2019 some 1,202 poaching incursions and activities were recorded (already 64 percent of the 2018 total), and unless a major fall-off in poaching is currently taking place, the final figure could well exceed 2,000 for the year.

Minister Creecy, however, focuses on the headline decrease in the number of rhinos: “Not only is rhino poaching once again showing a decline, but our successes in the courts are also noteworthy … Although the battle to end poaching is far from over, we are proud to say that our efforts as a government, as private rhino owners, and as concerned citizens, are paying dividends as we continue to implement the Integrated Strategic Approach to the management of rhino”.

Putting a positive spin on the situation is understandable, and her enthusiasm for the collective efforts of government and civil society on behalf of rhinos is certainly warranted. One shudders to think where the species would be without these efforts, not only in South Africa but in many other range states as well.

Tracker and sniffer dog teams, anti-poaching units working in extremely dangerous conditions, forensic scientists, technology experts working with cameras, drones and long-distance detection devices, special police units, prosecutors and the courts, law-makers, those working on demand reduction, with communities and the youth, and many more are playing a pivotal role and deserve our undying gratitude for the work they are doing.

But while we look for the positive in our efforts, let not self-satisfaction blind us to the reality of what remains a very, very serious situation.