By NewsroomNovember 24, 2020Hunting
No Comments 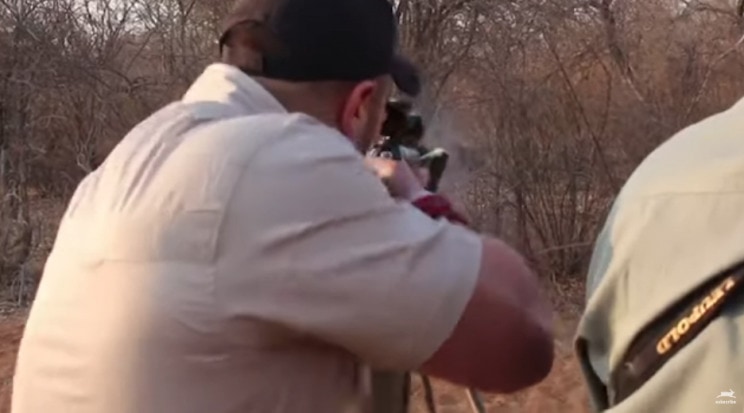 President Cyril Ramaphosa has denied allegations that he breeds and sells animals from from his Phala Phala wildlife breeding operation for trophy hunting.

The People for the Ethical Treatment of Animals (Peta), a non-profit American animal rights organisation, said on Friday that its secret investigation found that Ramaphosa secretly profits from trophy hunting through hunting company Tsala Hunting Safaris.

It alleged that the President owns a stake in the company.

“Peta’s recordings of Ramaphosa’s managers reveal that he is quietly developing and expanding a trophy hunting property called Diepdrift—stocking it with animals from his personal wildlife-breeding operation, Phala Phala—and that he owns a 50% stake in Tsala Hunting Safaris.

“The group recorded conversations in which Ramaphosa’s staff members admit that he shares equally in the profits from all hunts conducted through Tsala and spoke of the importance of concealing his involvement.

“One said: ‘We try to keep the president’s name actually out of the hunting thing …. So [Ramaphosa] wanna spare himself this, how can I say, bad publicity and all of that. So … we gotta do it under a different name brand, where none of my name or his name are connected to it.’

“President Ramaphosa is lining his pockets through the cold-blooded murder of gentle, curious elephants and other wildlife, who deserve protection, not exploitation,” says Peta President Ingrid Newkirk.

“The majority of South Africans will not applaud their president for auctioning off the country’s wildlife to overseas trophy hunters for personal profit.”

However, the President has denied being engaged in illegal or unethical activities in any form, adding neither him nor Phala Phala have a stake in the trophy hunting industry or in Tsala Hunting Safaris.

“Phala Phala’s wildlife breeding and management activities comply with best ethical and lawful practice in the sector,” he said in a statement.

According to the president, his company had entered into an agreement with Tsala Hunting Safaris to hunt game in its annual culls of game such as impala, buffalo, kudu and wildebeest to avoid carrying excess numbers – game that would in any event have been culled.

Phala Phala Wildlife, however, gave notice to Tsala Safaris to terminate the hunting arrangement following other allegations against the company.

“That Peta US continues to use its platforms to disseminate false information regarding Phala Phala Wildlife and President Ramaphosa is wholly regrettable.”