By NewsroomJanuary 18, 2020Anti-poaching, Conservation
No Comments

JAKARTA: Forest rangers in Indonesia’s Aceh province will this year be allowed to carry firearms for the first time in decades, in the latest move by local authorities toward harsher law enforcement against environmental violators.

The Aceh government has earmarked 1.4 billion rupiah ($102,000) in the provincial budget to buy rifles and handguns for local rangers. Unlike their counterparts in other provinces across Indonesia, who already carry firearms, Aceh’s forest rangers have since the 1970s only been armed with bladed weapons. The firearm ban was imposed in response to a separatist insurgency, which ended with a peace deal in 2005.

The rearming of the rangers after several decades reflects the growing threats they face from the poachers and illegal loggers and miners ransacking some of the last great expanses of intact rainforest left in Sumatra. 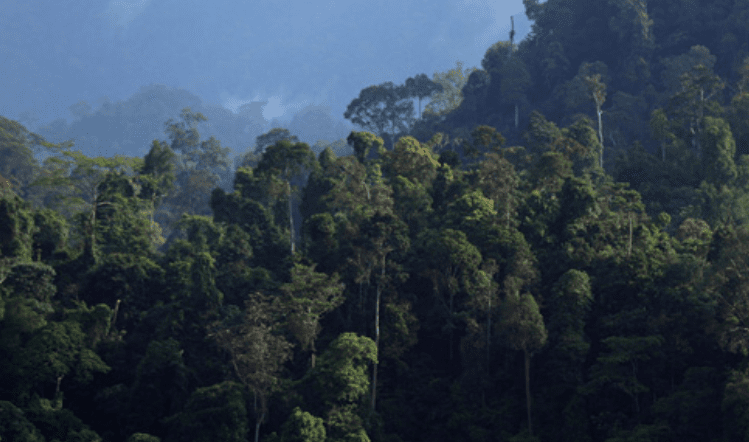 “During operations, the threats are very high for the officers,” Muhammad Daud, the head of conservation at the provincial environment agency, told Mongabay by phone on Jan. 14. “In our experience, illegal loggers or miners carry weapons … not firearms, but machetes, knives and chainsaws.

“If we do an operation only carrying bayonets or knives, surely [the loggers, miners or poachers] won’t budge, and instead they’ll fight back,” Daud said. “So our weapons must be at a higher level than theirs.”

The move to once again arm Aceh’s rangers is mandated under an Islamic bylaw, known as a Qanun Jinayat, passed by the local legislature last September. A separate draft qanun is currently being deliberated that would prescribe 100 lashes of the cane for wildlife poachers. That punishment would be in addition to jail terms of up to five years and fines of up to Rp 100 million ($7,300) already prescribed under national laws.

To reduce the potential for firearm abuse, Aceh’s forest rangers will have to undergo training and testing to obtain a gun license from the police. Even then, not all of them will get a gun, Daud said.

“On the ground, we encounter all kinds of people and we must anticipate this so that the rangers won’t shoot indiscriminately,” he said. “The goal is not to kill, but to defend. We will keep prioritizing a soft approach.”

Conservationists have largely welcomed Aceh’s plan to arm its forest rangers once again, but some have expressed doubts that it will be effective in tackling human encroachment into forests that are the last place on Earth where critically endangered tigers, rhinos, orangutans and elephants still co-exist.

“Arming them will certainly give the forest rangers a boost of confidence during an operation,” Dewa Gumay, the Aceh program manager at the conservation NGO Fauna & Flora International-Indonesia, told Mongabay.

He added the potential for rangers to misuse and abuse this new power was low, given they were under the direct scrutiny of the government and the general public, unlike the military and police.

“But it is fair to raise those concerns, and that’s why we urge the forestry and environment department to seriously monitor the use [of the firearms]. This includes confiscating the firearms if there is misuse,” Dewa said.

He added the gun policy shouldn’t be seen as a silver bullet against environmental violators.

“It would be wrong to think that Aceh forests will be safer [with armed forest rangers]. I’m pessimistic that it would be the cure,” he said.

Observers have raised similar concerns about the draft bylaw that calls for caning violators, noting that the existing prescribed punishments are already severe enough to create a deterrent effect — if enforced properly.

“Our laws are already quite clear about activities that are strictly prohibited in forest areas,” Rudi Putra, the founder of the Aceh-based NGO Leuser Conservation Forum, told Mongabay.

“Much of the illegal logging that happens in Indonesia’s forests is because we fail to be stringent in protecting them,” he said.