Rangers under constant threat in Africa, Asia and Latin America 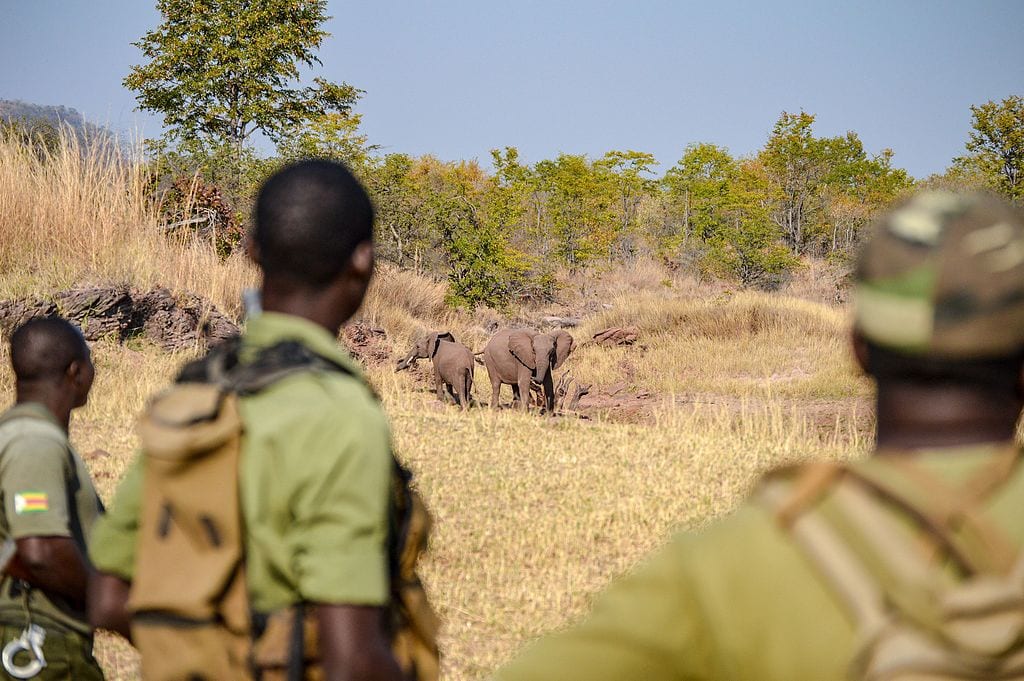 Nearly 80% of wildlife rangers in Africa, Asia and Latin America have faced at least one life-threatening situation in the course of their work, new research on the perceptions of rangers has revealed.

African respondents had the highest proportion of rangers who have faced at least one life threatening situation (88.6 percent) and Asian rangers the lowest (63.4 percent), according to the study, which is described as the first large-scale ranger perception study conducted in the three regions.

It was published in the latest issue of the journal, Parks. “The job of a ranger, like all law enforcement jobs, is an inherently dangerous one,” writes author Rohit Singh of the WWF, who led the study with WWF colleagues and Global Wildlife Conservation. “That almost 80 per cent of all rangers surveyed have faced at least one life-threatening situation is testament to that fact.”

“Many local communities that live in or around protected areas usually depend on resources within for their livelihood or subsistence. This and the growing demand for wildlife products for the illegal wildlife trade is likely why more than half of respondents have been threatened by communities and/or poachers.”

This is particularly true in Africa, where demand for elephant ivory and rhino horn has led to the involvement of organised crime syndicates and armed militia that use highly advanced technology and heavy firearms, resulting in the high proportion of African respondents who have been “attacked by poachers” (66.7 percent), say the authors.

Asked if they felt they were provided with sufficient basic equipment that includes boots, tents, a compass, GPS and other field gear as well as access to basic amenities such as clean drinking water, toilets, and bedding facilities, most at 68.1 percent,  felt they were not.

The research shows how 65.3 percent of respondents felt that they were adequately trained to do their job to address the threats to biodiversity at their site. “The key reason selected by rangers surveyed from all three regions as the motivation for continuing as a ranger was ‘I enjoy being close to nature’.”

After this, African respondents cited how, ‘I am a respected member of the community because of this work’ and ‘I like to implement the law’ were the two most highly ranked reasons after enjoyment of nature.”

When respondents were asked to rank the worst aspects of being a ranger, “low and/or irregular pay” and “dangerous working conditions” were overwhelmingly two of the top choices for all three regions.

The results show rangers are motivated professionals with a true commitment to work and protect nature despite the harsh working conditions and lack of public recognition.

With dangerous working conditions, low salary, and poor work-life balance frequently topping the list of the worst aspects of ranger work, one of the greatest challenges is to improve basic working conditions throughout this sector.

“There is a huge shortfall in the provision of the health supplies, vehicles, weapons, field equipment, shelter, fresh food, and potable water required to keep rangers safe and ensure their effectiveness. Countries must allocate greater budgets for such items in the vast majority of locations where rangers work. Additionally, there is always a need to increase ranger numbers. The effectiveness of a protected area has been found to correlate strongly with the density of rangers.

One of the greatest challenges is to improve basic working conditions throughout this sector. “Rangers should be treated similarly to other valued public employees who risk their physical well-being to protect the interests of the state – such as police, border officials, firefighters, military, and emergency response specialists.”

Rangers should be professionalised to the same extent as others performing comparable functions and be paid commensurate salaries and paid on time.

A shortfall of adequate training remains. “The long-term sustainable way to achieve this is through the establishment of specialised colleges and institutions and strengthening of existing institutions, which can develop and deliver a tailor-made curriculum based on best available practices, as well as being able to adapt it to any emerging threats.

“While government agencies and conservation partners work on the long-term solution, more needs to be done on providing refresher training and specialised short-term courses to frontline staff in line with global standards.

“lso, there is a need for more holistic training that not only covers technical skills but also concurrently supports ranger wellness and resilience to help build capacity in ‘soft skills’ that help enable career advancement, improve self-management and the ability to deal with challenges faced.”

The study results confirm much of what was previously only “anecdotally known” about the poor and dangerous working conditions of rangers, especially for the regions of Asia and Latin America where there is a dearth of ranger information.

“However, it also highlights the urgent need for further studies to improve current knowledge on rangers and the issues they face. Further studies on the threats rangers face and training received will not only allow for deeper understanding of the context behind the results of this study, they also provide the baseline information required for many of the recommendations mentioned.”