By NewsroomFebruary 18, 2020Conservation, Education
No Comments

Banning the import and export of big game hunting trophies would recognise the destructive impact European powers have had on wildlife in former African and Asian colonies, Sir Ranulph Fiennes has said.

Speaking to the Guardian, the veteran British explorer said hunting endangered species such as rhinos, elephants and lions to keep their body parts as trophies should be viewed with the same scepticism as Chinese traditional medicine in terms of the damage it does to biodiversity.

The 75-year-old explorer, who spent a large part of his childhood in South Africa, has called for trophy hunting to be “stopped country by country” and said efforts to halt the extinction of wildlife around the world were hypocritical while big game hunting was still allowed. 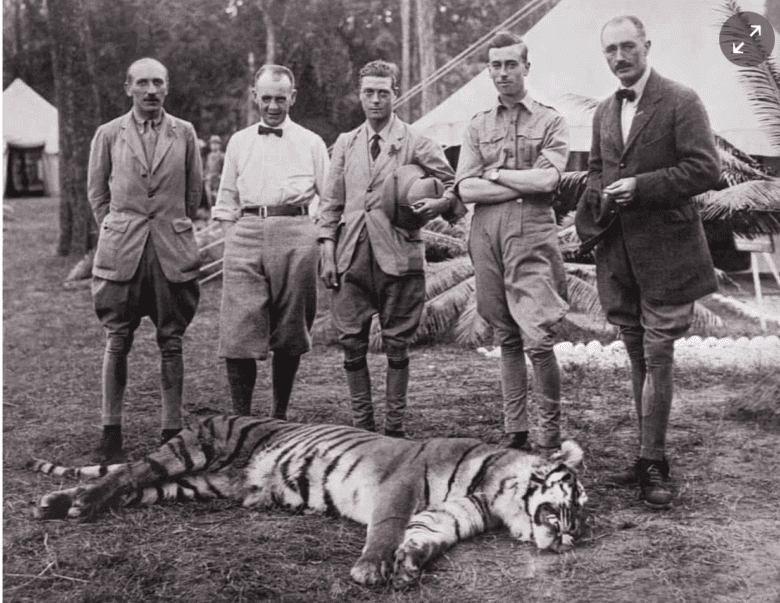 Original photo by The Guardian

Reflecting on his early years in Cape Town and the influence of the British empire on trophy hunting, Fiennes said: “Just as much as the Belgians in the Congo and the French elsewhere, they unleashed the plague of persecuting animals – not like the locals did to eat, but purely for the pleasure of killing. That started the devastating damage to many, many wonderful species.”

Comparing trophy hunting with the demand for ingredients such as powdered rhino horn in traditional medicine in Asia, he added: “It’s not medically proven in any way. And yes, it goes on. China is particularly guilty, as are South Korea and many other countries in that area.

“You’ve got the empire lot and the weird medical quack lot both going on to this current day and it’s got to be stopped country by country. We can stop it in the UK at least and thereby feel slightly less guilty because of our ancestors.”

Fiennes’s comments come during a consultation by the British government on applying controls to trophy hunting, including a proposal to ban imports, that was laid out in the Queen’s speech. In the wake of the death of Cecil the lion in 2015, France, Netherlands and Australia introduced bans on the import of lion trophies.

Last year, the Guardian revealed lion bones, leopard skulls and an ottoman chair’s elephant leather were among the 74 rare animal body parts legally brought into the UK in 2018.

Under international rules overseen by the Convention on International Trade in Endangered Species of Wild Fauna and Flora (CITES), trophies can be moved around the world if they do not affect the survival of a species.

Fiennes said: “Bearing in mind that climate change is helping to remove animals and in 50 years time probably humans as well, now is the time for us to get into a position without being hypocritical.

“We are all hoping that Boris will see that cruelty is what we’re talking about – bullying bastards are involved and people who are vain sticking lovely dead animals on their walls.”

In America, Donald Trump has previously spoken out against big-game trophy hunting despite Donald Trump Jr being a keen hunter. A week-long “dream hunt” with the US president’s son was auctioned off earlier this month at an annual trophy hunting convention organised by Safari Club International (SCI), where it went for $150,000. Another lot offered the chance to shoot an elephant on a 14-day trip to Namibia.

Supporters of trophy hunting such as SCI argue that the practise supports conservation efforts for endangered wildlife. The organisation said it had written to the governments of Botswana, Mozambique, Namibia, South Africa, Tanzania, Zambia and Zimbabwe in relation to the proposed trophy hunting import ban in the UK.