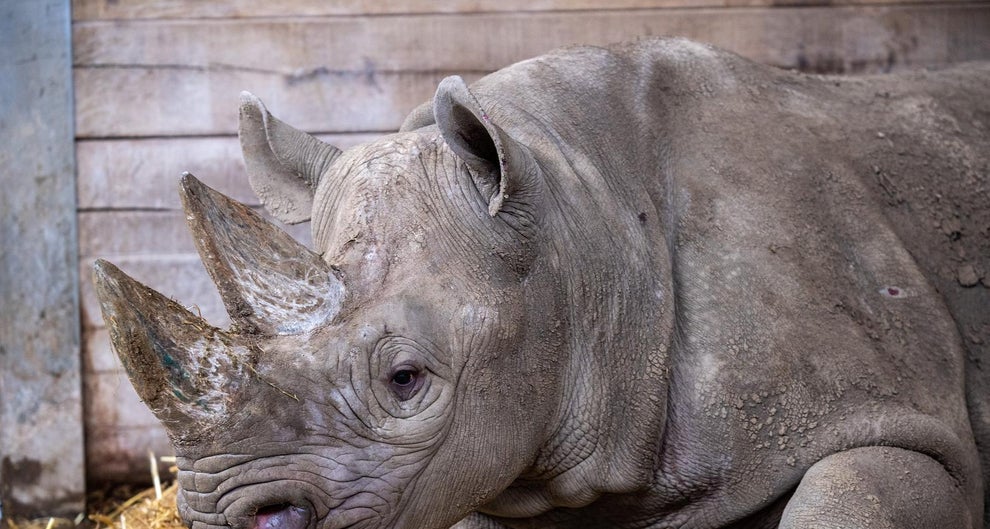 Chanua will call Tanzania home. Image: As originally published by The Yorkshire Post.

Now they’re sending eight-year-old Chanua to Udzungwa Forest Project. The rhino was born in Chester Zoo in 2012, before transferring to Flamingo Land in 2015.

The resort’s owner Gordon Gibb said: “Chanua’s keeper Sam de Belle said ideally she would be the last one she wanted to return to the wild – she is such a lovely individual, very playful and extremely placid – but the greater good comes first.

“We are absolutely delighted to be involved with this and it is a testament to the hard work of the keepers and the company’s mission statement.”

Chanua, who is now breeding age, was selected on the basis of her blood groupings by the stud book keeper for all rhino collections in the UK.

Her return to Tanzania is significant because there are so few black rhinos left – just 167 in 2019.

Rhinos are hunted and killed by poachers for their horn which is prized in parts of Asia, where it is thought to have medicinal properties.

In the run up to her leaving she is getting used to the container she will travel in, and getting enticed in with food.

“The next step is making a bit of a clatter so she doesn’t get spooked,” said Mr Gibb. “She’s assimilating and will be hopefully OK on the day.”

Once she’s arrived in Tanzania following her 12-hour flight, it will be around a month before she is released after getting used to local food.

Mr Gibb witnessed the emotional release of Olmoti back to the wild. He said: “It was the culmination of my life’s work.

“We were pretty proud of ourselves that day.”