By NewsroomSeptember 27, 2021Anti-poaching, Science and technology, Wildlife Trade
No Comments 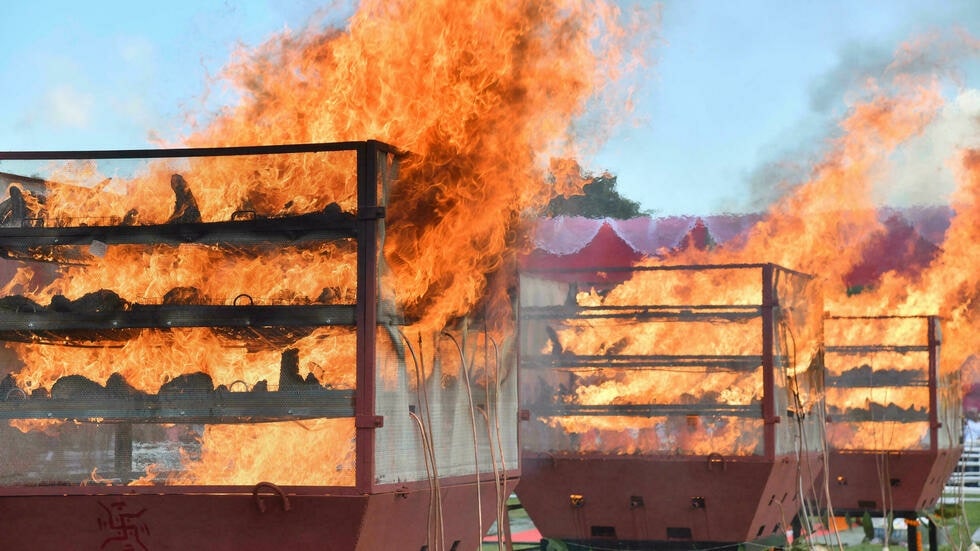 The horns were placed in large furnaces before being set alight. Image: As originally published by France24.