The notorious Rathkeale Rovers rhino horn theft gang have been stopped in their tracks — by the global ­Covid-19 pandemic.

The Irish Sun can reveal leading members of the mob returned to their native Co Limerick to celebrate St Patrick’s Day but have now been grounded due to restrictions on flying.

Before returning to Ireland three days before March 17, some members of the theft gang had been selling generators involved in tarmac scams in Coronavirus hot-spots such as Italy, Spain and Germany.

Other places visited towards the end of 2019 and at the start of this year included the United States, Argentina and Central America. 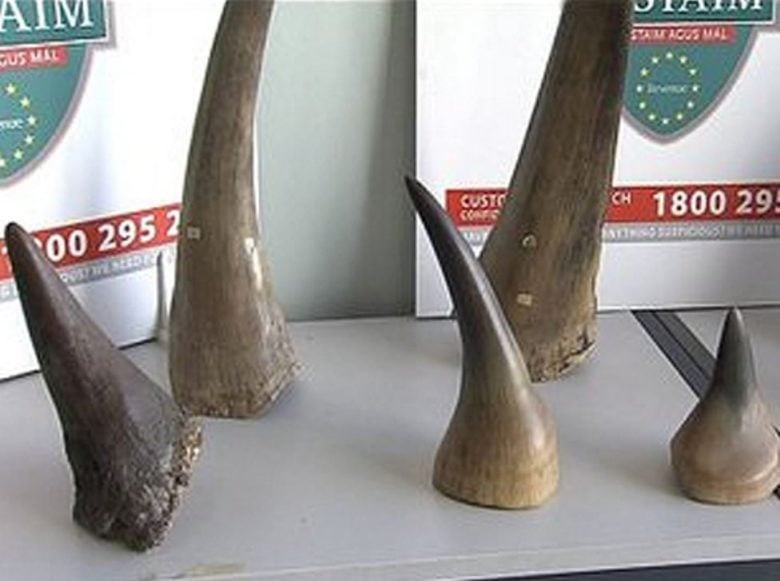 Original image as posted by The Irish Sun: Rhino horns targeted by the roaming gang

But since returning to Ireland before St Patrick’s Day, gardai in Limerick have raised concerns over the failure of some senior members of the gang to engage in social distancing.

Their concerns have been sent to the gardai’s Covid—19 Unit at Garda HQ. We can also reveal senior community workers met with some of the Rathkeale associates last week in a bid to persuade them to adopt the social distancing guidelines.

A source said: “The gang are struggling because they’re used to travelling all over the world at this time of year.

“There have been some serious concerns raised about their behaviour in this current climate because they’re not listening to the advice.

“There’s also no doubt there will be some serious public order incidents over the coming weeks involving these guys because some of them just don’t care.”

The members of the gang who are currently in Limerick include Richard Kerry O’Brien and John Kerry O’Brien, who were both caged in April 2016 over a €73million plot to raid museums in the UK.

Also back on the streets is Danny ‘Turkey’ O’Brien, 47, who was caged for eight years for his role in the scam.