By NewsroomFebruary 24, 2020Conservation, Education
No Comments

SINGAPORE: A report on wildlife trafficking in South-east Asia has condemned “jaw dropping” levels of illegal wildlife trade in the region and urged Singapore, as a major transit hub, to increase the maximum jail term for wildlife crimes.

In the report, released on Thursday (Feb 20), British-based Traffic, which monitors the global wildlife trade, said wildlife laws here are “generally adequate” and conviction rates are high, but noted that the maximum jail term of two years is well below the regional average of eight years.

The report, “South-east Asia at the heart of wildlife trade”, also said that some of Singapore’s regulations on the reporting of trade data are unclear. 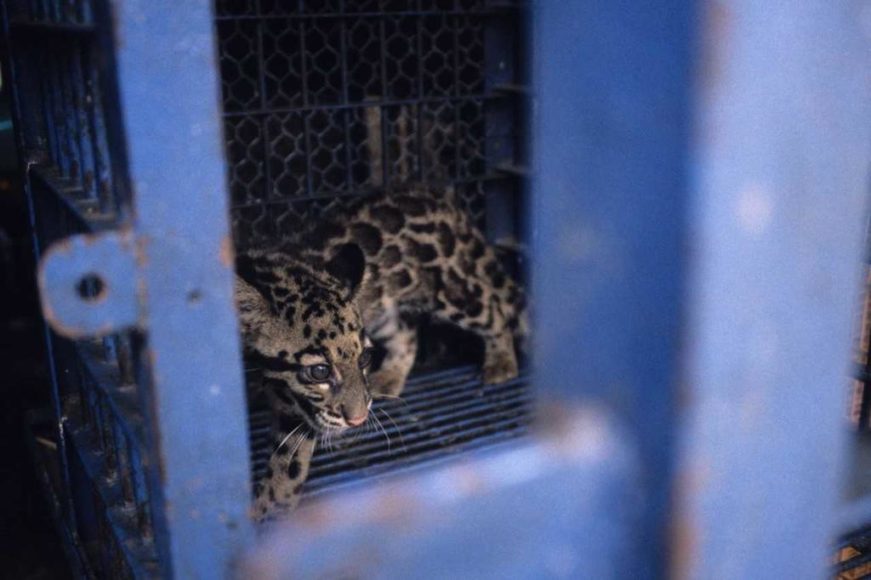 It analysed thousands of successful seizures across the 10 members of the Association of South-east Asian Nations (Asean) in recent years of both living animals and wildlife products such as rhinoceros horn and elephant ivory. They are traded as pets or used to make luxury goods and traditional medicine.

In recent years, some 900,000 pangolins have been trafficked globally, with significant proportions linked to South-east Asia, and more than 200 tonnes of African elephant ivory and 100,000 pig-nosed turtles were seized in the region.

But the authors noted that the statistics represented only a fraction of the true magnitude of illegal wildlife trade in the region as the data reflects only successful seizures. Regulations on wildlife trade have loopholes that enable under-reporting, they added.

Singapore remains a key transit hub for imports of birds and reptiles from South-east Asia, the report stated.

Large amounts of ivory and pangolin scales have been seized here, indicating that smugglers use ports in Singapore to move these commodities within the region, the report stated. Scales of pangolin, a type of anteater, are used in traditional Chinese medicine.

Last year, more than 25,000kg of African pangolin scales that were meant to be shipped to Vietnam from Nigeria were seized in Singapore in separate busts in April.

In July that same year, the authorities seized 8,800kg of ivory that was estimated to have come from nearly 300 African elephants.

The report noted that in August last year, the Singapore Government announced a domestic ivory trade ban to take effect in 2021 as part of its effort to control and prevent the illegal trade in ivory.

Regulations for reporting on trade data here are unclear, the report stated.

Incomplete import and export data was reported to the Convention on International Trade in Endangered Species (Cites), a global organisation based on an international treaty to ensure sustainable wildlife trade. Singapore joined Cites in 1986.

For instance, 86,000 records of bird species listed under Cites were not accounted for after entering Singapore from 2005 to 2014, the report stated.

“(This calls) attention to a combination of discrepancies in trade data recording, misreporting by both importing and exporting parties as well as concerns regarding trade practices.”

The report also cited some strengths of Singapore’s regulations on wildlife trade. Wildlife crime is regarded as a serious offence under the country’s Corruption, Drug Trafficking and Other Serious Crimes Act.

Singapore is also proposing to revise the Wild Animals and Birds Act, Singapore’s primary domestic wildlife protection legislation, with proposed fines up to 10 times more than the current maximum fine of S$1,000.

“A speedy and effective prosecution and conviction process is in place, including for ivory and rhino horn cases,” it said.

The report highlighted two separate cases of arrests made in 2014 and 2017 for illegal imports of black rhino horns and ivory which landed two men in jail for 15 months.

Mr Louis Ng, founder of Animal Concerns Research and Education Society (Acres), told TODAY that although raising the jail term for wildlife crimes in Singapore is important, it is not enough to make a large impact on the illegal wildlife trade.

“(Increasing) the jail term can be a good deterrence but it will only target low level criminals and won’t make a huge dent on the trade,” said Mr Ng, who is also Member of Parliament for Nee Soon Group Representation Constituency (GRC).

Mr Ng added that the authorities should follow the money trail by checking financial audits to track down the kingpins of these criminal organisations.

When illicit credit transactions are traced and frozen, it will be more difficult to profit from wildlife trade, thereby discouraging it, he said.

The report also stated that more information on wildlife trade should be made accessible to the public for transparent management of international trade and domestic sales.

This includes information on captive breeding activities in Singapore, quotas for wildlife trade and stockpiles of wildlife products.

The report added that authorities should regularly inspect outlets licensed to trade wildlife and work with social media companies and other online platforms to identify, prevent and remove posts selling wildlife illegally.

Senior lecturer Joanna Coleman at the Department of Biological Sciences of the National University of Singapore (NUS) told TODAY that Singapore can look to successful instances where consumption of wildlife products was discouraged to understand what interventions are needed.

“We’ve had successes when it comes to wildlife trade,” said Dr Coleman. “(For instance), demand for shark fin in China has plummeted in recent years due to active campaigning that has begun to alter our social norms.”

“I think we should start by analysing the aspects of these successes that worked and identifying how to apply them to our society.”

Professor Michael Gumert of Nanyang Technological University’s School of Social Sciences said it was difficult to change people’s cultural beliefs in areas such as traditional medicine using illegal wildlife. “Most people won’t give up on strong beliefs,” he said, adding that the placebo effect reinforced their belief that the medicine was effective.

Education and changing mindsets was best directed at younger people, he said.