Returning the black rhino to Rwanda

In a world filled with a mixture of beautiful wildlife, so diverse we’ll never know the true extent of it, it can be upsetting to discover that many of these animals are becoming endangered or extinct at alarming rates.

With several contributing factors, one of the most common is down to us as humans, and more and more animals are feared to become extinct in the coming decades. However, despite this, a large number of conservation efforts have been made over the years to help save these animals. One animal, which went extinct in Rwanda, the black rhino, has since been successfully re-introduced. 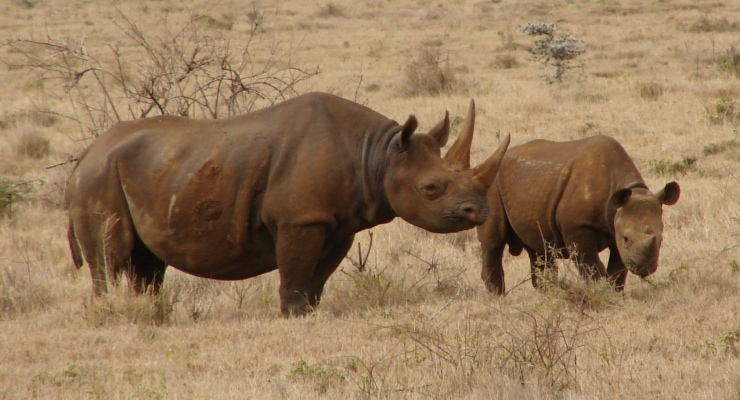 Original photo as published by The African Exponent

A gorgeous animal, the eastern black rhino is a sub-species of the rhinoceros. However, despite thriving back in the 1970s with more than 50 living in the Savannah habitat of the Akagera park in Rwanda, their numbers quickly declined over the decades. The black rhino, in general, has seen a huge population decrease across the globe by around 96%, falling from 70,000 to around 2,410 between 1970 and 1995.

This was primarily down to poaching, and the result of this was the black rhino going extinct in Rwanda, with the last sightings in 2007.

However, since then, efforts by animal conservation specialists have helped bring the rhino back through two successful missions.

The first of these took place in May 2017. This saw 19 black rhinos brought from Johannesburg to Rwanda by animal transport specialists Intradco and Etihad Cargo with the help of Chapman Freeborn.

Taking place over two trips, the first saw ten rhinos moved via aeroplane and the second brought the additional nine. Accompanied by three vets and two attendants, great measures were taken to care for the animals, including temperature control and feed included in specially created pallets.

Commenting on the trip, Tom Lamb, the project manager for Intradco who accompanied the animals on both flights and their five-hour drive said:

“It is a brilliant achievement to return the extremely rare eastern black rhino to Rwanda after a 10-year absence. There are only 1,000 left globally so moving two percent of the world’s population was a big responsibility and challenge, and an incredible project to be a part of.

It was a privilege to be able to accompany the rhinos on their homecoming and witness their release back into the wild. We would also like to thank Etihad Cargo for their role in professionally operating the two flights.”

Following the success of the 2017 trip, a dispatch of black rhinos was made two years later.

Flown in from Europe, this trip saw five rhinos brought across to help widen the gene pool in the Rwanda area. The concern was that the rhino population in the area could become damaged from in-breeding, hence the addition of non-related black rhino.

Successfully taking place in June 2019, this was the largest transportation of rhinos from Europe to Africa, with two males and three females aged between two and nine brought into the mix from Yorkshire, the Czech Republic and Denmark.

While it’s still early days, the success of the movements should hopefully see a growth in the population of this animal in the wild, with the hope that more efforts similar to this will save many more animals over the decades.